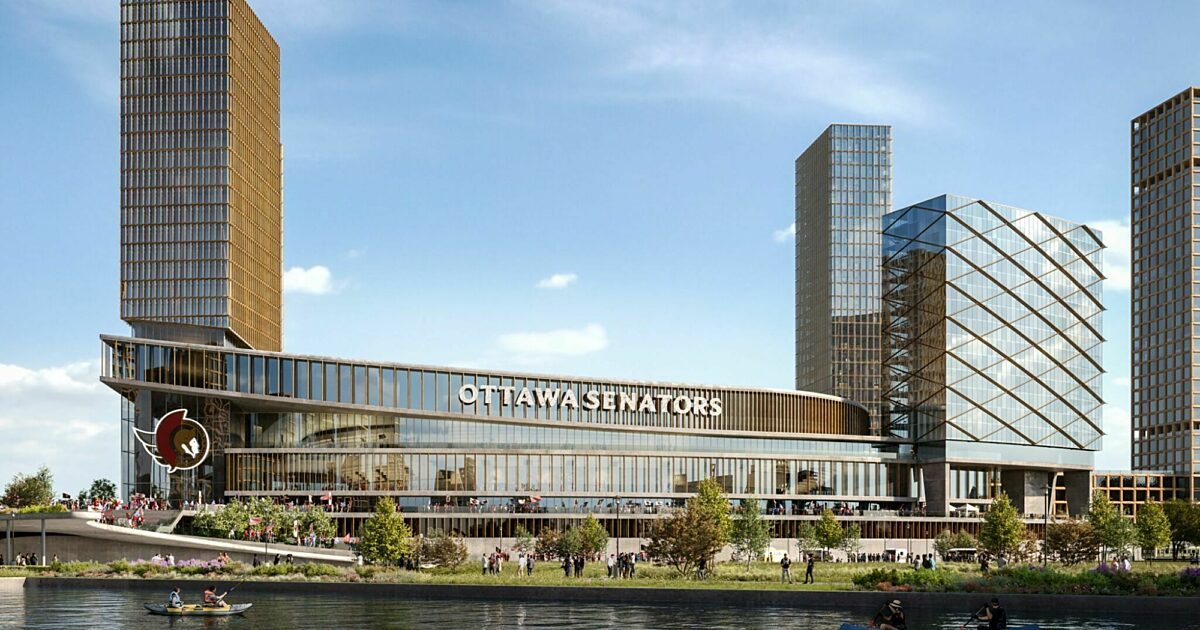 The National Capital Commission (NCC) and Capital Sports Development Inc. (CSDI), a group led by the Ottawa Senators NHL hockey team, announced the signing of a memorandum of understanding (MOU) toward the development of a major event centre at LeBreton Flats.

CSDI is proposing to build an NHL hockey arena and events venue surrounded by mixed-use development, located on Albert Street between Preston Street and City Centre Avenue. This site was identified for a potential major facility in the 2021 LeBreton Flats Master Concept Plan, reflecting the feedback of the more than 5,000 people who participated in public consultations during the creation of the Master Concept Plan. CSDI’s concept for an arena facility is still in the very early stages, and will be developed further over the coming months.

“This is another important step in the implementation of our Building LeBreton plan: the start of an incredibly exciting and transformative city-building project that will become a landmark and major destination in the National Capital Region,” said Tobi Nussbaum, CEO, National Capital Commission.

“Today’s announcement marks a significant move toward our long-term vision, a downtown arena at LeBreton Flats,” added Anthony LeBlanc, Capital Sports Development Inc. “We believe that this development will have a major impact on both the National Capital Region and our franchise, one that will help to shape the future of the city. We thank the NCC for their collaboration, and look forward to working alongside them as we take the next steps on this exciting journey.”

While CSDI works to further elaborate on their concept and create an implementation plan, on the basis of the MOU, the NCC and CSDI will also work toward the goal of signing a long-term lease agreement by the fall of 2023. That lease agreement will include commercial terms, as well as clear targets related to sustainability, affordable housing and benefits for the Algonquin Nation. In parallel, CSDI will also work with the City of Ottawa to secure the required municipal approvals.

CSDI’s proposal was presented with the support of these world-class firms:

The NCC’s request for expressions of interest to seek major attractions at LeBreton Flats was launched in December 2021, and attracted multiple submissions. After careful review with the intent of securing a feasible and successful project, CSDI was identified as the preferred proponent.

The development site identified in CSDI’s proposal is located between the Bayview and Pimisi O-Train stations, within a five- to 10-minute walk of either station. It is a short distance to downtown Ottawa and Gatineau, Canada’s Parliament Buildings, the Canadian War Museum, and a wide range of local amenities.