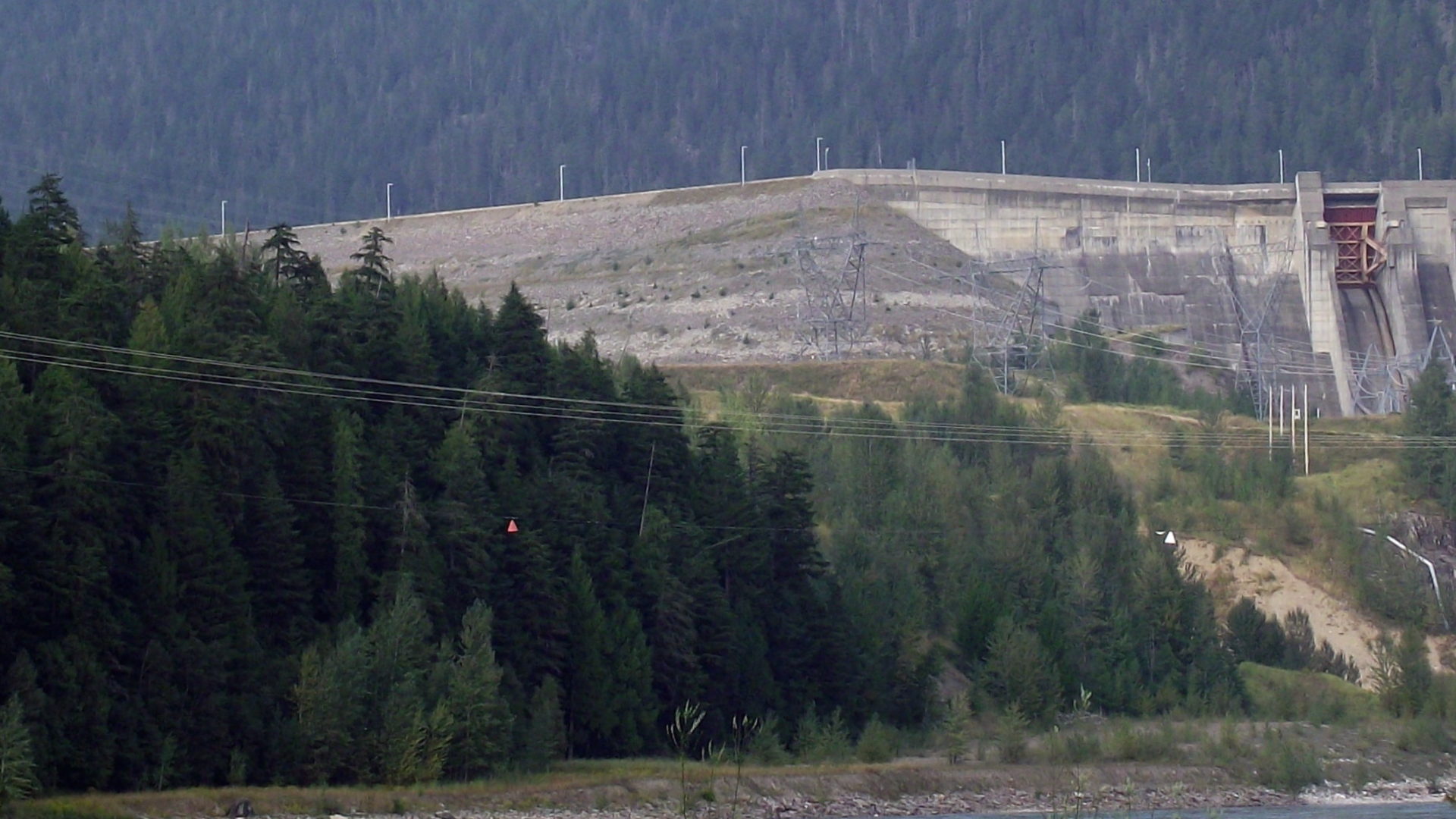 An environmental assessment certificate has been issued to BC Hydro and Power Authority for the Revelstoke Generating Station Unit 6 project (Revelstoke 6 project), following a decision by George Heyman, Minister of Environment and Climate Change Strategy and Doug Donaldson, Minister of Forests, Lands, Natural Resource Operations and Rural Development.

BC Hydro proposes the installation of a sixth generating unit into an existing empty turbine bay of the Revelstoke Dam and the construction of a capacitor station. The generating station is situated on the Columbia River, five kilometres upstream from the City of Revelstoke, and on the asserted traditional territories of the Syilx Okanagan Nation, Ktunaxa Nation, Lakes Tribe, and Secwepemc Nation. The capacitor station is proposed near Summerland and overlaps the traditional territory of the Syilx Okanagan Nation.

The Revelstoke 6 project would add an additional 500 megawatts (MW) of power generation to the dam, bringing the station’s total peak output power to 2,980 MW.

Having considered the Environmental Assessment Office’s (EAO) assessment report and the recommendation of the executive director of the EAO to issue a certificate, the ministers are confident that the project will be constructed and operated in a way that ensures no significant adverse effects are likely to occur. A record of the factors that the ministers considered in making their decision can be found in the Reasons for Ministers’ Decision document at: https://projects.eao.gov.bc.ca/api/document/5bfc5c88688ac80024bc8550/fetch

In addition to the 20 conditions that are part of the Revelstoke 6 project’s environmental assessment certificate, design requirements are specified in the certified project description. Each of the conditions and the certified project description are legally binding requirements that BC Hydro must meet to maintain compliance with the certificate. BC Hydro is also required to obtain other federal and provincial permits to proceed with construction of the project. The plans required by the conditions must be developed in consultation with key government agencies and Indigenous groups.

Key provincial conditions for the project require BC Hydro to:

In their reasons, the ministers acknowledged the EAO has taken extra efforts to understand broader issues that extend beyond Revelstoke 6’s specific impacts, to facilitate Indigenous reconciliation — notably the concerns of Indigenous groups with respect to the historical development of energy infrastructure on the Columbia River.

The EAO examined potential impacts of the project on Aboriginal rights and title (Aboriginal interests), and consulted deeply with the Syilx Okanagan Nation, Ktunaxa Nation and Secwepemc. An Indigenous consultation report is included in the decision materials for ministers and details the issues raised by Indigenous groups, the relevant mitigation, and accommodation measures, and the EAO’s assessment of the seriousness of potential impacts on each Indigenous group’s Aboriginal interests.

The EAO also consulted with the U.S.-based Lakes Tribe through the Colville Confederated Tribes (CCT). Consultation with the CCT started in early 2018 following a B.C. Supreme Court decision that found the Lakes Tribe to hold Aboriginal rights within Canada.