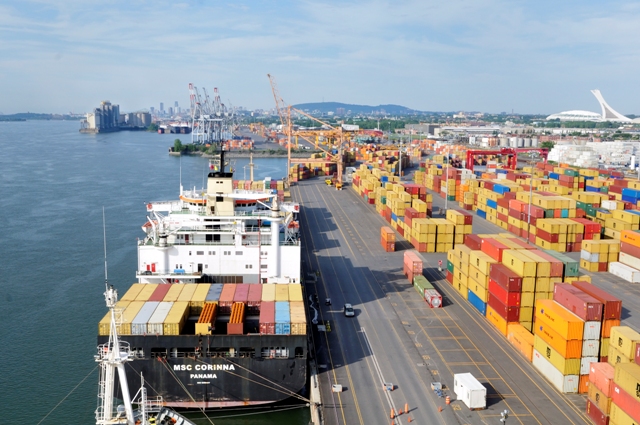 The Montreal Port Authority (MPA) has announced that following the Request for Qualification (RFQ) process for the design and construction of the Contrecoeur container terminal, three teams have been qualified, marking another project milestone.

The qualified teams are:

Located in an industrial zone, the Contrecœur land reserve was acquired over 30 years ago by the Montreal Port Authority (MPA) and has been the focus of careful collaborative planning to support the redevelopment of supply chain infrastructure in Quebec and Eastern Canada.

The Request for Qualification was posted August 4, 2020, on the MERX electronic tendering system. Five bid responses were received and evaluated. The three qualified teams will be invited to submit a bid through the Request for Proposals (RFP) process for the design and construction of the container terminal.

“The MPA thanks the companies that responded to our RFQ by submitting high quality bids. This interest in the future Contrecoeur container terminal shows that we are presenting a diligently prepared project, and that it offers substantial development and outreach prospects for businesses in the construction and infrastructure sector,” said Martin Imbleau, president and CEO of MPA.

Imbleau added that the work of the Impact Assessment Agency of Canada is ongoing and that the overall procurement process remains subject to obtaining the required approvals and permits.

By 2024, with the support of Canada Infrastructure Bank and the Government of Quebec, the Port of Montreal and its private partners intend to develop a new state-of-the-art container terminal to handle 1.15 million twenty-foot equivalent units (TEUs) when completed. Advantageously located in the main pool of consumers, importers, and exporters in Quebec and Eastern Canada, close to major rail and road routes, the Port of Montreal’s Contrecœur expansion will make it possible to consolidate local strengths to effectively meet future needs.

Operated by the MPA, the Port of Montreal is the second largest port in Canada and a diversified transshipment centre that handles all types of goods. The only container port in Quebec, it is a destination port served by the largest shipping lines in the world. It is also an intermodal hub with a service offering that is unique in North America, featuring its own rail network directly dockside connected to Canada’s two national rail networks. The MPA also operates a cruise terminal and a port centre. Port activity supports approximately 19,000 jobs and generates $2.6 billion in economic benefits annually.

New initiative to promote the use of AI in the construction...