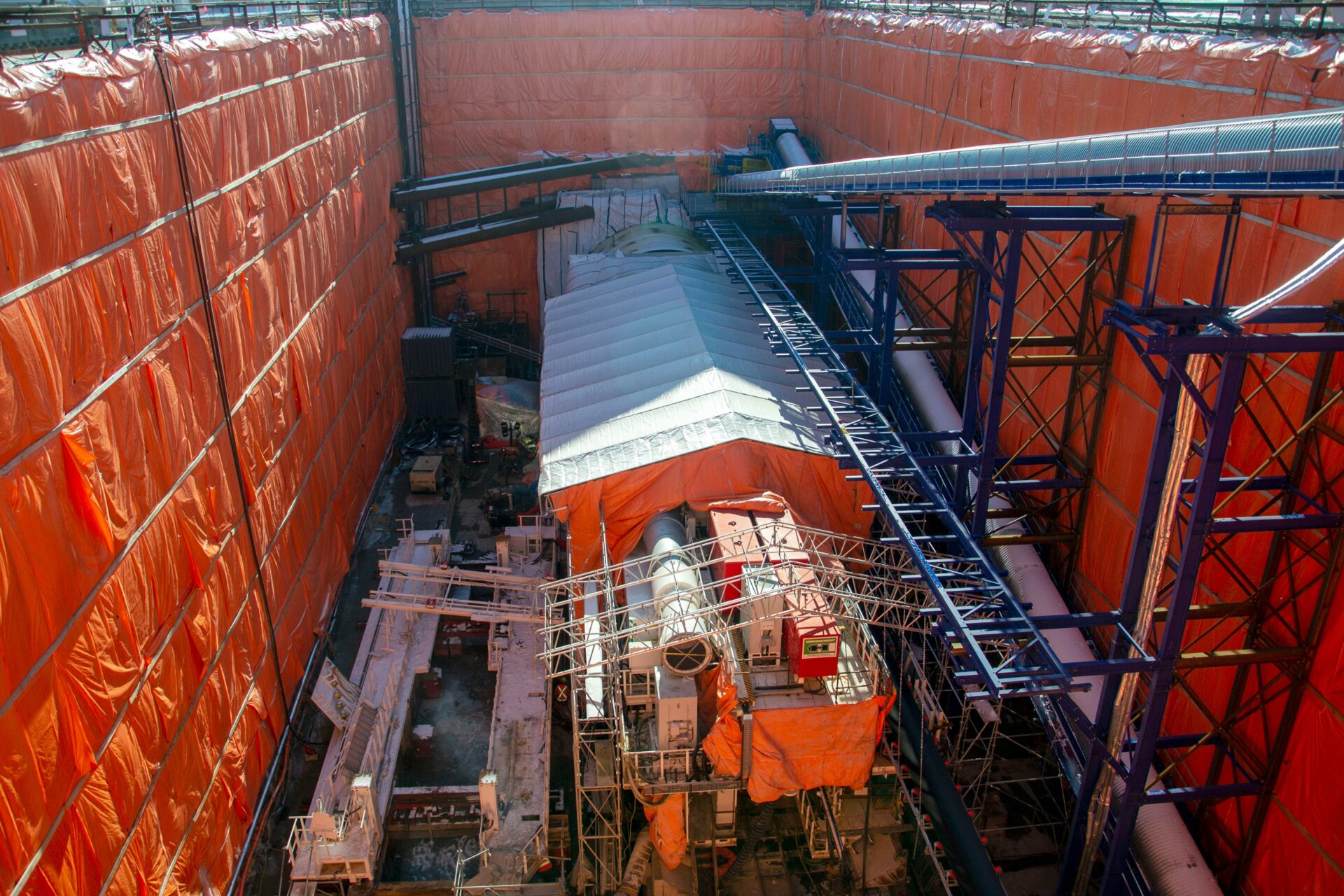 The much-needed extension will bring subway service farther north into Scarborough and accommodate as many as 105,000 daily boardings.

Since arriving from Germany late last year, crews at the project’s launch shaft, located at Sheppard Avenue East and McCowan Road, have been busy preparing the excavation required to bring the tunnel boring machine (TBM) to life.

Crews put numerous measures in place to safely and efficiently dig the deep pit, including building strong reinforced walls along the perimeter.

Over the next couple years, the TBM will travel 10 to 15 metres a day, making its way south from the launch shaft site towards Eglinton Avenue East and Midland Avenue. It will dig about 6.9 kilometres of the 7.8-kilometre tunnel that will be required to bring seamless subway service farther into Scarborough.

The remaining portion of the tunnel will be built by the contractor for the stations, rail and systems contract. At 10.7 metres wide, this will be the first subway tunnel in Toronto to contain two subway tracks operating in both directions.

As tunnelling gets underway, crews have already started work at the project’s extraction shaft site at Midland Avenue and Eglinton Avenue East, where the TBM will be extracted from the ground after completing its tunnelling journey.

Featured image: A closer look at the TBM in the launch shaft as it starts to dig the Scarborough Subway Extension. (Metrolinx photo)