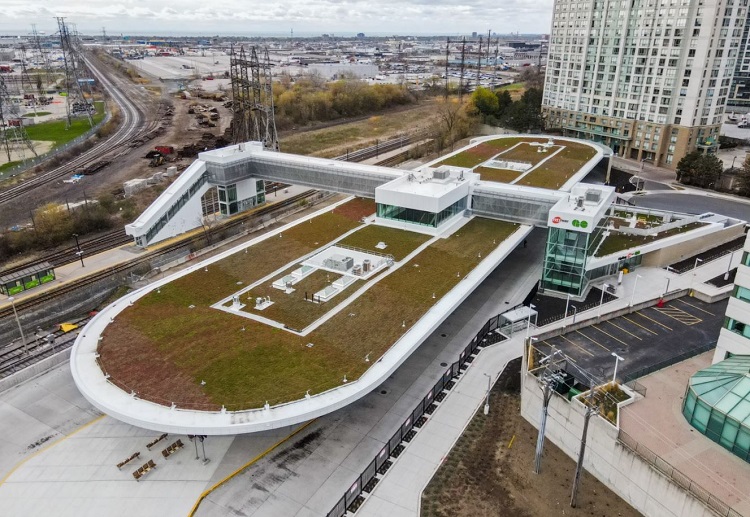 The Ontario government is bringing more transit infrastructure to East Mississauga and West Toronto with the completion of the new Kipling Transit Hub. The transit hub provides customers with full access to the new and improved station that integrates MiWay bus service, access to the TTC subway and bus, and GO rail and future GO bus service.

“The transformation of Kipling GO Station into a major transit hub is yet another instance of our government delivering on its promise to build better, more integrated transit infrastructure that supports local communities,” said Caroline Mulroney, Minister of Transportation. “The transit connections offered at the new Kipling Transit Hub will provide residents with better access to job and housing opportunities, both locally and across the Greater Golden Horseshoe.”

The new Kipling Transit Hub has over 1,400 parking spaces and includes a 3,000 square foot indoor waiting area with seating. The modern transit hub has a total of 14 bus bays, 90 bike spaces and a new elevated pedestrian bridge that connects the new bus terminal to the GO train platform. Customers have full access to underground tunnels that link the new bus terminal for both MiWay and future GO bus service directly to the existing TTC station, allowing for easy transfers across three transit providers.

“The new Kipling Transit Hub provides the transit connectivity that people in Peel and Toronto deserve,” said Kinga Surma, Associate Minister of Transportation (GTA). “By supporting communities and delivering a seamless transit experience, we will meet the needs of the over 5 million people who will call this region home by 2051.”