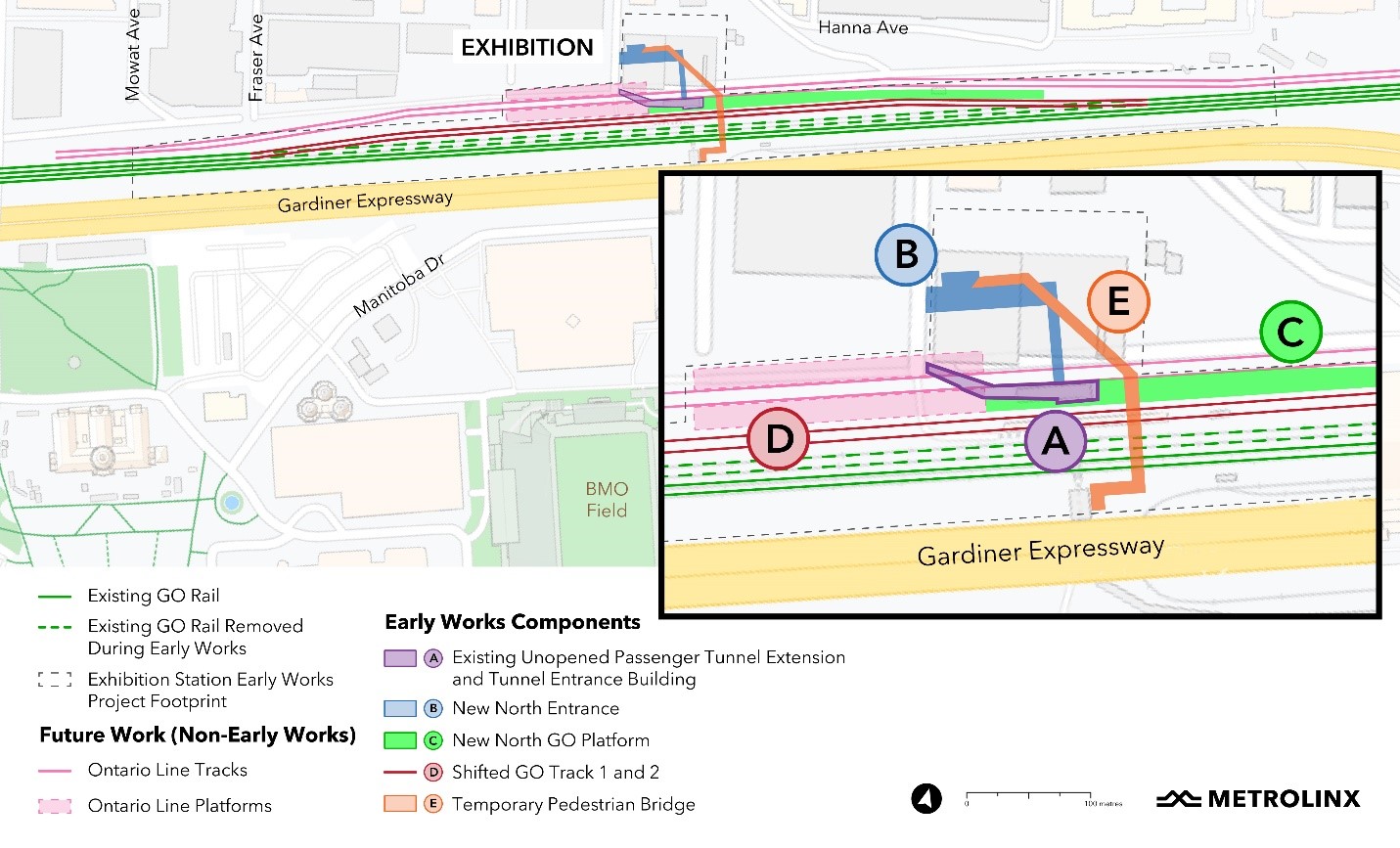 Metrolinx announced  that qualified companies can submit bids for early works that will get Exhibition Station ready for major Ontario Line construction.

“Some of the most important pieces of this work involve putting solutions in place to ensure GO customers can continue to safely and easily use the station during major construction.”

Exhibition Station will be a vital transit hub that will serve both GO and Ontario Line customers with a shared concourse, making for seamless and quick transfers between the two services.

By creating another connection between GO train and subway services, this important transfer point will also help alleviate overcrowding at Union Station and open up more connections to the broader transit network.

“With GO rail expansion work also planned in this area, carrying out these early works will help us coordinate Ontario Line and GO construction so we can stay on schedule and minimize disruption to existing services,” says Andre Marois, Metrolinx’s director of corridor infrastructure.

“One of the priorities for any group bidding on the early works package is to be able to schedule work with minimal impacts to GO services and customers using Exhibition Station.”

The early works at Exhibition Station will include: