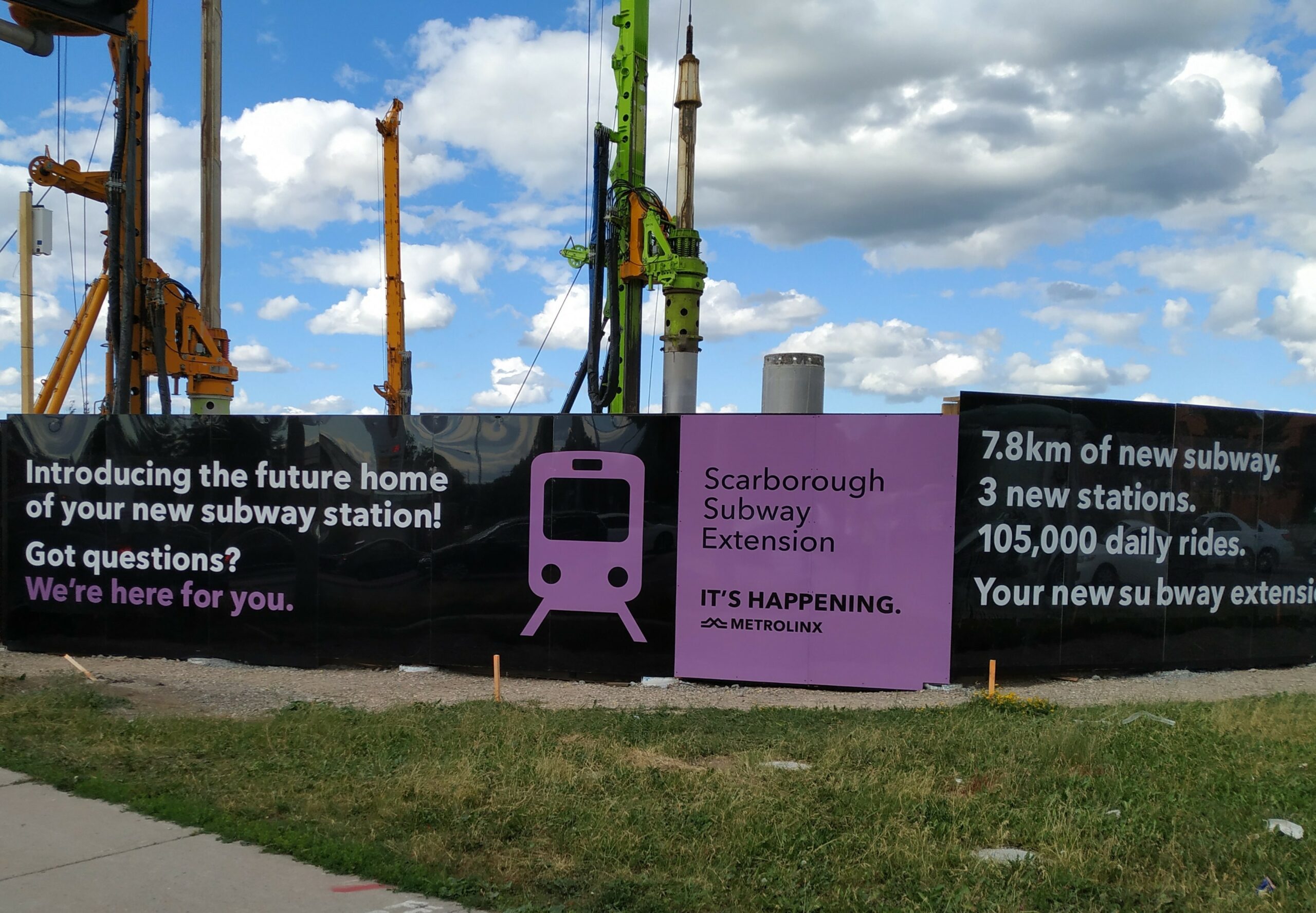 In May, the province announced that Strabag was the winning team to design and deliver the tunneling work for the Scarborough Subway Extension. With preparatory work now complete, the experienced Strabag team will build the launch shaft, where the tunnel boring machine will be lowered into the ground to start tunnelling the extension next year.

“Together with all our partners, we are delighted to mark the start of tunnel construction for the Scarborough Subway Extension – a true ground-breaking,” said Michael Lindsay, president and CEO of Infrastructure Ontario.

To expedite work on the Scarborough Subway Extension, tunnelling for the 7.8-kilometre extension from Kennedy Station to McCowan Road and Sheppard Avenue will take place first. Advanced tunneling will be followed by contracts for the balance of the work.

In April 2019, the province announced its historic new transit vision for the Greater Toronto Area, with a preliminary estimated cost of $28.5 billion. In addition to the Scarborough Subway Extension, this plan includes the all-new Ontario Line, the Eglinton Crosstown West Extension and the Yonge North Subway Extension.

“At the Ministry of Infrastructure, we’re committed to continuing to build infrastructure to improve services, create jobs, stimulate economic growth, and close the infrastructure deficit. The projects we invest in are meaningful to people in our communities. The Scarborough Subway Extension will provide residents with rapid transit that has long been enjoyed by other parts of Toronto and is absolutely deserved by the residents of Scarborough, and surrounding areas,” stated Kinga Surma, Ontario’s Minister of Infrastructure.

“This long-awaited project will deliver reliable and modern rapid transit the people of Scarborough need. We’re so glad that shovels are now in the ground to turn long-discussed plans into reality as quickly as possible,” added Phil Verster, president and CEO of Metrolinx.

Area residents may have noticed some very large drill rigs on the site, like the ones pictured below. These drill rigs, which are over 33 metres tall, are used to create a watertight, foundational wall around the launch shaft before excavation can begin.

And this is no casual digging exercise – it’s a massive hole that will be about 28 metres wide, 80 metres long and 30 metres deep. To give a sense of how big that is, the hole will be about as deep as a 10-storey building is tall.

To keep such a massive excavation open and safe for the duration of construction and tunnelling, some special excavation supports need to be drilled into the ground with the drill rigs. Strabag crews have started installing these supports, commonly referred to in the construction industry as a shoring system. The type of shoring system being used for the Scarborough Subway Extension launch shaft is called a secant pile shoring system.

The installation of this secant pile shoring system marks the beginning of the excavation process at the launch shaft site and also the official start of construction on this important project for Scarborough.

The drill rigs have augers, a giant drill bit, that drills into each circular formation and inserts piles deep into the ground, around the perimeter of the future excavation.

Strabag will be drilling over 300 of these secant piles into the ground over the next few weeks to create a water-tight wall around this excavation.

After the secant piles are drilled and the shoring system is fully installed, crews will begin excavating the area to prepare for the arrival of the tunnel boring machine in early 2022.