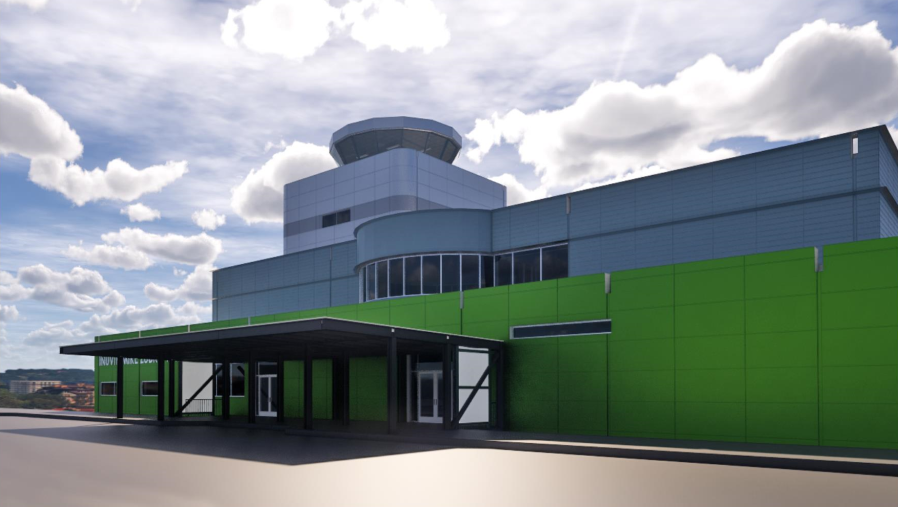 The governments of Canada and the Northwest Territories announced joint funding for the construction of a new air terminal building at the Inuvik Mike Zubko Airport.

The Government of Canada is investing $31.5 million in this project through the Green Infrastructure Stream (GIS) of the Investing in Canada plan, and the Government of the Northwest Territories is providing $10.5 million.

The aging air terminal building will be replaced with a more modern building with improved structural features that will greatly increase the safety and efficiency of the airport.

The main level will include a public space, baggage systems, concessions, and air carrier operations. The airport administration and building services will be located on the second level, and the opportunity for occupancy by Nav Canada has been identified on levels 2 through 5.

Once completed, the new air terminal building will improve the overall capacity of the airport and operations facilities. It will also result in enhanced structural capacity to adapt to climate change impacts, natural disasters and extreme weather events.

According to Diane Archie, Territorial Minister of Infrastructure, modernizing NWT airport infrastructure is one of the commitments of the government.

“We are pleased to partner with the Federal Government to replace the Inuvik Mike Zubko airport terminal building and ensure residents have access to a modern and reliable transportation system. Now more than ever, our communities need to reconnect with their loved ones and explore new economic opportunities.”

Featured image: Concept art of what the new Mike Zubko Airport will look like when it is completed in 2023. (courtesy Department of Infrastructure, Government of the Northwest Territories)

Canada and Quebec invest in the construction of a water treatment...