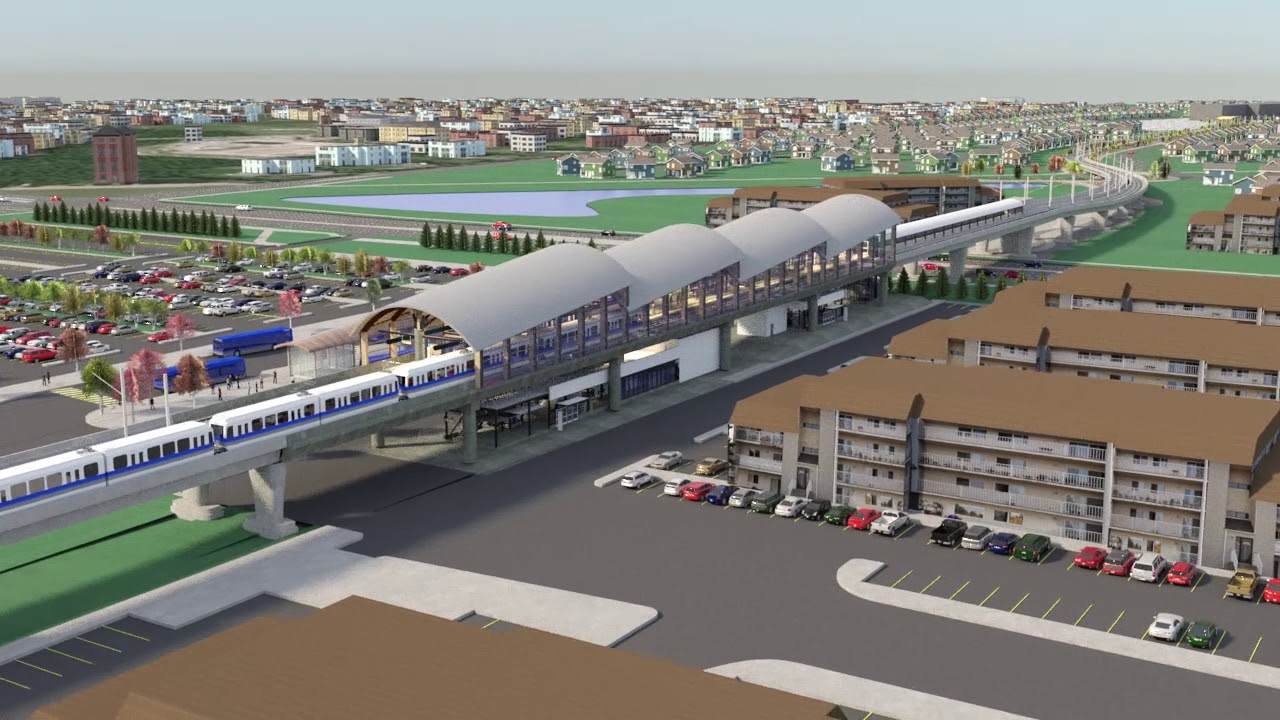 The government of Canada and the City of Edmonton announced priority funding consideration is being made for the Edmonton Capital Line South Extension – Phase 1 Project. This project will allow the rapidly growing Edmonton southwest access to the Light Rail Transit (LRT).

The Edmonton Capital Line South Extension will add a 4.5 kilometres extension of double-track from Century Park to Ellerslie Road and will include two new permanent LRT stations at Twin Brooks and Ellerslie, an underpass at the 23 Avenue crossing and a new bridge across Anthony Henday Drive. The project also includes an operations, maintenance and storage facility, the purchase of 24 electrically-powered light rail vehicles, as well as the expansion and integration with the Heritage Valley Park and Ride Facility.

“By connecting some of the city’s fastest-growing communities, the Capital Line South LRT extension strengthens our economic and environmental prosperity,” said Edmonton Mayor Don Iveson. “An expanded LRT network contributes to a resilient and green economic recovery for our city and will result in faster commutes and less gridlock. Our federal and provincial partners prove that, with this strategic investment, all orders of government contribute to our economic and social prosperity.”

The extension project will help improve the capacity of public transit infrastructure, the quality and safety of existing and future transit systems, and access to public transit systems. It also aims to create more than 9,500 jobs, reduce greenhouse gas emissions by more than 269,000 tonnes by 2050, and will see 11.9 million fewer vehicle kilometres travelled in its opening year of operation.

“Alberta’s government recognizes this is a critically important project, not just for Edmontonians, but for all Albertans,” said Alberta’s Minister of Transportation, Rajan Sawhney.

The Government of Canada is investing up to $394.24 million toward this project, subject to the necessary federal due diligence and approvals process. The Government of Alberta and the City of Edmonton will provide the remaining project funding.

The challenging future for municipal infrastructure