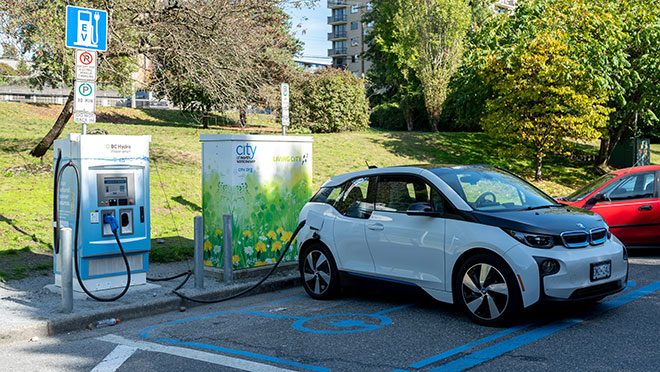 As part of #EVWeekinCanada, the Government of Canada announced investments across the country to install electric vehicle (EV) fast chargers.

Funded through Natural Resources Canada’s (NRCan) Electric Vehicle and Alternative Fuel Infrastructure Deployment Initiative and Zero-Emission Vehicle Infrastructure Program, all fast chargers will be deployed at the latest by 31 December, 2022. Close to 65 percent of these chargers are already in service and can be used by the public.

The federal funding for this project was provided through NRCan’s Green Infrastructure – Electric Vehicle Infrastructure Demonstration Program, which aims to accelerate the market entry of next-generation clean energy technologies.

Another investment of over $1,200,000 was announced to support cities across British Columbia and install 98 electric vehicle (EV) chargers across the province.

“More and more British Columbians are switching to electric vehicles to save on fuel costs and reduce air pollution,” said Bruce Ralston, B.C.’s Minister of Energy, Mines and Low Carbon Innovation. “Through CleanBC, we’re working with our partners to expand our EV charging network across the province, make it easier for drivers to go electric and put B.C. on the road to a clean energy future.”

Featured image: BC Hydro EV charger in use North Vancouver. (BC Hydro)