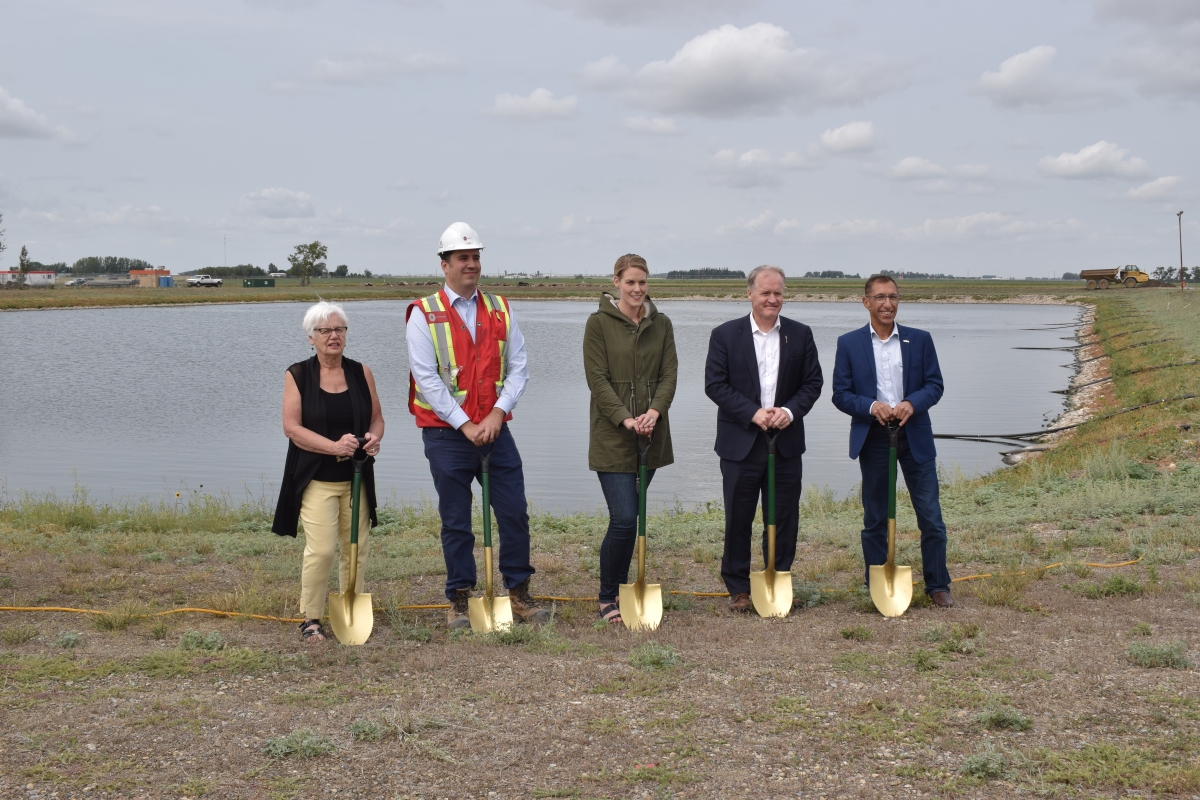 The Town has received significant grant dollars from the Province of Alberta through the Alberta Municipal Water/Wastewater Partnership (AMWWP) Fund to help make this project happen. The project is also being partially funded through the Federal Municipal Sustainability Initiative (MSI) Grant and the Federal Gas Tax Fund.

“This project was largely made possible through the significant grant funding from both the Province of Alberta and the Government of Canada,” said Jason Siemens, Project Manager at the Town of Coaldale. “These upgrades will allow the facility to achieve regulatory compliance and to expand the capacity for future growth in the community.”

“This is the type of project where the value maybe isn’t as immediately obvious for the members of the community, compared to something like our new recreation center, but it’s an incredibly important investment for Coaldale,” said Cam Mills, Manager of Economic Development and Strategic Initiatives for the Town of Coaldale. “Coaldale has been doing a great job over the last four years to build up its business community; increasing our ability to treat wastewater is going to allow us to continue to attract new investment and jobs into Town for years to come. This project is absolutely critical to support additional growth and I couldn’t be happier that our partners at the Province of Alberta and the Government of Canada stepped up to make this project possible.”

“An upgrade to the system is critical in the coming years to satisfy provincial and federal regulatory requirements, while providing adequate treatment capacity for the Town’s projected wastewater generation rates,” said Siemens. “The project was identified as a high priority within the Town of Coaldale’s Infrastructure Master Plan and is being completed in close coordination with other upgrades to the Town’s wastewater lift station and collection system.

Featured image: Attending the groundbreaking ceremony were MP Rachael Harder, MLA Grant Hunter, and Deputy Mayor Bill Chapman, as well as a number of representatives from Chandos Construction, Dennis Dirtworx, and the Town of Coaldale. (Town of Coaldale)