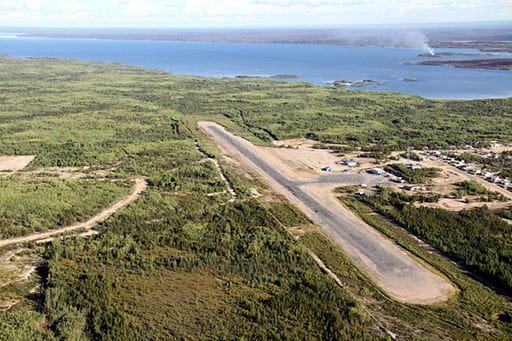 The Saskatchewan Ministry of Highways operates 16 airports in Northern Saskatchewan, and is working on $67.8 million worth of major projects through the end of the year. The largest project is the rehabilitation of the Fond-du-Lac airport, which will incorporate upgrades to the runway, taxiway and apron, as well as the installation of a new airfield lighting system.  This project is expected to be completed this fall at a cost of $14 million.

Highways Minister Fred Bradshaw was in La Ronge, Île-à-la-Crosse and La Loche recently meeting with community leaders and representatives about local transportation infrastructure operated by the Ministry of Highways.

“Airports represent an important lifeline for our Northern residents to the rest of Saskatchewan and Canada,” Bradshaw said.  “Our government understands the vital importance of supporting these facilities and ensuring ongoing access to the necessities of life so Northern communities can thrive and prosper.”

Other current projects in the North include:

The Government of Saskatchewan is improving more than 1,350 km of provincial highways this year, the second of its 10-year Growth Plan goal to build and upgrade 10,000 km of highways.  With this year’s projects, the province is ahead of the pace needed to meet this target.

Another $300 million in highways stimulus funds is being invested over several years in thin membrane surface upgrades, passing lanes and improvements to municipal roads and airports.