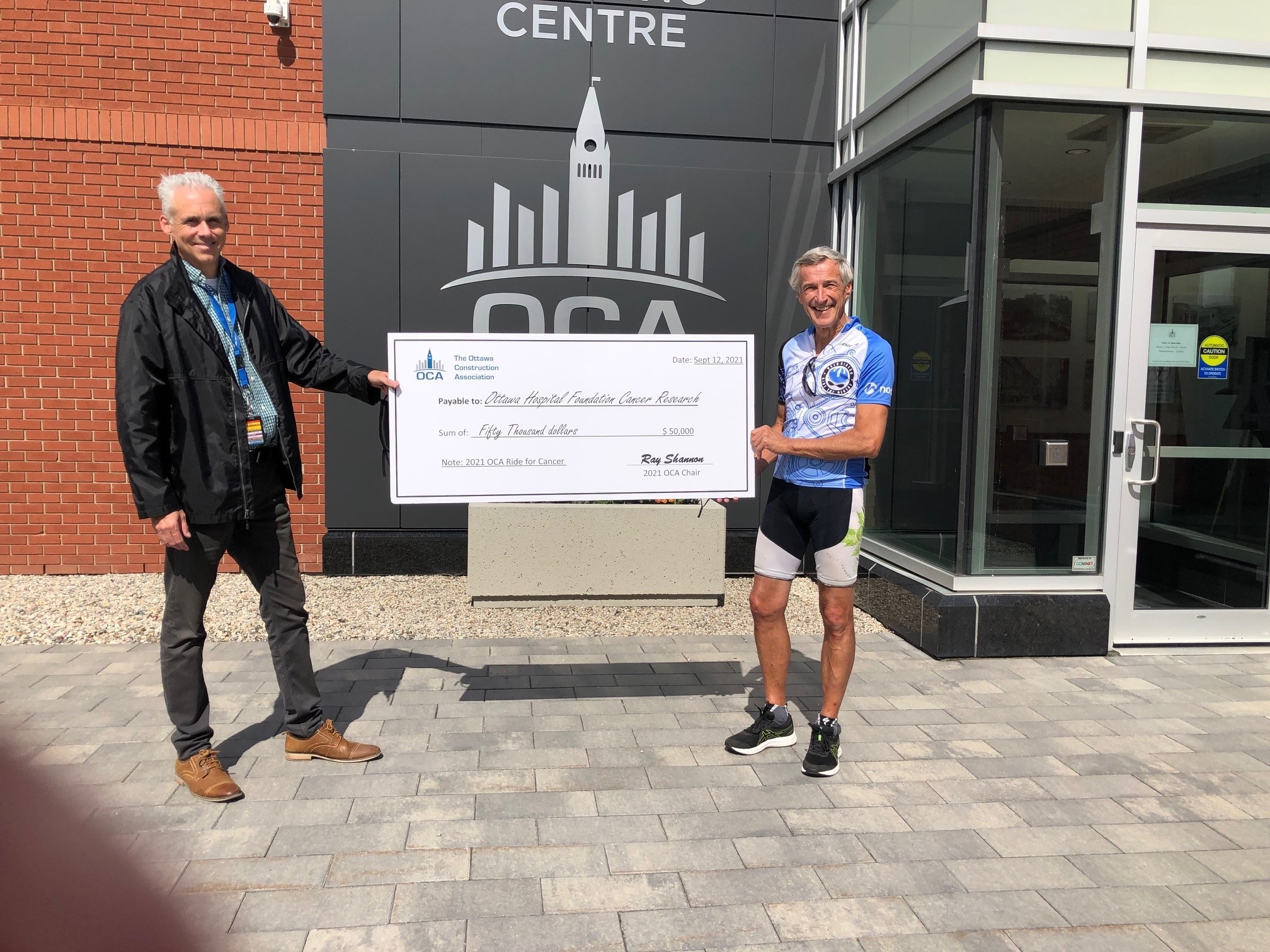 The Ottawa Construction Association held a cycling event Sept. 12 and raised nearly $50,000 in support of cancer research for the Ottawa Hospital Foundation.

A total of 40 riders recently participated in a trek to support cancer research.

OCA members used to participate in the annual Ride the Rideau, which later changed its name to The Ride, from 2010 to 2019, when it ended. On Sept. 12, on the anniversary of when it was supposed to be held, OCA members were invited to join a 2.5-kilometre cycle tour with a barbecue at OCA headquarters.

According to a press release, during the decade that OCA took part in The Ride, the construction industry annually represented the largest number of corporate teams and riders, raising a large share of the overall $14 million for the Ottawa Hospital Foundation.