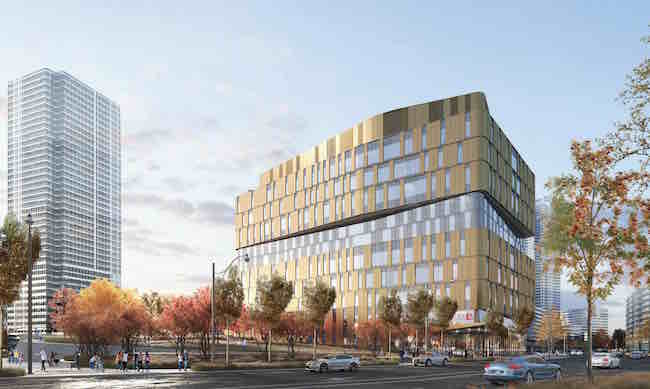 Investment in building construction was down 1.7% to $18.1 billion in July, according to StatsCan.

Non-residential construction investment was up 0.9% in July to $4.6 billion.

Institutional investment posted its ninth consecutive increase (+2.2% to $1.3 billion), with the majority of provinces and territories reporting gains in July. Construction of a York University building in Ontario as well as ongoing construction of secondary schools in Quebec and British Columbia contributed to the national growth.

Construction has begun on a new campus for York University in the City of Markham, Ont. The Markham Centre Campus, the first public university in York Region, designed by Diamond Schmitt and constructed by Stuart Olson. It is expected to be open by the fall 2023 school year.

Opening the Door to Fabric

Survey on state of Canada’s roads, bridges and tunnels to inform infrastructure plans