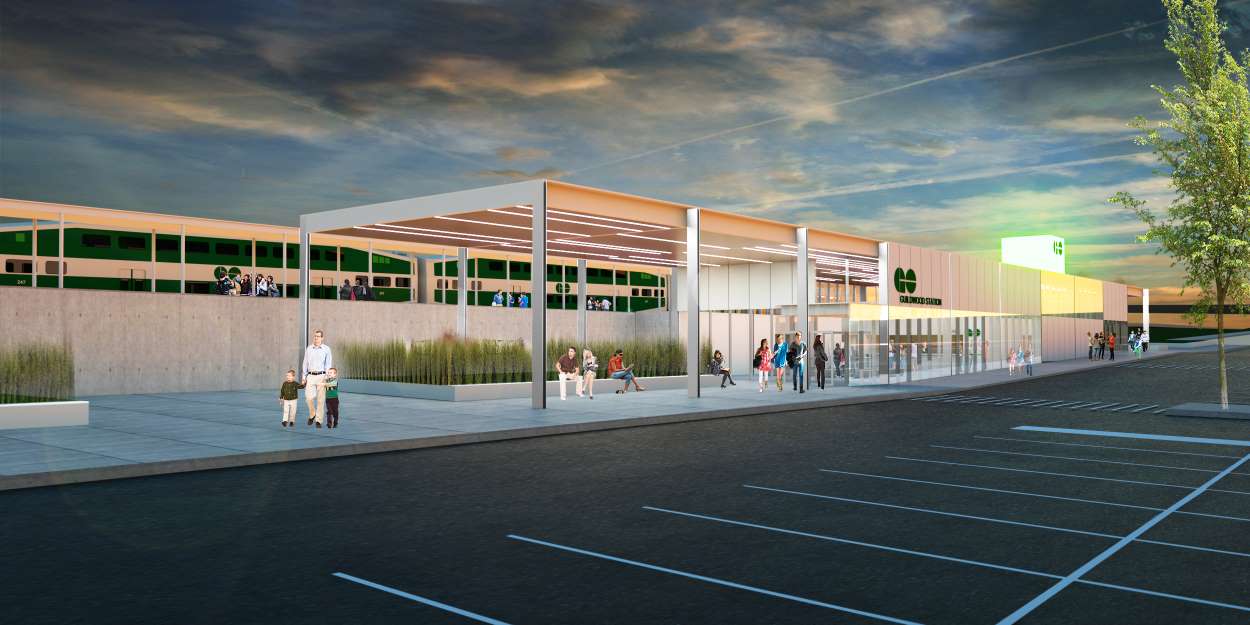 Guildwood is one of the oldest stations in the GO network – first opened in 1977 – but now boasts some of the most modern and sustainable amenities.

Guildwood is the first GO station featuring a green roof and atrium incorporated into the design.

The green roof includes a rooftop pollinator garden, planted and designed with specific nectar and pollen producing plants. It attracts pollinating insects – including primarily bees and flies, but also butterflies, beetles, and hummingbirds.

It’s not just birds and bees that benefit from the station. The Toronto Urban Design Awards jury says the station design creates a pleasant experience for commuters and has the potential to increase transit ridership because of it.

Guildwood GO Station is no stranger to awards, in December 2019, shortly after the station improvements were finished, the station was honoured with two Ontario Concrete Awards; the 2019 Infrastructure Award, and the coveted Project of the Year for Excellence and Innovation.

Improvements continue as part of the Union Station Enhancement Project

GO Expansion progress along the Barrie Line well on its way