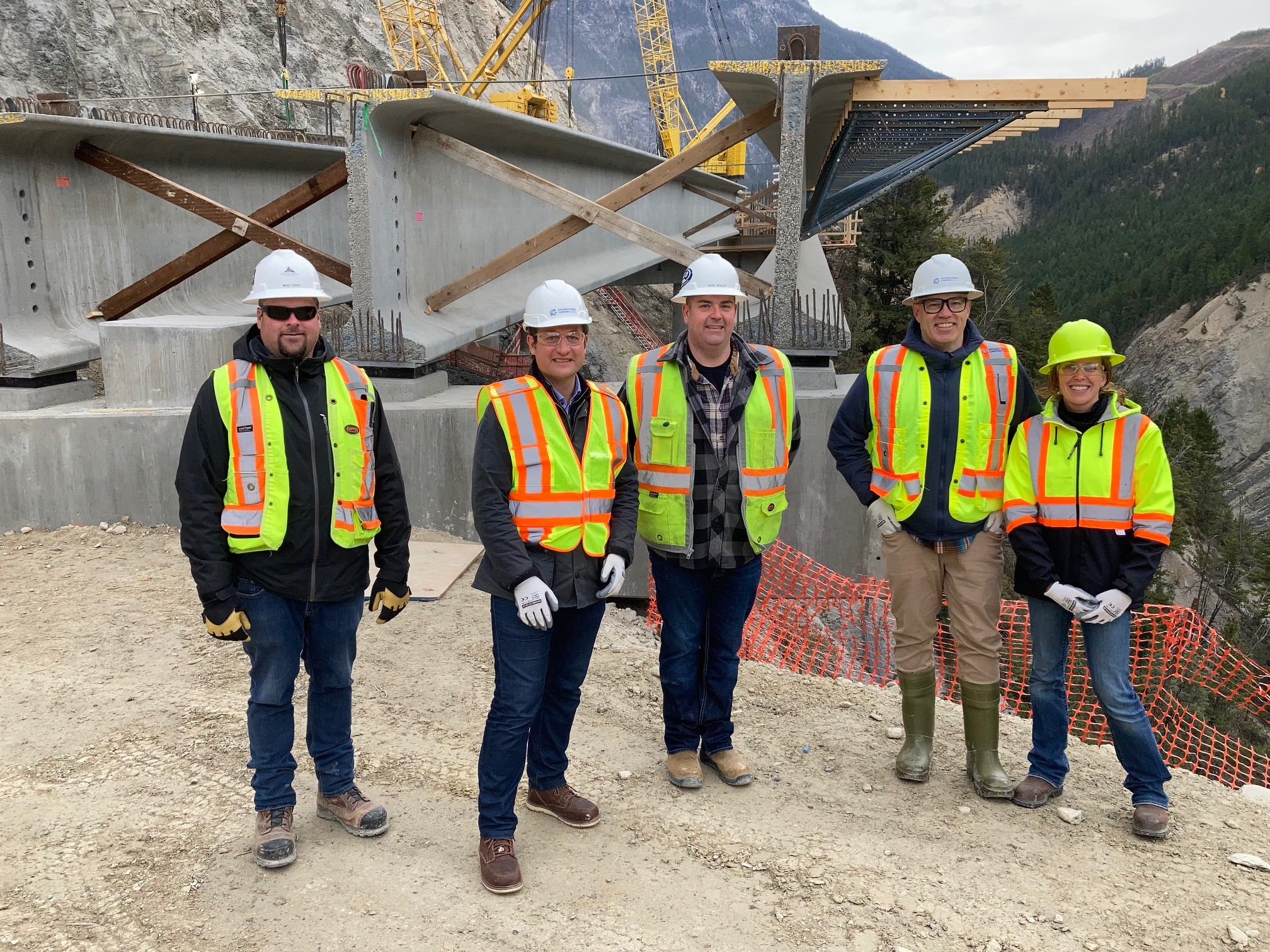 The first concrete girders that will support the bridge deck have been installed for the new Sheep Bridge on Highway 1 in the Kicking Horse Canyon as work continues on improvements to the highway east of Golden.

“This is another major step towards completion as we transform this important corridor in the Kicking Horse Canyon area,” said Rob Fleming, Minister of Transportation and Infrastructure, after touring the project on Oct. 15. “Sheep Bridge and other elements of the new alignment are part of modernizing the highway along one of B.C’s most rugged and scenic routes. These major improvements will make travel better and safer for people who live and work in the region. Anyone who travels this route will benefit.”

Sheep Bridge is the westernmost of several structures under construction in Phase 4 of the Kicking Horse Canyon Project, which includes the realignment and widening 4.8 kilometres of the Trans-Canada Highway through the canyon. Construction is scheduled to be complete in winter 2023-24.

To improve safety for travellers, the new four-lane alignment will have a centre median barrier to divide opposing lanes of traffic. The highway shoulders will be widened to ministry standards to accommodate cyclists.

To allow work to proceed safely and on schedule, the contractor has implemented an extended closure of the Trans-Canada Highway until Nov. 30, 2021. Through traffic on Highway 1 between Golden to Castle Junction is being routed via highways 93 and 95, adding up to 1.5 hours of travel time. Roadside signage provides advance notification of the closure and alternative routes will have signage.

The $601-million project is cost-shared, with the Government of Canada contributing as much as $215 million and the B.C. government providing the remaining $386 million.

Featured image: The first concrete girders that will support the bridge deck have been installed for the new Sheep Bridge on Highway 1 in the Kicking Horse Canyon as work continues on improvements to the highway east of Golden. (BC Ministry of Transportation and Infrastructure)