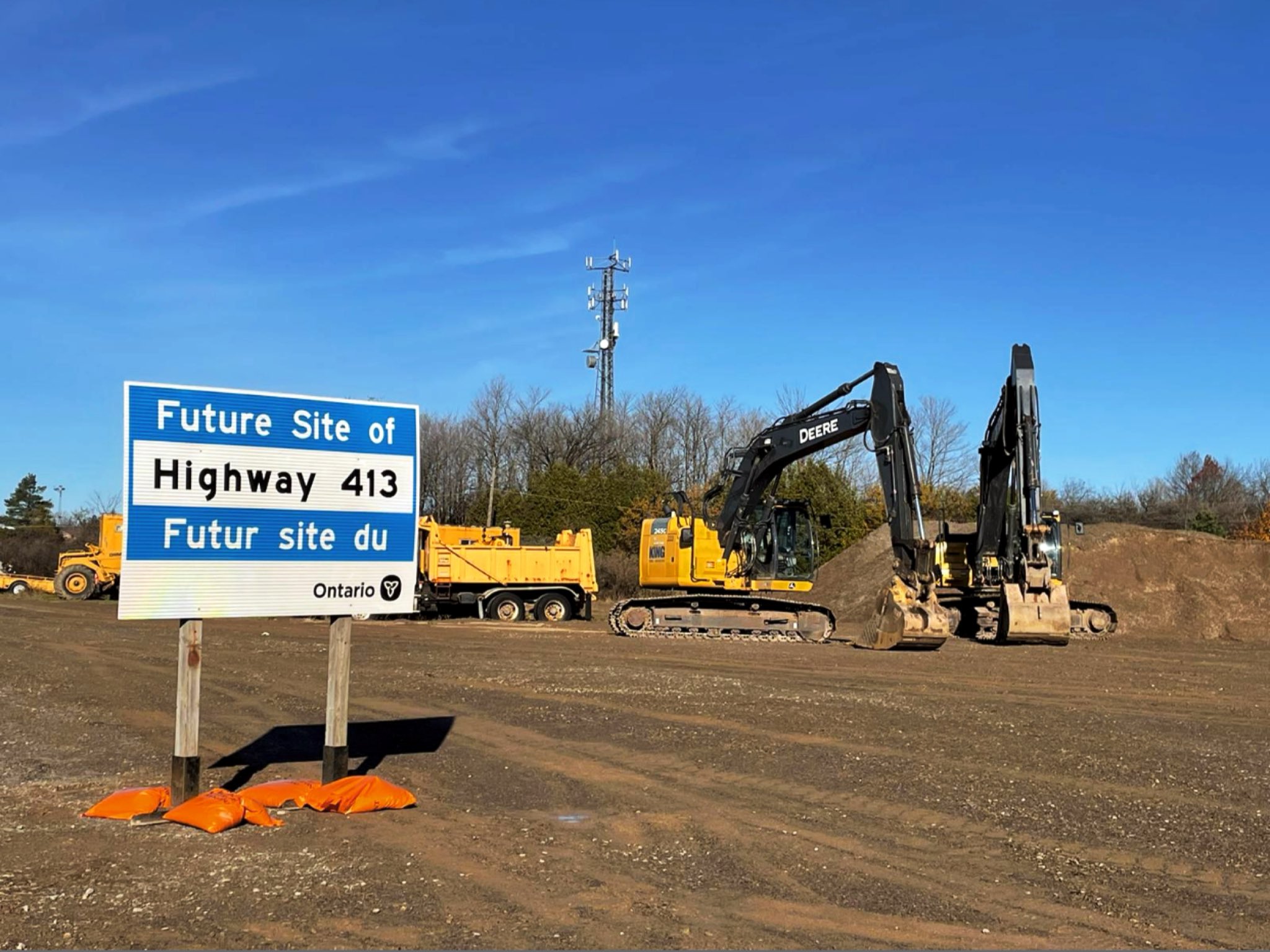 The Ontario government announced it is moving forward with building Highway 413, a new 400-series highway and transit corridor across Halton, Peel and York regions.

“With Halton, Peel and York regions all set to grow at incredible speed, our government is saying yes to building the roads and highways that will keep these communities moving,” said Premier Doug Ford.

“Highway 413 will save drivers up to 30 minutes each way on their commute, adding up to one hour per day and five hours per week in people’s schedules. This relief will be the difference between sitting in bumper-to-bumper traffic and having dinner with your family at home,” said Caroline Mulroney, Minister of Transportation.

In its recently announced fall economic statement, the provincial government earmarked $2.6 billion for highways and bridges, including committing to advance Highway 413, but hasn’t provided an exact figure for spending on the highway.

The Highway 413 project, also known as the GTA West Corridor would create thousands of jobs, provide substantial economic benefits, and generate significant tax revenues for governments according to a new report released by the Residential and Civil Construction Alliance of Ontario (RCCAO).

“The GTA West Corridor is a transformational project for the economic success of the province, ensuring a reliable transportation corridor to help move people and goods across this fast growing region of Ontario,” said RCCAO executive director Nadia Todorova. “Constructing Highway 413 will generate much-needed jobs while improving the long-term economic competitiveness of our province.”

“This highway for the future will be built for the people and goods of tomorrow, facilitating much needed housing and solidify Ontario’s position as the economic engine of Canada,” said Todorova. “Establishing this transportation corridor is a forward-thinking mix of transit and transportation infrastructure that the province needs for its future growth.”

Along with the recently announced Bradford Bypass highway project, there is opposition to the government’s plans.

“Doug Ford’s road to ruin is paved with bad intentions,” said Ontario Liberal Leader Steven Del Duca in a statement issued before Ford’s announcement. “Highway 413 won’t give Ontario families the relief they need. But it will pave over the Greenbelt and destroy farmland. It’s the wrong project for the wrong reasons being pushed by the wrong Premier.”

Several organizations, in attendance at the event stand behind the province’s plans.

“Highway 413 will fill infrastructure gaps in Ontario’s roadway links to the benefit of the province’s transportation and logistics hubs in the Northwestern GTA that serve as the epicentre of Canada’s supply chain,” Stephen Laskowski, president, Ontario Trucking Association.

What keeps the skilled trades satisfied?