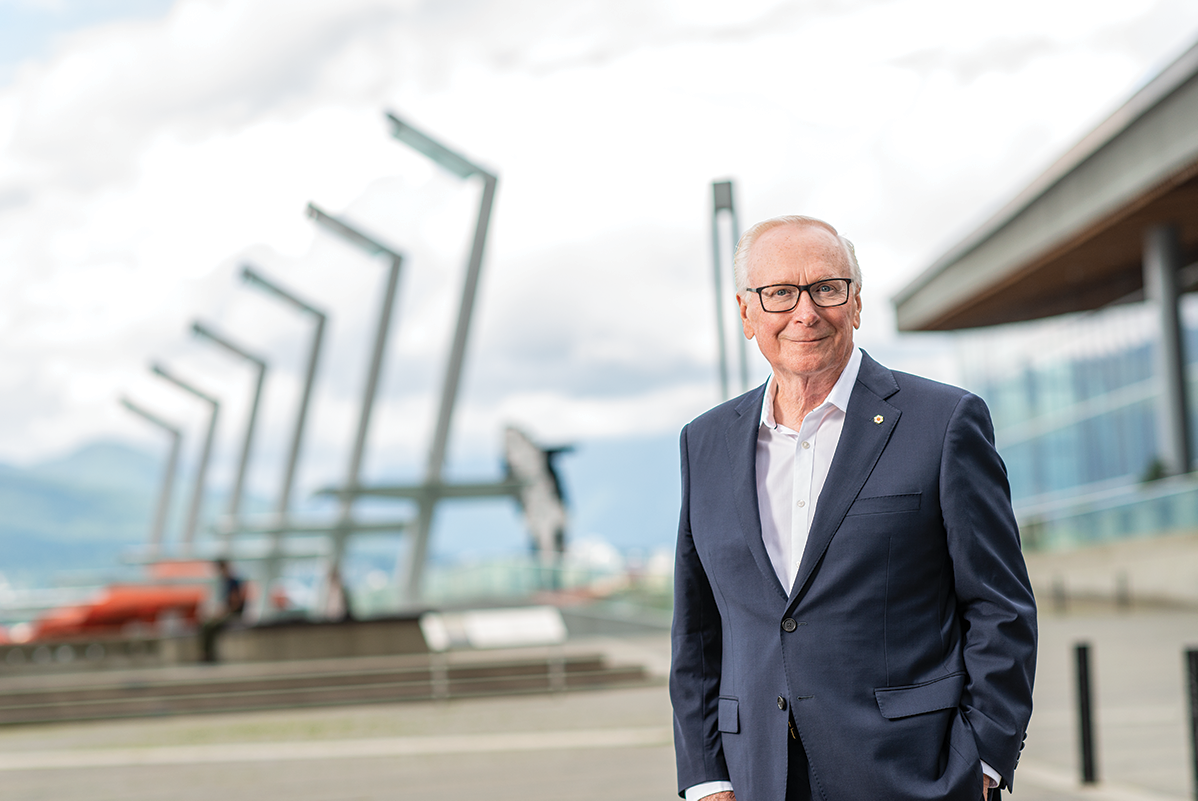 Jim King, founder of EllisDon Capital, and David Podmore, founder and chair of Concert Infrastructure were named as winners of the 2021 Champion Award by The Canadian Council for Public-Private Partnerships.

“Jim played a critical role in bringing the private sector to the table in the early days of P3s in Canada,” said Brad Nicpon, Partner, McCarthy Tétrault LLP, and chair of the national awards committee.

“His work with EllisDon Capital showed construction companies could be more than just contractors — they could bring capital and innovative financing solutions to a project, and thereby transform themselves into partners in the true spirit of a P3,” he continued. “Jim has earned the respect and admiration of his peers across the P3 market.”

“David’s vision for P3s has touched every corner of the Canadian market,” he added.

“He founded Concert, an important Canadian player in the social infrastructure space, brought pension plan investors into the P3 fold and advocated for use of the P3 model across the country within unique and challenging asset types,” he continued. “David had a remarkable vision of what the P3 model could achieve that others are continuing to follow to this day.”

The Champion Award is presented by the Council to individuals who have made an outstanding contribution to P3s in Canada. The 2021 awards are supported by gold sponsor McCarthy Tétrault LLP and silver sponsor Colas Canada.

“I am honoured to be recognized by The Canadian Council of Public-Private Partnerships and my peers with the 2021 Champion Award,” said King. “The PPP/AFP model, from the beginning, was a great way for the existing Canadian marketplace to participate in the Canadian program. I was fortunate to have the opportunity to work on the original projects and continued to stay with the program for nearly 20 years during which EllisDon has embraced the P3 model and all its advantages. The program needs to continue, and I think there’s no limit to its potential.”

“I am humbled and honoured to be recognized by The Canadian Council for Public-Private Partnerships, the Board of Directors and its members, and be amongst a group of tremendous leaders who previously won this award,” said Podmore. “It’s been wonderful to see the growth of the Canadian P3 market and to successfully deliver and manage the critical infrastructure projects that Concert is so proudly part of.”

The awards committee noted King was a pioneer who helped pave the way for greater acceptance and innovation of the ‘made-in-Canada’ version of the public-private partnership model. In particular, his approach had a tremendous impact on the way the first hospital P3s in Ontario were structured to deal with risk transfer and the private financing of public infrastructure.

King joined EllisDon in 1983 as corporate treasurer, later becoming a senior vice present and chief financial officer for the company. In 2000, he founded a new EllisDon division and operating company called EllisDon Capital, which was established for the sole purpose of providing comprehensive development services to the P3 infrastructure market.

He was the first employee at EllisDon Capital and dedicated the majority of his time to not only growing EllisDon to be a market leader in P3, but also educating others, such as project and industry partners across Canada, about the model and its benefits. King remained with EllisDon Capital until 2019 and was a key member of the development and finance teams for all P3 pursuits, providing executive oversight to the project team and developing the financing solution.

“Jim’s ability to be the ‘voice of reason’ in resolving commercial and financial negotiations with clients and lenders during the earliest days of the Canadian P3 model truly makes him one of the pioneers of P3s in North America,” said Danny Giacomel, vice president, infrastructure, EllisDon.

The awards committee noted Podmore had worked tirelessly to advocate for the P3 model and the need to build quality infrastructure across Canada. His vision of a pooled pension plan infrastructure investment vehicle also enabled small- to medium-sized Canadian union and management pensions (including building trades) to directly invest in Canadian P3 infrastructure.

His vision of a pooled pension plan infrastructure investment vehicle is a model that is now advocated and adopted by other institutional investors across North America. In addition to his professional leadership and work, David has been a tireless community leader and supporter across several important initiatives and projects that have strengthened social and economic infrastructure in British Columbia and Vancouver.

Derron Bain, managing director, Concert Infrastructure, noted: “Through his professional and volunteer project leadership, advocacy and work, David has directly contributed to strengthening the economic and social fabric of Canadian communities. On behalf of everyone at Concert, we would like to offer our sincere congratulations to David on this well-deserved recognition.”

Featured image: David Podmore, founder and chair of Concert Infrastructure was named as a winner of the 2021 Champion Award by The Canadian Council for Public-Private Partnerships. (CCPPP)

Crosslinx makes a big impact with a smaller carbon footprint