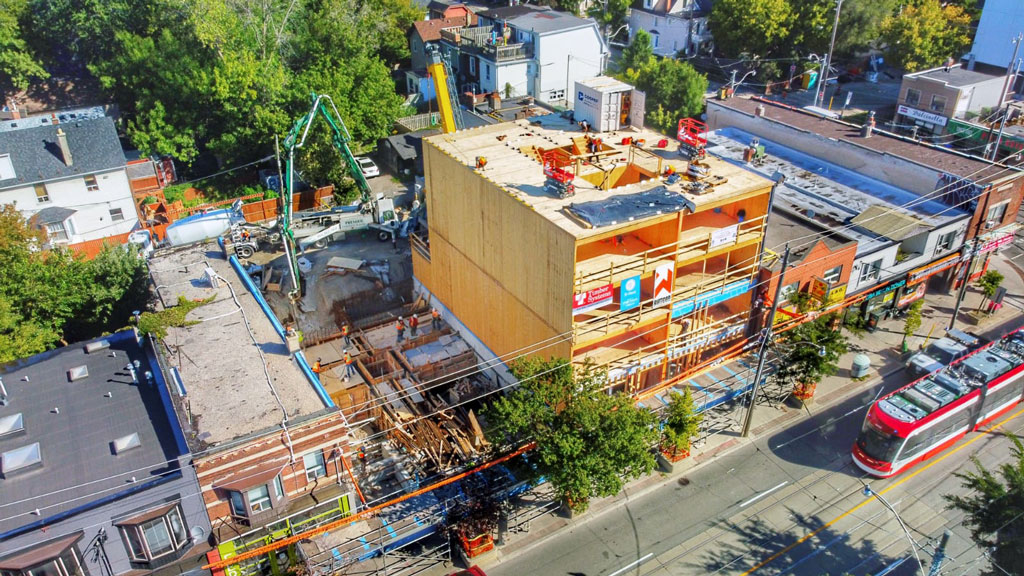 Ontario is on its way to becoming a world leader in mass timber construction, according to the comments made during an information session hosted by the Carpenters’ District Council Ontario at its headquarters in Woodbridge Nov. 24.

The event was attended by leading experts in the field, including Mark Gaglione from Ellis Don, Leith Moore of R-Hauz, Brock O’Donnell of Rothoblaas, and David Moses of Moses Engineering.

“The advent of mass timber couldn’t be happening at a better time for the world’s lungs, green targets, and Ontario’s economy,” said Mike Yorke, President of the Carpenters’ District Council.

He added that mass timber construction means huge opportunities for Ontario’s northern and Indigenous communities when it comes to resource development, cultivation, and sustainability. It also means more carbon capture as well as the benefits of the beauty of wood.

It’s a viable new model for midrise housing, said Moore, and described the project as “a repeatable product” that speeds design, development and construction.

Gaglione, manager of the Construction Sciences Division at EllisDon says the goal is to “remove friction from the process” so more mass timber construction projects are built moving forward.

The event also included a tour of the training facilities of the College of Carpenters and Allied Trades (CCAT). Because of demand, it recently began offering a four-week course for workers in assembly and erection of mass timber structures.