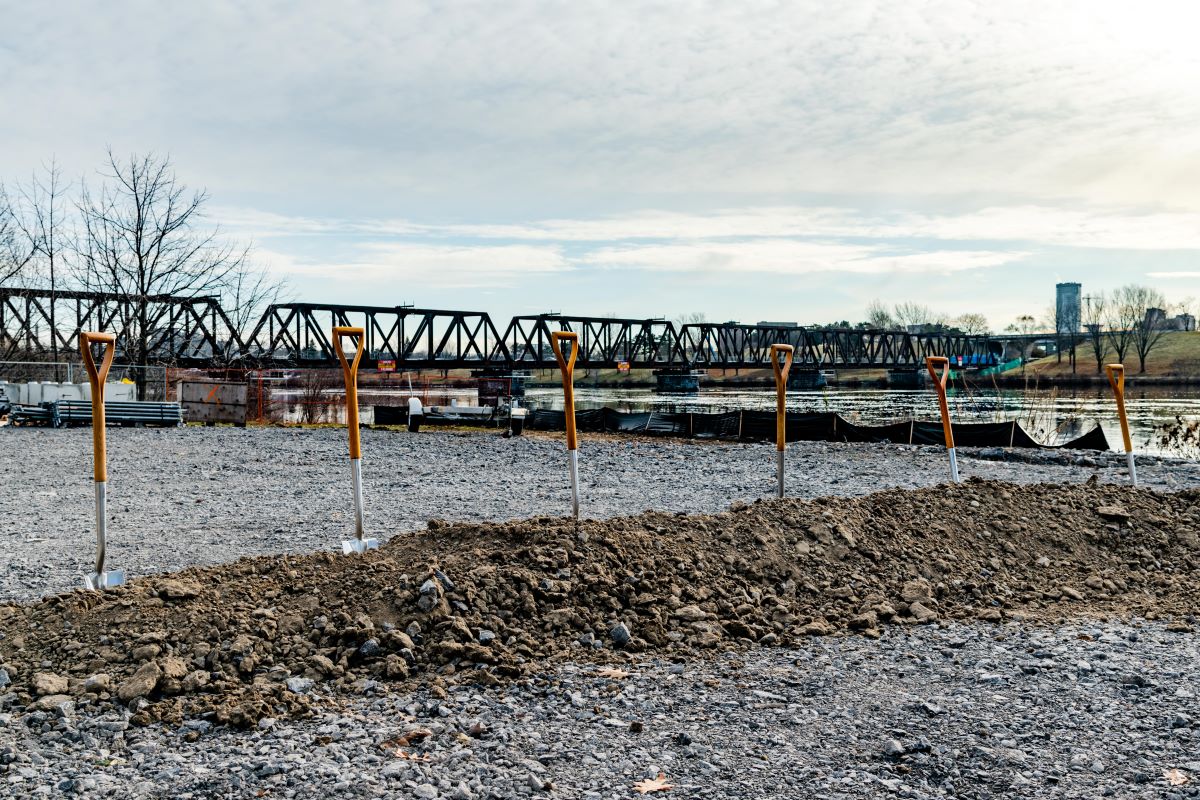 Ottawa Mayor Jim Watson hosted a ground-breaking event to mark the official start of construction on the Chief William Commanda Bridge, to create an interprovincial multi-use pathway between the Ottawa and Gatineau shores of the Kìchì Sìbì Ottawa River. The scope of construction includes structural repairs to the bridge and deck modifications to create the pathway.

Built in 1880 as a railway link, the bridge was last in service in 2001. The City of Ottawa purchased the bridge from Canadian Pacific Railway in 2005 for a future light rail corridor. As a multi-use pathway, it will improve active transportation between Ottawa and Gatineau and serve as a year-round outdoor link for commuting and recreation, including walking, running, rollerblading, cycling, and cross-country skiing.

“Our region has one of the best urban trail systems found anywhere, and this project will incorporate the Chief William Commanda Bridge into that network,” said Watson. “When the multi-use pathway opens next fall, it’s sure to become a popular active transportation corridor, linking a network of pathways and public transit on both sides of the river, and providing residents with more environmentally-friendly commuting options.”

The project includes rehabilitating the bridge’s major structural components to ensure safety and accessibility for all users. It also involves building a new timber deck on top of the existing track, to maintain the steel rails for future rail transit use. A steel cable railing system and high efficiency LED lighting will be installed, plus 12 new benches for rest areas. In addition, the work includes construction of path segments linking the south end of the bridge to Ottawa’s Trillium Pathway (which connects to the O-Train’s Bayview Station) and the north end to the National Capital Commission’s Voyageurs’ Pathway in Gatineau.

“Supporting safe, affordable and accessible transit is a major priority of our government,” added Mona Fortier, president of the Treasury Board of Canada. “Today marks an important milestone in making sure that residents in both Ottawa and Gatineau have access to high quality active transportation networks. Once complete, the Chief William Commanda bridge will serve as a reliable link between both cities, providing residents access to cleaner and more affordable transit options. This project will also help create jobs, take cars off the road, and reduce emissions right here in the National Capital Region.”

The multi-use pathway is scheduled to open next fall, although additional rehabilitation work to the piers and the pathway connecting to Lemieux Island will continue until the summer of 2024.

The City is allocating two per cent (approximately $188,000) of the pathway construction budget to commission Algonquin art for the site.

In July, City Council approved the name Chief William Commanda Bridge to honour William Commanda who served as Chief of the Kitigan Zibi Anishinabeg First Nation from 1951 to 1970. Chief Commanda was an Algonquin Elder, spiritual leader, promoter of environmental stewardship and a great bridge builder between nations.

“The rehabilitation of the Chief William Commanda Bridge is another step closer to our goal of reducing emissions and protecting our environment,” said Greg Fergus, MP, Hull-Aylmer, Quebec. “One way to win the fight against climate change is to provide more commuting options to Canadians. I am glad that it will also serve as a connector within our National Capital Region.’’

Featured image: The Chief William Commanda Bridge is scheduled to open next fall. (City of Ottawa)

$72M in funding for Nokia to transform Ottawa facility into technology...