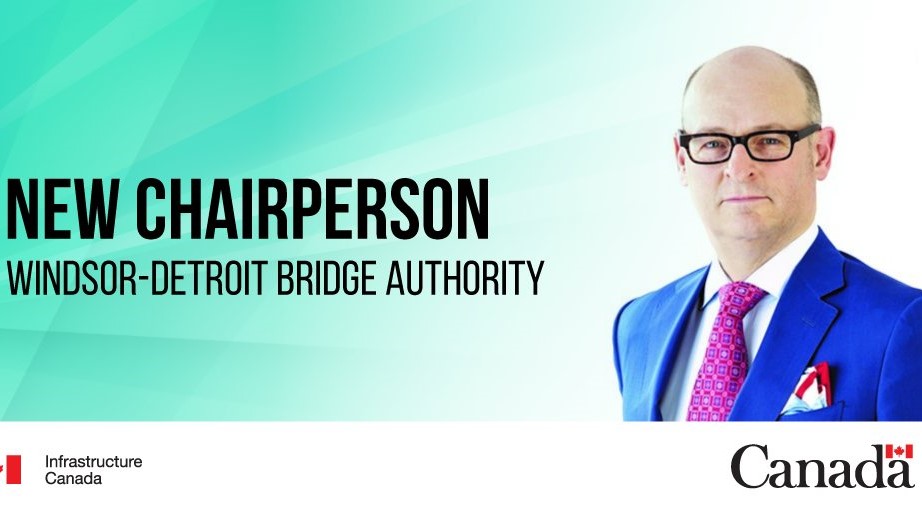 “Our Government  is pleased to welcome Tim Murphy as Chairperson of Windsor-Detroit Bridge Authority,” said LeBlanc. “As one of Canada’s foremost experts on infrastructure law and with decades of experience in government, Mr. Murphy will be able to leverage his considerable experience to propel the Gordie Howe International Bridge project forward to its successful completion. I look forward to working closely with him in the coming years.”

An experienced infrastructure lawyer and company director, Murphy has spent the last six years serving as one of four members of the executive leadership team of McMillan LLP. He also served as Chief of Staff to the Prime Minister of Canada, and was an Ontario Member of Provincial Parliament from 1993 to 1995.

“I am pleased to accept this nomination as Chairperson of Windsor-Detroit Bridge Authority,” said Murphy. “The Gordie Howe International Bridge project spans one of North America’s busiest trade corridors and is a testament to the highly integrated nature of the Canada-U.S. economy. I look forward to working with Minister LeBlanc and the entire team at WDBA to ensure the successful delivery of this critical piece of infrastructure.”

As a lawyer, Murphy has advised national and international clients in more than 100 infrastructure projects in Canada. He is also a recognized leader in Canada’s P3 community and author of numerous articles and textbooks on public private partnerships. In addition, he has served on a variety of public companies and volunteer boards of directors, notably as a director of Legal Aid Ontario.

WDBA is responsible for the delivery of the Gordie Howe International Bridge between Windsor, Ontario and Detroit, Michigan, through a public-private partnership (P3). It is also responsible for project oversight of the construction and the operation of the new crossing. WDBA works closely with the International Authority that includes members from Michigan and Canada in support of the Crossing Agreement.