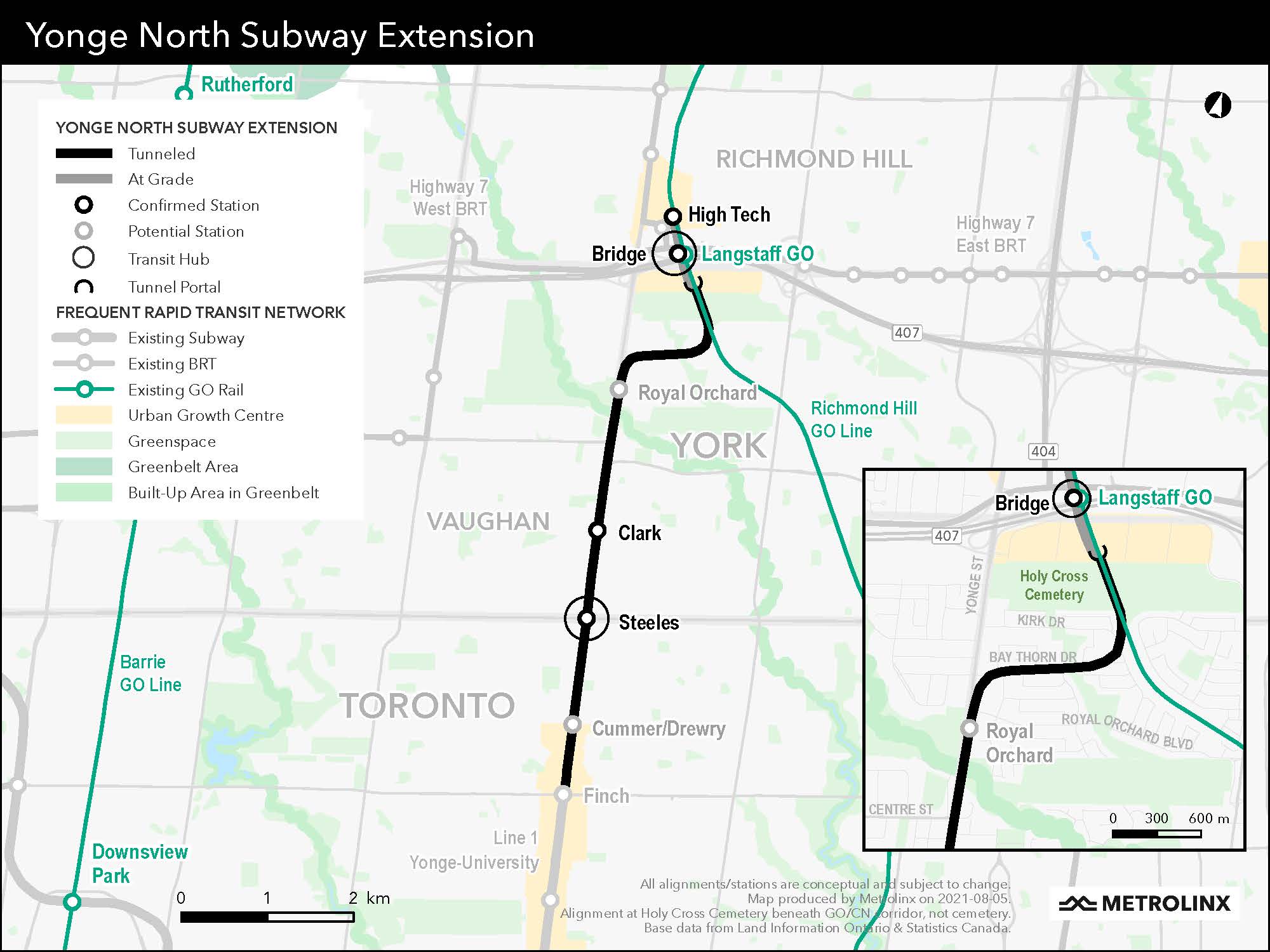 Metrolinx announced the release of the Environmental Project Report (EPR) addendum for the Yonge North Subway Extension – an eight-kilometre, four-stop extension of Line 1 subway service from Finch Station to Richmond Hill – which brings the project a major step closer to breaking ground.

The report builds off previous environmental studies for the extension, bringing them up to date with the latest project plans, including the updated route, stations and train storage facility. It looks at the entire footprint of the project and considers how it might affect its surroundings, and how to protect and preserve the quality of life in neighbouring communities during and after construction.

“The release of the EPR addendum represents an important milestone in the project,” says Stephen Collins, Metrolinx project sponsor.

“A thorough environmental assessment plays a key part in guiding the decisions that will make the project the best fit possible for communities, while making travel in York Region and Toronto faster and more connected.”

The EPR addendum also reveals new details about the footprints of all four confirmed stations – Steeles, Clark, Bridge and High Tech – plus the two potential stations that may be added to the project, Cummer and Royal Orchard.

Collins says each new station is being designed with customers in mind.

“Having quick, convenient connections to other transit lines at surface level is so important to making the journey for riders the best it can be,” says Collins.

“By offering better connections we’re also building strength into the transit network, which will make it easier for riders get to destinations across the entire region.”

GO Transit is charging ahead with an electric-powered bus pilot