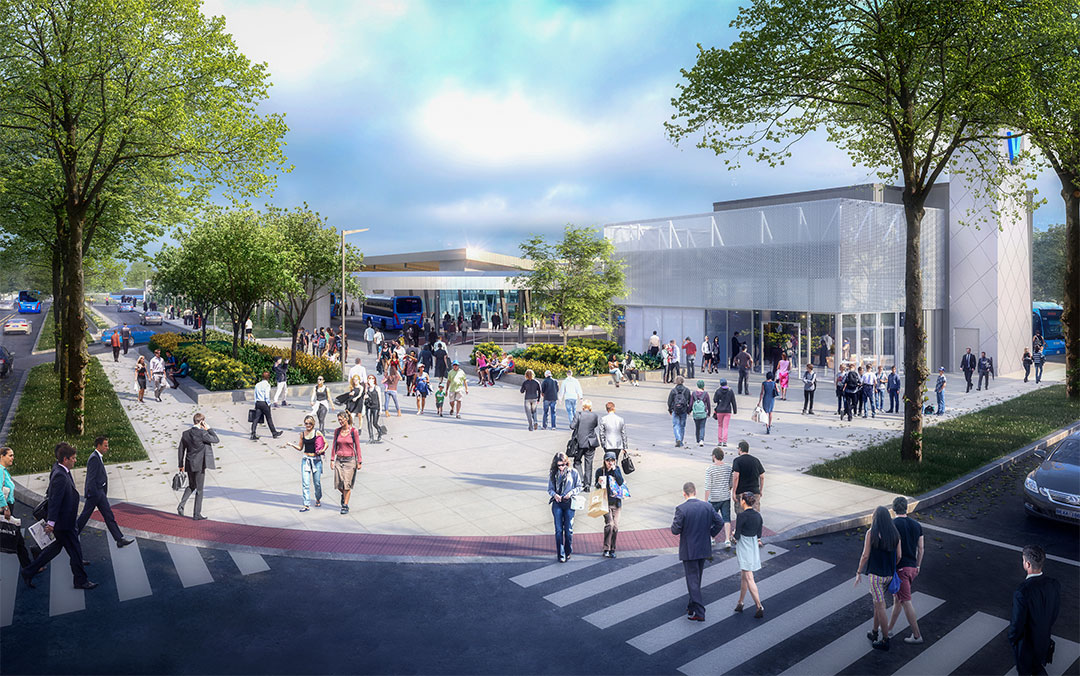 Representatives from three levels of government gathered in Markham, Ontario to announce that the Cornell Bus Terminal – a new transit hub – is expected to reach completion and open for service this summer.

“As the York Region and the Greater Toronto Area continue to grow, the Cornell Bus Terminal will fulfill an important role as a central hub that helps commuters with affordable and efficient means to get around the region,” said Helena Jaczek, Minister responsible for Federal Economic Development Agency for Southern Ontario.

“Along with the immediate benefits this transit hub will bring to residents, once complete, the future Yonge North Subway Extension – one of Premier Ford’s priority transit projects – will provide more high quality transit connections for the residents across York Region,” said Caroline Mulroney, Ontario Minister of Transportation.

“This new terminal strengthens transit connections and is a great addition to the community hub which includes the Markham Stouffville Hospital and Cornell Community Centre. The new terminal provides convenient connections to numerous transit routes including the 34-kilometre bus rapid transit network and the future Yonge North Subway Extension,” said Frank Scarpitti, chair of the Board of York Region Rapid Transit Corporation and Mayor of the City of Markham.

Cornell Bus Terminal’s total project cost is $50.8 million; with the Government of Canada contributing $10.4 million, the Province of Ontario providing $18.6 million and The Regional Municipality of York contributing $21.8 million. The remaining finishing work to the terminal will be completed prior to the terminal opening for service this summer, which coincides with a change in YRT bus routes and the completion of bus driver training.

TTC to get 60 Thunder Bay-made streetcars