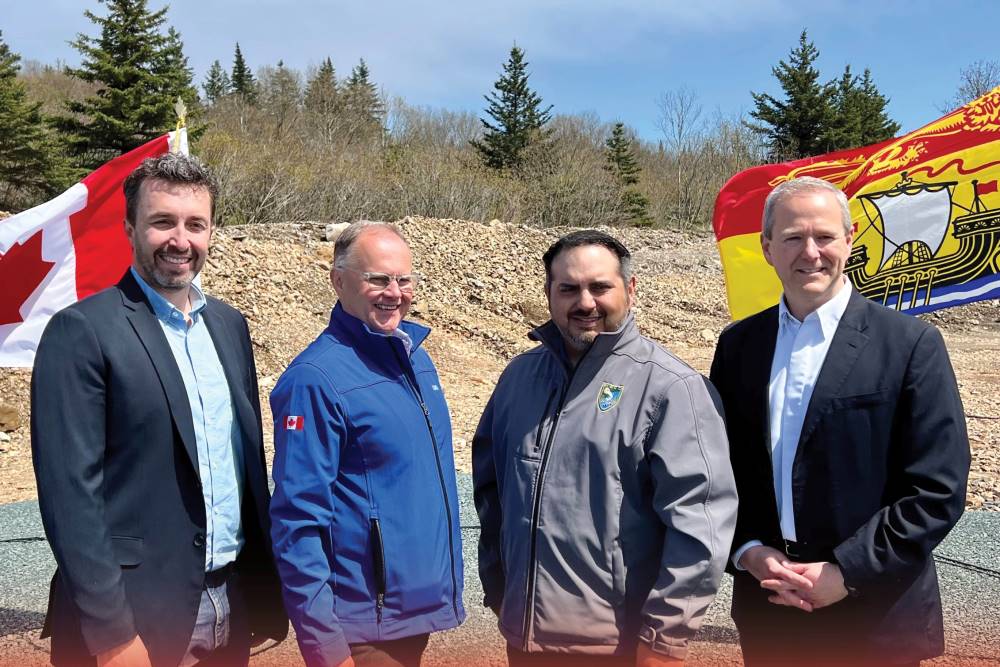 “Today’s investment in the Burchill Wind Energy Project in New Brunswick contributes to our target of a net-zero emitting electricity system by 2035,” said Jonathan Wilkinson, Minister of Natural Resources. “This project’s renewable energy generation, paired with effective storage, is an example of the technology that is creating a greener, more connected electrical grid while enhancing our energy security.”

The Burchill Wind Energy Project will consist of 10 wind turbine generators, producing up to 42 megawatts (MW) of clean, renewable energy coupled with a 10 MW/20 MWh utility-scale battery energy storage system. The project will support a greener grid in New Brunswick and reduce greenhouse gas emissions, while supporting an equitable transition to an electrified economy.

“This partnership is a great example of how government, industry and Indigenous communities can work together for mutual benefit. The people of Neqotkuk are pleased to expand our renewable energy portfolio and proud to produce green renewable energy to the city of Saint John,” said Chief Ross Perley, Tobique First Nation

“True partnerships bring the strength of each partner to the benefit of all,” said Robert Apold, Natural Forces Development. “The support of the Canadian government has directly led to reduction in greenhouse gas emissions, true community ownership of renewable assets and low-cost power for the City of Saint John. Natural Forces is proud to be part of this partnership that is helping address the climate crisis we are currently facing.”