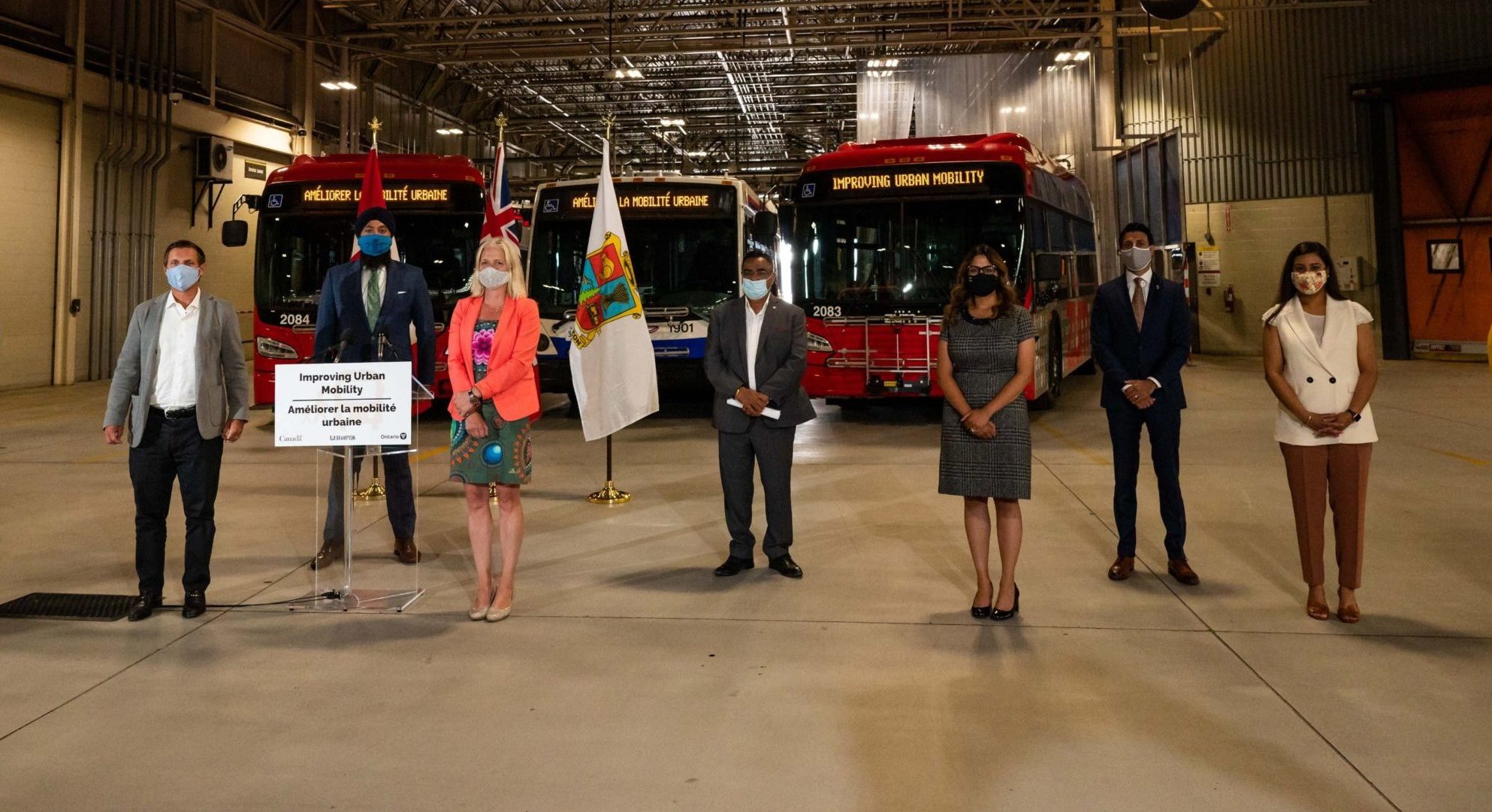 Brampton city council recently welcomed a significant investment from the Government of Canada and Government of Ontario that will support public transit infrastructure in Brampton.

Catherine McKenna, Minister of Infrastructure and Communities, announced that a Government of Canada’s investment of over $45.3 million in four projects through the Public Transit Infrastructure Stream (PTIS).

Prabmeet Singh Sarkaria, Associate Minister of Small Business and Red Tape Reduction, and Member of Provincial Parliament for Brampton South, on behalf of Laurie Scott, Ontario’s Minister of Infrastructure, announced the Government of Ontario is contributing more than $37.8 million to the public transit infrastructure projects.

The City of Brampton is also contributing over $30.2 million. All investments are being made jointly through the Investing in Canada infrastructure plan.

“With the help of our Federal and Provincial partners, we are able to invest in our communities by supporting and growing our infrastructure,” said Brampton Mayor Patrick Brown. “Reliable transit helps increase accessibility to services and jobs, reduces greenhouse gas emissions and improves the overall health of our community. I look forward to our continued partnerships to support our community here in Brampton.”

Overview of the four transit projects: