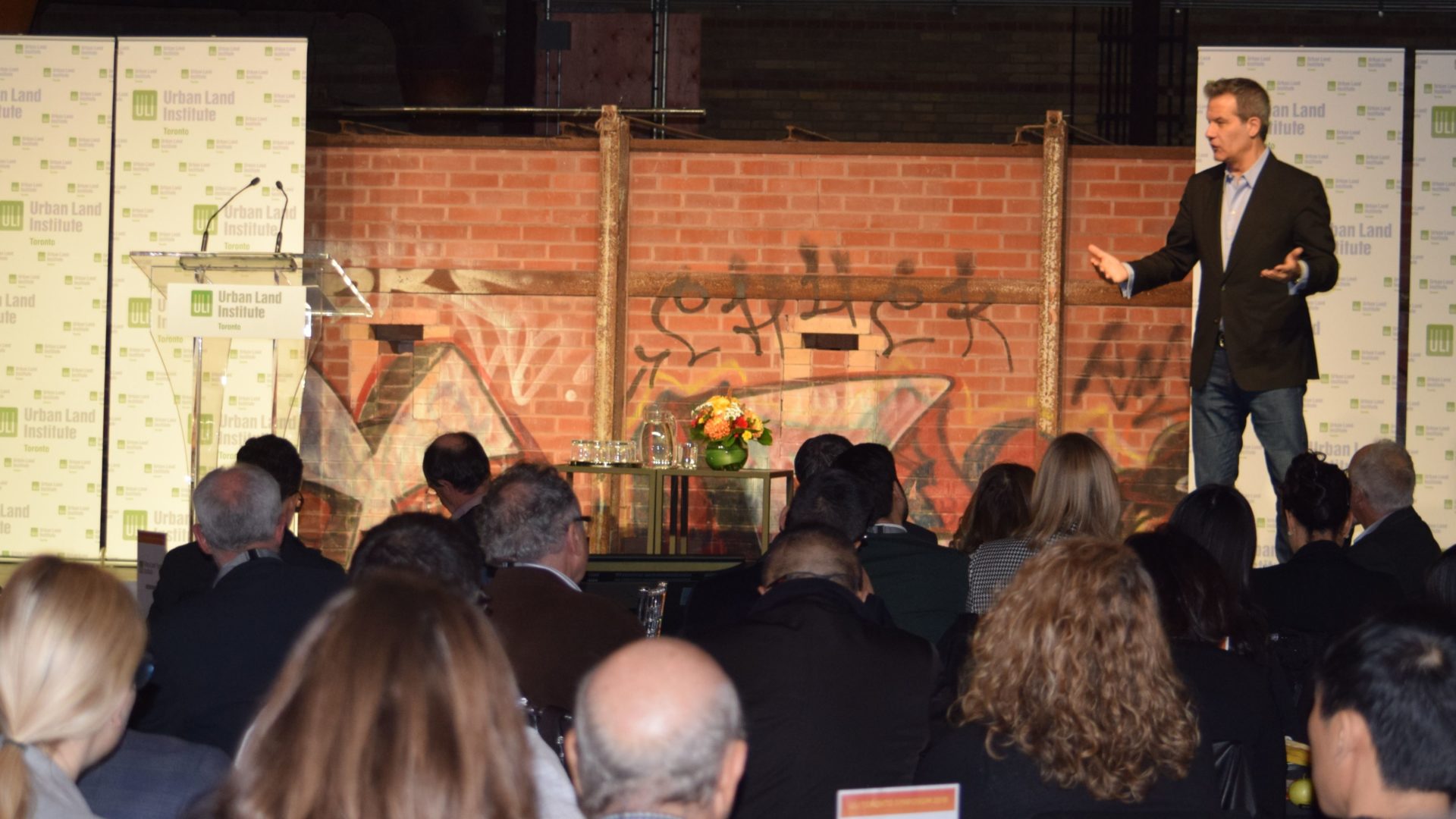 Building Canada’s largest city to accommodate the demands of the decades to come is the challenge facing urban developers building Toronto.

At the Urban Land Institute’s (ULI) Toronto Symposium 2018, more than 200 urban developers and associated stakeholders gathered at Evergreen Brick Works to discuss current development ongoing in Toronto, as well as the future needs for residential, commercial, industrial, institutional, and public sector infrastructure development that will build an affordable and accessible city.

University of Toronto professor Richard Florida, who has also written several books on urbanism, provided keynote remarks for the symposium, speaking on the urban development challenges that the city is currently faced with. He painted the picture of a city “in a crisis borne of our success”, with residential and public sector infrastructure growth that has not kept pace with the business success that the city has experienced. Toronto now represents approximately one-fifth of the nation’s GDP, which put into American terms, means the equivalent of combining New York City, Los Angeles, San Francisco and Washington D.C.

In order to meet the demands that the city’s success has created, Florida suggests that we need to think about how to build up the density of the entire area, not just Toronto’s core. Meeting the needs for housing affordability takes increasing the stock throughout the region, not just in the downtown. Building up, especially along existing and future rail corridors, gives people access to the networks that can move people from home to work and back again.

That will take a shift of thinking in some Toronto neighbourhoods, where increased population density hasn’t occurred since the areas were first built. That doesn’t necessarily mean skyscrapers in every part of the city, but perhaps medium density solutions that are currently available, such as low-rise apartments and stacked townhouses, can increase the housing stock and make for greater affordability without increasing the residential land footprint outward.

Some of the solutions for how to future-build the community could also come as a result of the community Sidewalk Labs is designing on the Toronto Waterfront. But Florida stressed how important it is to get that project right, which means creating a ‘lab’ environment where infrastructure solutions can be tested, while also finding the solution for data gathering and privacy that the community at-large is comfortable with.