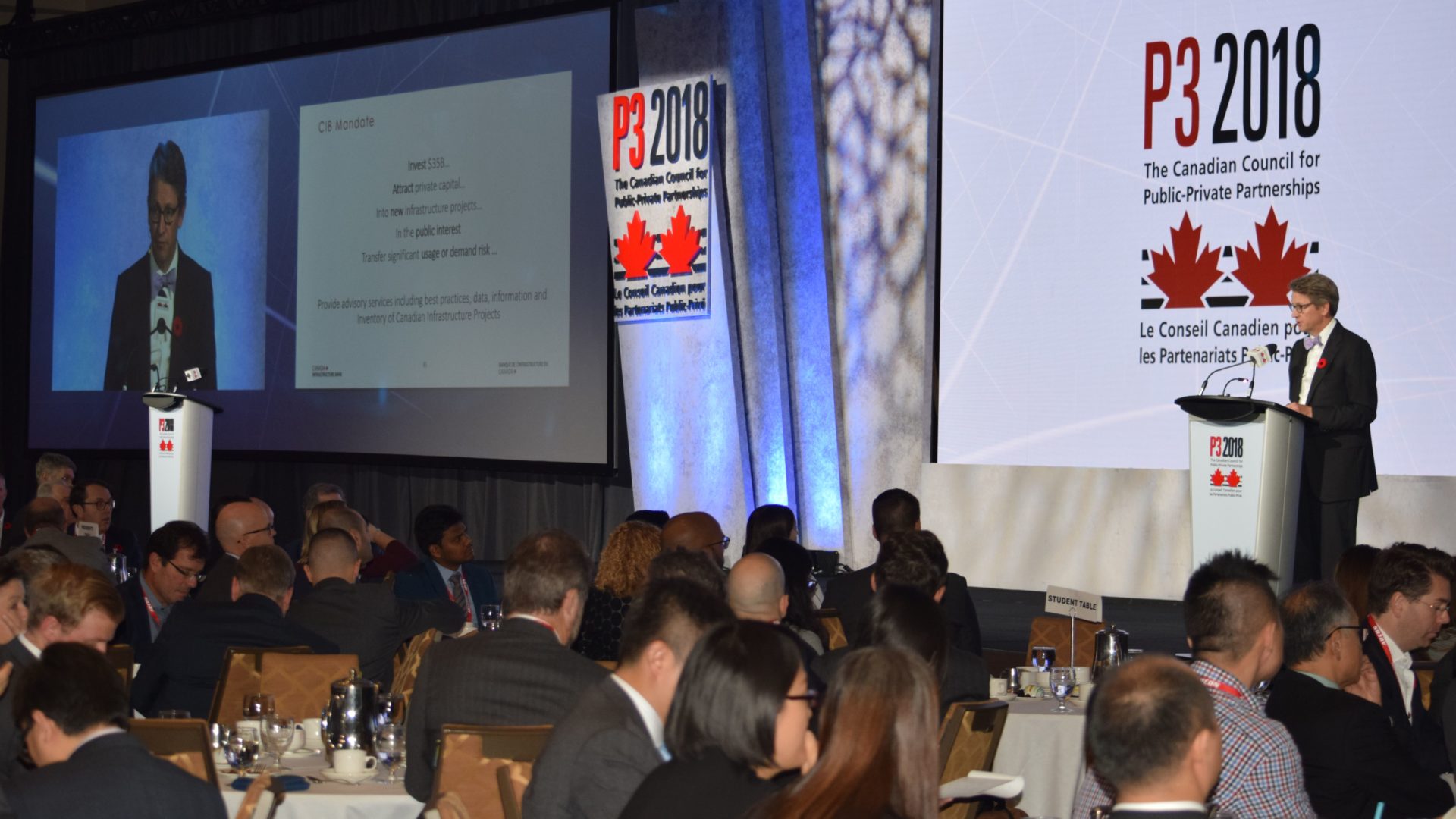 The head of the Canada Infrastructure Bank has provided a glimpse into the quality and quantity of conversations his team has had regarding potential infrastructure investments.

Speaking at the 26th annual Canadian Council for Public-Private Partnerships conference in Toronto, Bank CEO Pierre Lavalleé provided an overview of how conversations about future investment opportunities will lead to more announcements in the near future. To date, the Bank has funded just one project, with August’s announcement on a 15-year loan worth $1.28 billion for the Réseau express métropolitain (REM) transit project in Montreal.

During the presentation, Lavalleé announced that, to date, his team has had over 120 outreach meetings regarding potential investments for infrastructure projects. From those meetings, more than 55 projects have been discussed, more than half of which represent unsolicited proposals. And as of now, the Bank is actively engaged in discussions regarding 10 projects. He did not speculate how much of the remaining $33.2 billion in available funding would be swallowed up by those 10 projects.

When the federal government announced its intentions to set up the Canada Infrastructure Bank, then-Minister of Infrastructure and Communities Amarjeet Sohi stated that the Bank would be a tool that could be accessed by municipal governments, not just provincial and territorial entities, contractors, or other industry stakeholders.

Lavalleé noted that, yes; municipalities have been active in both exploratory meetings and project pitching during the early stages of discussions with the Canada Infrastructure Bank. He would not provide specifics on which projects have been pitched, as is the practice for the Bank, but that municipalities had been one of the more engaged parties in exploring use of the Canada Infrastructure Bank to get key infrastructure priorities built in the near term.

With strong participation in the process thus far, the Canada Infrastructure Bank is providing a new funding opportunity that has created serious interest from industry stakeholders across the country.