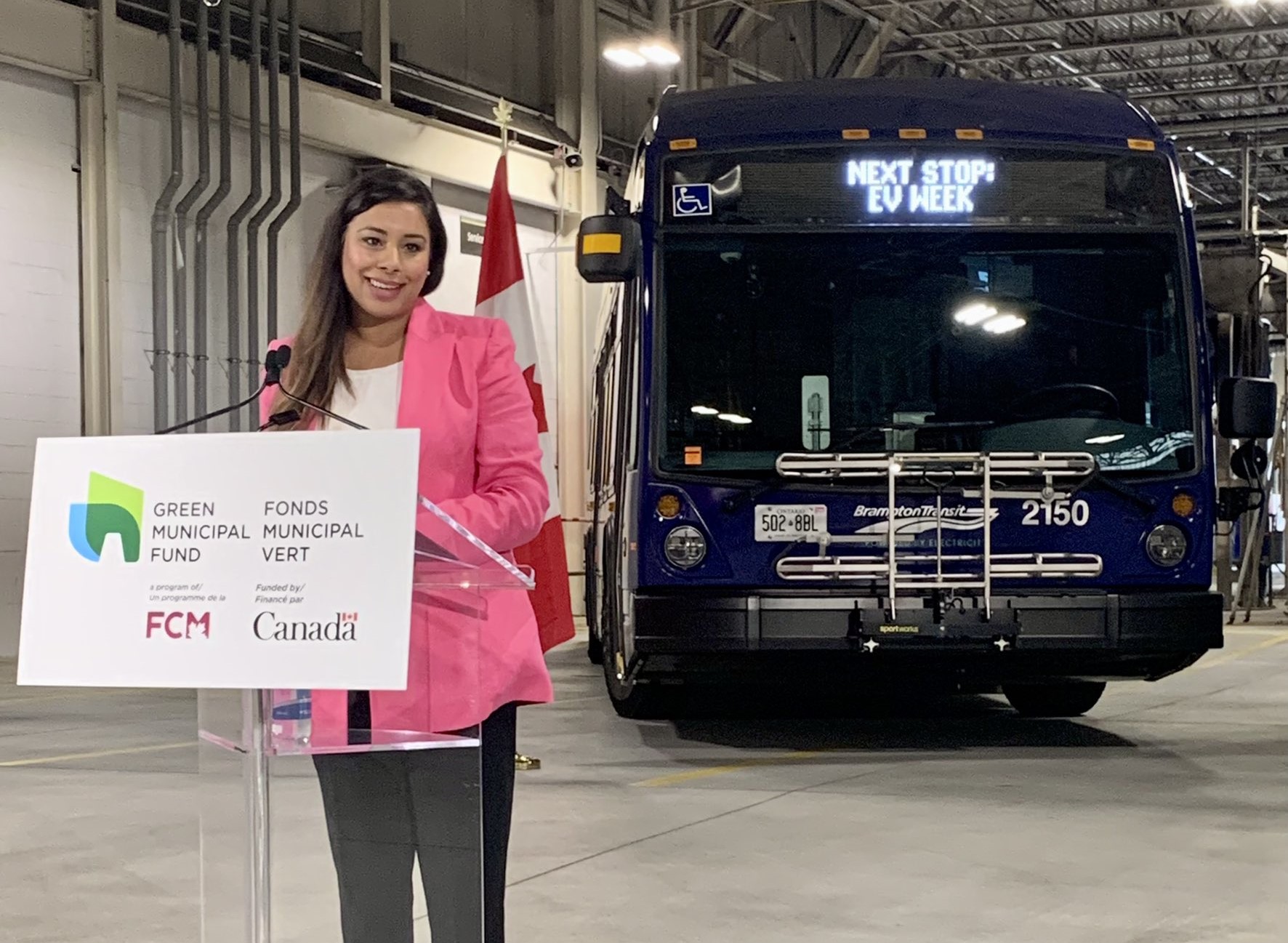 The Government of Canada and the Federation of Canadian Municipalities, announced a $253,000 investment through FCM’s Green Municipal Fund (GMF) to support the transition to low-emission transit.

“Local governments own sixty percent of the country’s infrastructure. With support from the Green Municipal Fund, municipalities of all sizes are implementing smart sustainable solutions to improve their infrastructure,” said Rory Nisan, FCM board member and Councillor, Regional Municipality of Halton. “Together, we are building resilient communities, accelerating the path to net-zero and helping achieve Canada’s climate goals.”

The Canadian Urban Transit Research and Innovation Consortium (CUTRIC) receives $175,000 to support the City of Brampton’s strategic efforts in reducing greenhouse gas emissions and to meet future ridership demand for public transit. The focus of the study is to assess the feasibility of using zero tailpipe-emission buses (ZEBs) on Brampton Transit’s route network.

CUTRIC receives an additional $78,000 to support the City of Burlington’s efforts to reduce its carbon footprint. The focus of this study is to analyze the techno-economic and life-cycle emissions associated with transitioning Burlington Transit’s fleet to fuel cell electric buses (FCEBs) across all routes and blocks.

“Humans today mostly live in cities. Cities should lead the way in addressing climate change and planning for our future in a climate changed world. CUTRIC is proud to work with cities like Brampton and Burlington,” said Josipa Petrunić, president and CEO, CUTRIC. “These cities are burgeoning hubs of innovative thinking around climate action. The time is now to transform the country’s infrastructure and low-carbon mobility landscape.”

Both studies will be carried out using CUTRIC’s internally developed predictive modelling tool, RoutΣ.i™. This tool incorporates operational conditions such as route maps, transit schedules, weather, and passenger-loading to determine the feasibility and benefits of adopting ZEBs or FCEBs based on existing technology.

“Since my election in 2015, I have seen first-hand the important role CUTRIC has played in our transition to low-emission transit. This funding allocation is just one of many, in partnership with CUTRIC, that the City of Brampton is receiving as we electrify our future, reduce pollution and invest in clean transportation infrastructure – bringing us one step closer to net-zero emissions.” said Ruby Sahota, MP for Brampton North

The Green Municipal Fund, administered by the Federation of Canadian Municipalities, is funded through an endowment by the Government of Canada. GMF helps local governments switch to sustainable practices faster. Its unique mix of funding, resources and training gives municipalities the tools they need to build resiliency and reduce greenhouse gas emissions.