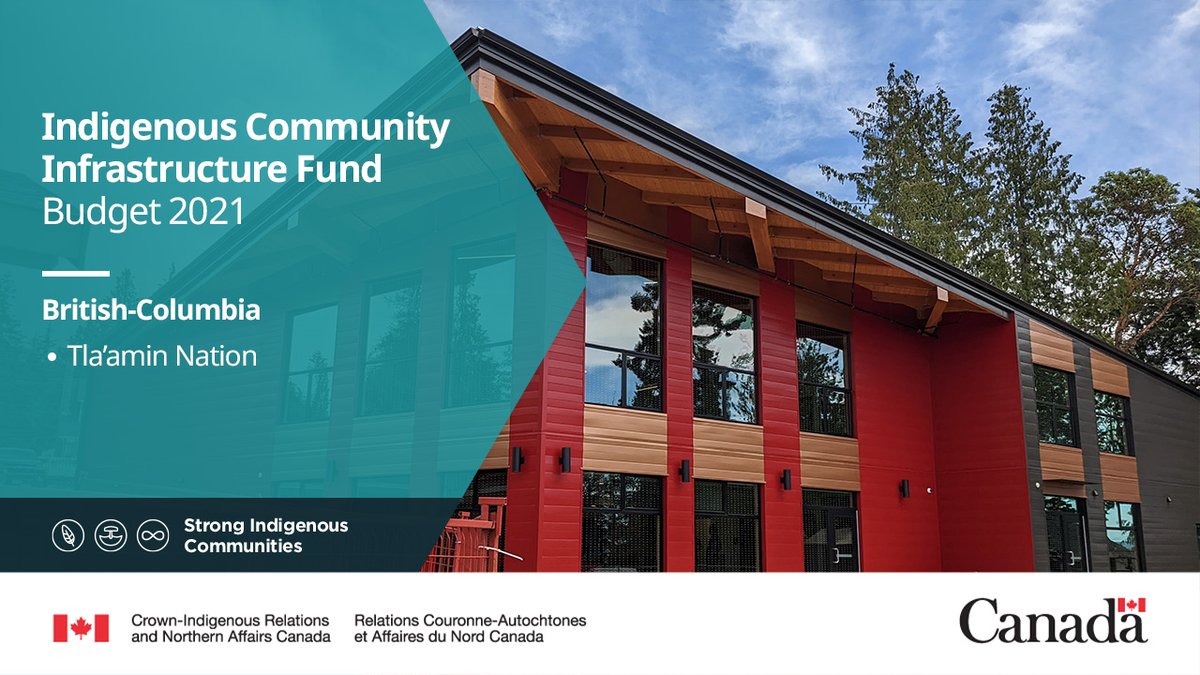 The Government of Canada announced funding for major investments for ɬaʔamɩn Nation’s infrastructure goals across its water and sewer systems, drainage, roads, bridges, and community buildings. The government is providing a total of $7.3 million towards the projects through the Indigenous Community Infrastructure Fund (ICIF).

The ICIF, announced in Budget 2021, provides recipients with the flexibility to design and deliver infrastructure projects that make the most sense for their communities. For Indigenous Self-Governing and Modern Treaty partners, some of these projects are expected to include upgrades to water systems, the construction of cultural and community facilities, and the building of new homes for current residents and future growth.

“We understand the importance of closing social and economic inequities between Indigenous and non-Indigenous communities,” said Marc Miller, Minister of Crown–Indigenous Relations. “Supporting immediate infrastructure needs, as determined by Indigenous partners, will create jobs and build healthier, safer, and thriving communities in the long term. With this historic investment, the ɬaʔamɩn Nation will determine their own priorities according to their vision of self-determination, and improve the well-being of their members.”

The ICIF builds on allocations from the Gaps-Closing Infrastructure Fund announced in Budget 2018. The ɬaʔamɩn Nation applied approximately $2.5 million towards a 10-unit multiplex housing facility and has leveraged the remaining funds of approximately $1 million to construct a child development resource centre. To date, $94.2 million over four years has been dedicated to British Columbia-based Self-Governing and Modern Treaty Nations.