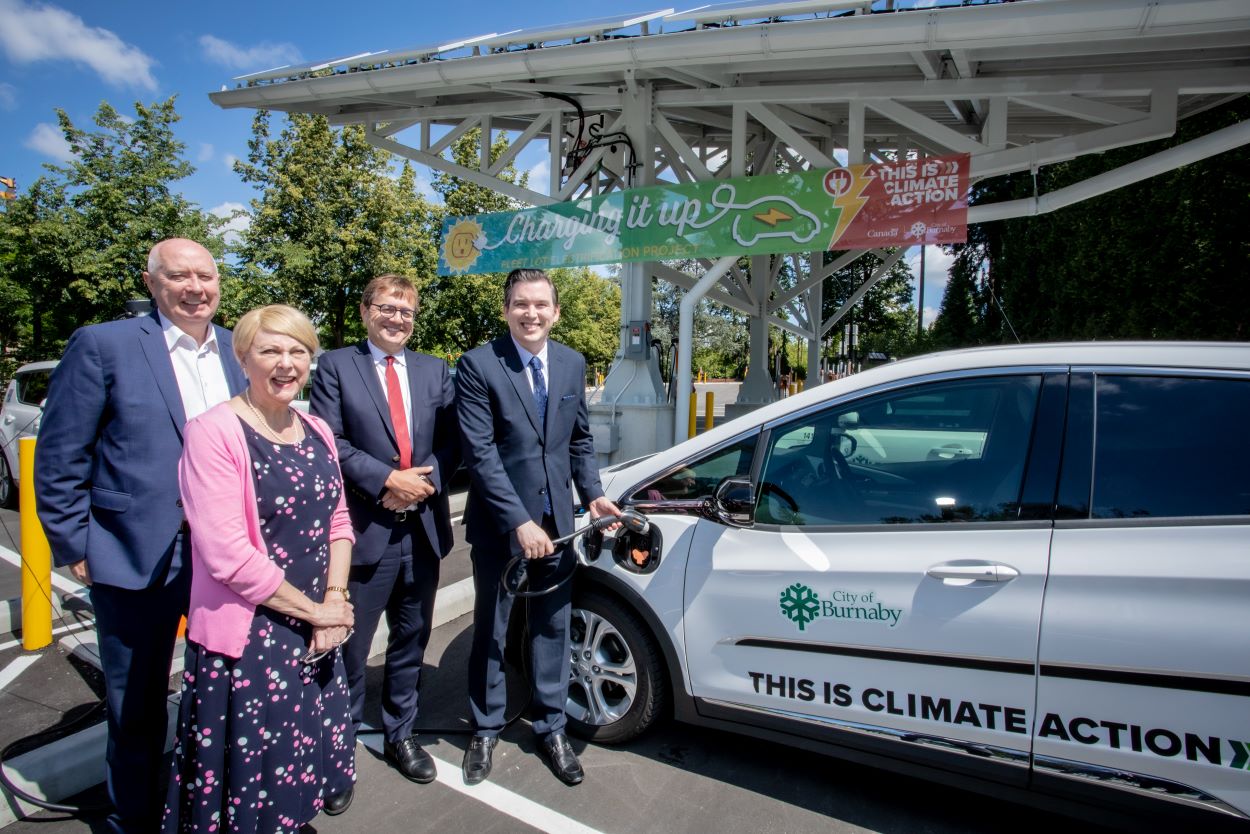 As part of EV Week in Canada, Natural Resources Canada announced a combined investment of $1.7 million to two organizations to install a total of 128 EV chargers in British Columbia.

“Investing in more EV like the ones announced today in British Columbia will put more Canadians in the driver’s seat on the road to a net-zero future and help achieve our climate goals,” said Jonathan Wilkinson, Minister of Natural Resources.

Funded through Natural Resources Canada’s (NRCan) Electric Vehicle and Alternative Fuel Infrastructure Deployment Initiative and Zero-Emission Vehicle Infrastructure Program (ZEVIP), the British Columbia Ministry of Transportation and Infrastructure received an investment of $1.2 million to install 28 EV stations. This initiative and program support the deployment of charging and refuelling infrastructure where it is most needed, along highways and where Canadians live, work and play. All EV stations will be available to British Columbians by the winter of 2022. The BC Ministry of Transportation and Infrastructure also contributed $2.4 million, bringing the total project cost to $3.6 million.

Also funded through NRCan’s Zero-Emission Vehicle Infrastructure Program (ZEVIP), the City of Burnaby received an investment of $500,000 to install 100 Level 2 EV chargers for use by its fleet at city hall. The chargers were activated in May 2022 and will accelerate the city’s transition to a zero-carbon vehicle fleet. The City of Burnaby also contributed over $650,000, bringing the total project cost to over $1.1 million.

“We’ve accelerated our targets for EV sales moving forward and rural charging infrastructure is critical to advancing these goals,” said Rob Fleming, BC Minister of Transportation and Infrastructure. “We’re pleased to work with our federal partners and others to ensure all British Columbians have access to a net-zero future.”

Since 2015, Canada has invested a historic $1 billion to make EVs more affordable and chargers more accessible for Canadians. These investments are supporting the establishment of a nationwide network of chargers in local areas where Canadians live, work and play, while federal rebates of up to $5,000 are helping more Canadians make the switch to an EV.

“This is an exciting project for the City of Burnaby as we strive to activate our community to more rapid action on climate change,” added Burnaby Mayor Mike Hurley. “We are grateful for the federal government’s significant contribution to this project, as it will not only act as a catalyst for our fleet electrification but also as a source of inspiration for our community to act fast to achieve carbon neutrality in advance of our 2050 targets.”

Budget 2022 provided an additional $1.7 billion to extend the government’s purchase incentive program until March 2025 and to expand the types of vehicle models eligible under the program, which would include more vans, trucks and SUVs. In support of the government’s objective of adding 50,000 zero-emission vehicle (ZEV) chargers to Canada’s network, Budget 2022 also provided an additional $400 million to Natural Resources Canada to continue deploying zero-emission vehicle infrastructure by extending the ZEVIP to March 2027, complemented by $500 million that Canada’s Infrastructure Bank will invest in large-scale ZEV charging and refuelling infrastructure that is revenue-generating and in the public interest.

“The transition to a clean and sustainable economy has been accelerating over the last six years. Only a few years ago, you couldn’t drive an electric vehicle from Vancouver Island to Prince Edward Island, but now you can. Today’s announcement of 100 new charging stations in Burnaby will make having an electric vehicle more accessible in our community. Our government will continue to make investments so that Canadians have access to sustainable transportation options,” said Terry Beech, MP for Burnaby North-Seymour.