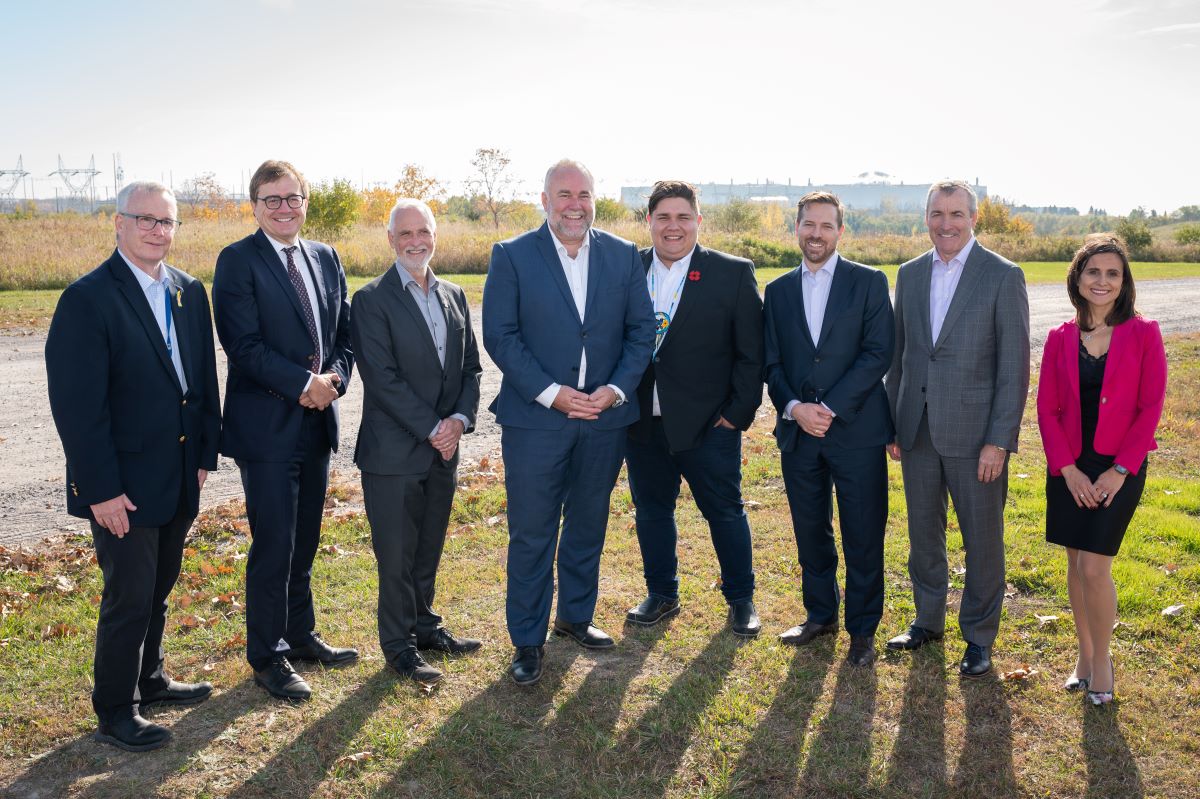 OPG is developing and constructing the 300-megawatt SMR next to OPG’s existing 3,500-megawatt Darlington Nuclear Generating Station in Clarington, Ontario.

“Energy experts say there is no path to bringing the world’s carbon emissions to zero by 2050 without nuclear. The CIB’s $970 million investment will help OPG construct Canada’s first small modular reactor. As our largest clean power investment, we are supporting technology which can accelerate the reduction in greenhouse gases while also paving the way for Canada becoming a global SMR technology hub,” said Ehren Cory, CEO, Canada Infrastructure Bank.

SMRs are a new class of nuclear reactors which are approximately 300 megawatts or less, have a smaller footprint and a shorter construction schedule, compared to traditional nuclear generating stations. SMRs can provide zero-carbon baseload power across all regions and are crucial to decarbonizing the electricity sector and broader economy.

“We know nuclear energy, including from SMRs, is an essential part of the electricity mix to help meet our climate change goals. This low-interest financing helps us advance the Darlington New Nuclear Project, paving the way for development and deployment of the next generation of nuclear power in Canada,” said Ken Hartwick, OPG President and CEO.

Zero-carbon energy from SMRs is a key pillar in OPG’s Climate Change Plan, which outlines OPG’s goals to become a net-zero carbon company by 2040 and a catalyst for achieving a net-zero economy by 2050.

The Darlington SMR will be one of the first ever developed and is expected to spearhead similar projects in Saskatchewan, New Brunswick and Alberta.

“Ontario is leading the way when it comes to new nuclear technologies and the world is watching as we build the first ever grid-scale SMR at Darlington. Today’s investment is a demonstration of the incredible opportunities of SMRs and nuclear power as a way to produce clean electricity to attract new investment, create jobs, and grow our economy while supporting electrification,” said Todd Smith, Minister of Energy.

The project will also support Canadian efforts to become a global SMR technology hub in a market estimated to be $150 billion per year by 2040.

Once fully constructed by the end of this decade, the SMR will avoid approximately 740,000 tonnes of greenhouse gas emissions annually – equivalent to the emissions of nearly 160,000 gas cars.

“Today’s announcement represents a significant step towards the development of a non-emitting electricity grid and a prosperous net-zero future. The deployment of one of Canada’s first Small Modular Reactors (SMR) at Darlington Station will further enhance Canada’s leadership in nuclear technology, create sustainable jobs, and reduce emissions. This announcement represents an important step forward for energy security and availability in Canada,” said Jonathan Wilkinson, Minister of Natural Resources.