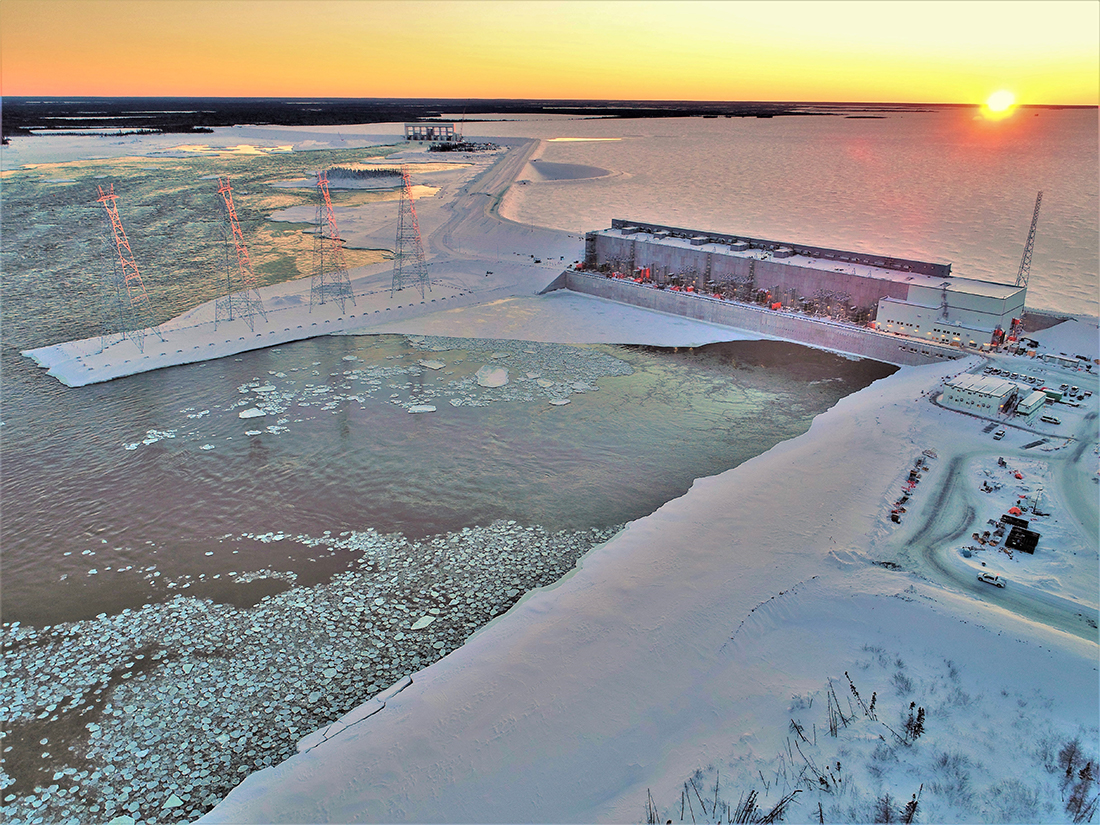 Renewable electricity has started being produced at Keeyask Generating Station in Manitoba, six-months ahead of the project’s control schedule. A further six units will be added in the coming months.

When completed, the plant will produce an average of 4,400-gigawatt-hours of electricity per year. That’s enough electricity to power 400,000 homes.

According to a statement from Manitoba Hydro, this accomplishment is the result of “a massive, coordinated team effort between Manitoba Hydro, our Keeyask Cree Nation partners, contractors, trade unions, and every person that has worked on our project” that allowed the project team to overcome multiple challenges from all involved to reach this milestone.

“First power from Keeyask builds on Manitoba Hydro’s enviable position in the low carbon world of the future,” said Jay Grewal, president and CEO of Manitoba Hydro. “Nearly 98 per cent of our electricity is already generated using clean, renewable, and virtually carbon-free hydropower – a huge advantage for our province as North America moves to reduce carbon emissions.

The Keeyask mega-project has been running ahead of its control schedule by working year-round through sub-arctic winters (down to -40º C), and more recently the pandemic. The joint venture team of Bechtel, Barnard, and EllisDon  have been employing innovative logistics measures and tools, including placing extreme cold weather concrete during the winter months. The electricity generated at Keeyask will not only power homes and businesses in Manitoba, but also allow Manitoba Hydro to meet its export commitments in both Canada and the United States.

“This is a significant milestone in this iconic renewable project. Producing electricity six-months ahead of schedule whilst navigating the challenges of COVID-19 is a tremendous accomplishment and testament to the dedication of each and every member of the Keeyask team,” said Kelvin Sims, Bechtel’s infrastructure general manager, Americas.