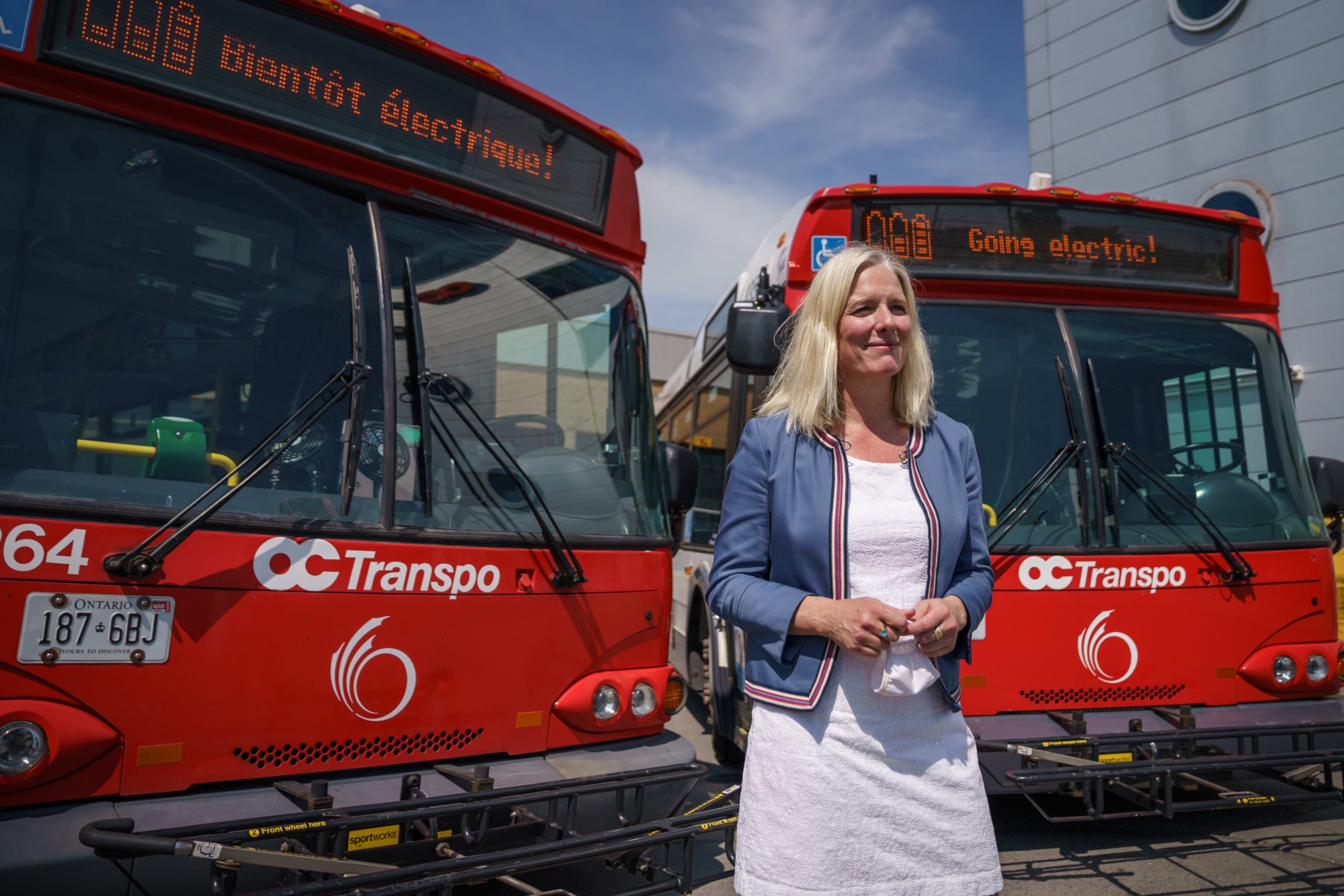 The Canada Infrastructure Bank and the City of Ottawa announced their agreement in principle, which would see the CIB invest up to $400 million, supporting OC Transpo’s adoption of 450 zero-emission buses (ZEBs) by 2027.

The electrification of vehicles is a key initiative to help the City’s goal of reducing GHG emissions in City operations by 100 percent by 2040 and demonstrates the City’s commitment to lead by example. Each battery-electric bus will provide a savings of 35,000 litres of fuel every year, which is the annual consumption of a conventional diesel-powered bus.

“This is a tremendous opportunity to modernize municipal infrastructure and build healthier communities,” added Ehren Cory, president and CEO of the Canada Infrastructure Bank. “The CIB looks to invest in projects which improve the quality of life for Canadians, and this is a great example of that.”

As outlined in the City’s report, Zero-Emission Buses for OC Transpo, to be considered at the Transit Commission on June 16, City staff will request approval from Ottawa City Council to enter into agreements with the CIB.As part of the City’s 2022 capital budget, OC Transpo will recommend purchasing 74 40-foot battery-electric buses and the required charging infrastructure, for entry into service in 2023.

“Switching from diesel buses to battery-electric is one of the most impactful actions we can take to meet Ottawa’s goal of reducing by 100 per cent the GHGs emitted from City operations by 2040,” said Ottawa Mayor Jim Watson. “This historic investment in zero-emission transit brings us one a step closer to achieving that goal and transitioning Ottawa into a clean, renewable and resilient city that is ready for the future.”

The CIB’s loan will cover the higher upfront capital costs of ZEBs compared to diesel buses, helping to accelerate the electrification of the City’s bus fleet. Financial savings are estimated to be substantial, as lifetime operating costs for ZEBs could be as much as 35 per cent lower than diesel buses.

Energy supply and charging infrastructure for this proposed transition will be supplied through an agreement with Hydro Ottawa.

“The electrification of our public transit system is critical for our city and nation’s capital to meet its energy and climate targets, and we are proud to play a part in helping achieve those goals,” said Bryce Conrad, president and CEO, Hydro Ottawa Holding Inc.