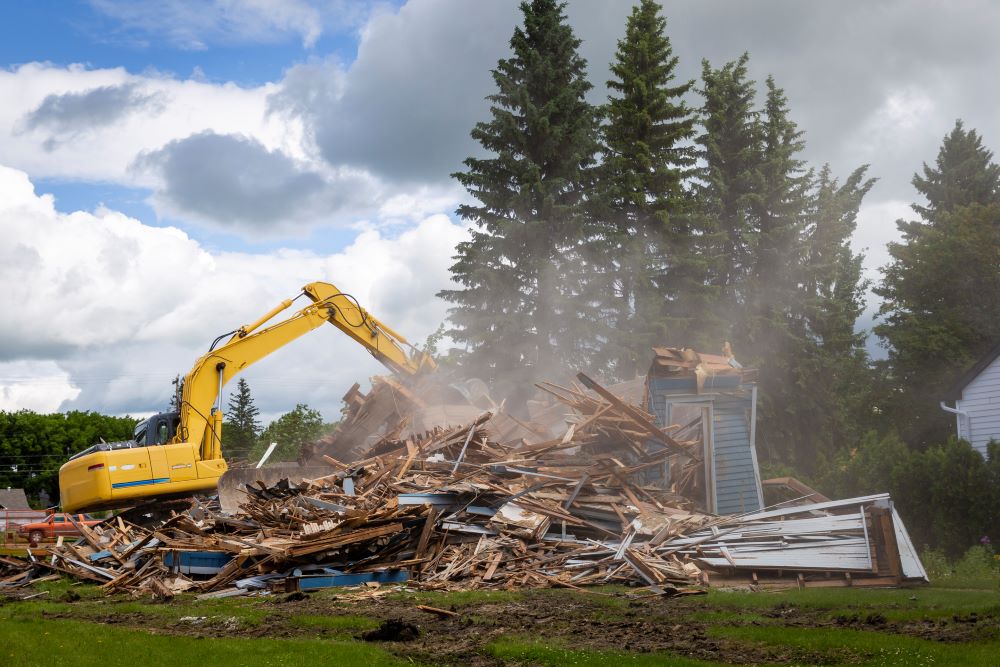 The City of Burnaby is taking a significant step towards its climate action commitments with the adoption of its new Construction & Demolition Waste Diversion Bylaw, which mandates that at least 70 per cent of waste created as a result of building demolitions must be diverted from landfills.

Once the bylaw comes into force in fall of this year, it will represent a large stride in the City of Burnaby’s efforts to meet Metro Vancouver’s regional goal of 80 per cent overall waste diversion.

Adoption of the new bylaw is the latest action the City is taking to implement the big moves identified in Burnaby’s 2020 Climate Action Framework. As materials from construction and demolition make up a third of Metro Vancouver’s solid waste, making improvements in the sector is an integral part of the City’s overall waste reduction strategy. More than half of the approximately 400,000 tonnes of demolition material which flows into Metro Vancouver landfills annually is recyclable, and diverting resources like wood, metal and concrete to recycling facilities is a vital step in reducing the greenhouse gases these materials emit when not disposed of correctly.

The new bylaw will be introduced in phases, with multi-family and non-residential demolitions subject to the new regulations on October 1, 2022, and rules for single- and two-family buildings coming into force on March 1, 2023. After these dates, demolitions will require a non-refundable application fee of $250, and a deposit of $2.25 per square foot of the building being demolished, with a maximum deposit cap of $50,000. The refund received will be calculated on the percentage of waste diverted to the proper recycling channels, with the entire deposit amount being refunded for demolitions which divert 70% or more of their waste.

Construction of Fire Station 4 in the City of Burnaby to...