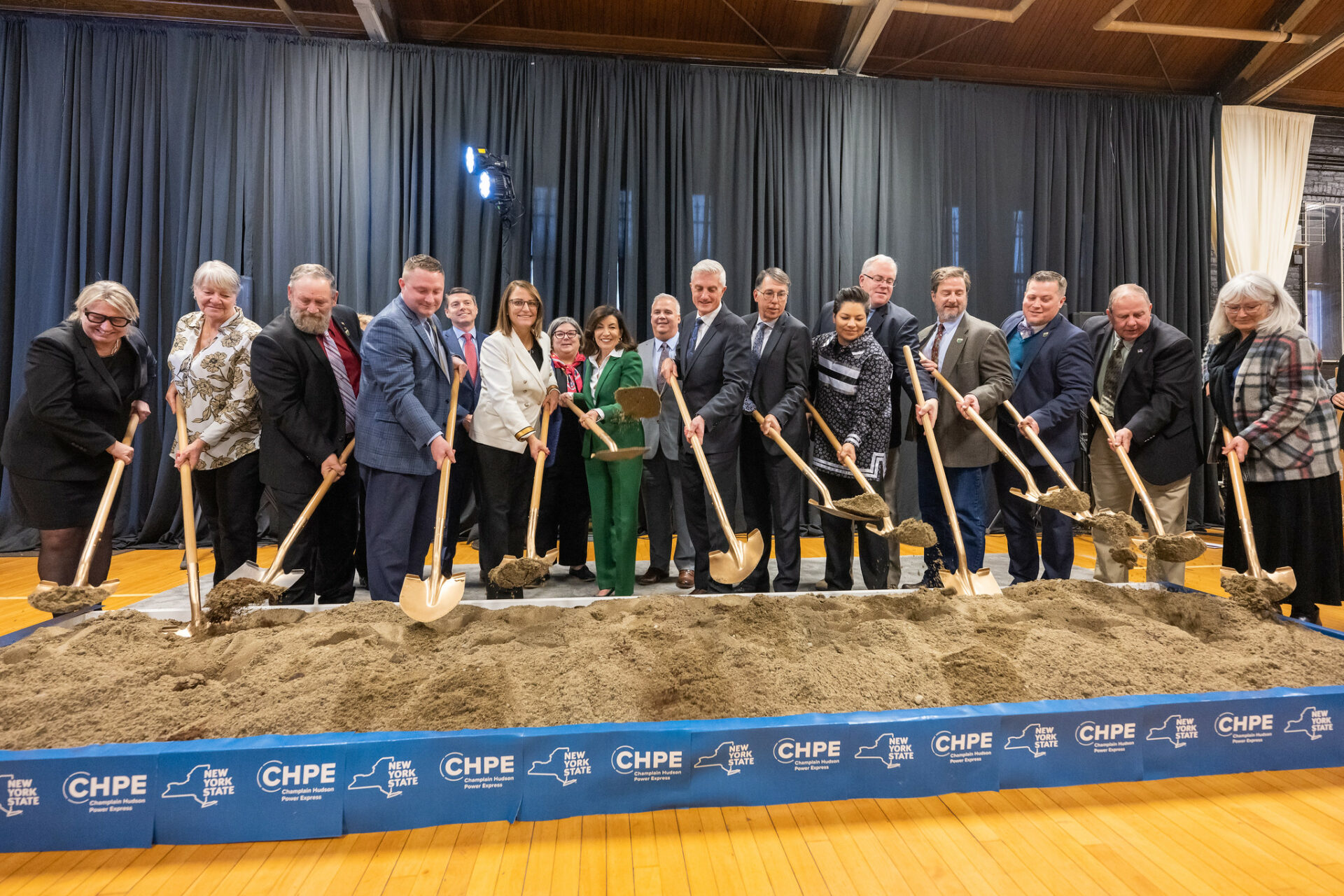 The construction of this green infrastructure project, begins following the execution of a major union labor agreement between the developer and New York State Building and Construction Trades.

“As construction begins on this project to help deliver clean energy to New York City, our state is setting yet another example of what climate action looks like,” said Governor Hochul. “The Champlain Hudson Power Express transmission line is a monumental step toward protecting our environment and creating family-sustaining, green jobs in both upstate and downstate New York. In partnership with union labor, this green infrastructure project will bring billions of dollars in economic benefits to our state and will pave the way for cleaner air and a healthier future for all New Yorkers.”

CEO of Hydro-Québec Sophie Brochu said: “This new transmission line linking the largest generator of clean renewable energy in North America with New York City will change the energy landscape of our entire region. The CHPE is, in a way, a conduit for many meaningful things – large volumes of hydroelectricity to reliably power homes and businesses without burning fossil fuels to do so; a community investment approach which is grounded in principles of social justice and new partnerships with Indigenous communities, such as our Mohawk friends from Kahnawà:ke, who are with us here today. Decarbonization is our common goal, and we intend to continue to be your ally, supplying climate-friendly energy to New York for many more decades to come.”

Transmission Developers CEO Donald Jessome said: “This is a moment more than a decade in the making, as we officially begin construction on a transformational project that will play a major role in helping New York achieve its ambitious renewable energy goals. Reaching the groundbreaking for CHPE is the culmination of the tireless efforts of so many who believed in this project over the years, from public officials, to community partners, business organizations, labor unions and environmental groups, who all made important contributions to this process, demonstrating how to make large-scale, complex energy initiatives a reality. We look forward to continuing our hard work to deliver this clean energy transmission project and its wide-ranging benefits to New York.”

Champlain Hudson Power Express is the first of two historic projects to start construction under the State’s first-of-its-kind renewable energy and transmission program, known as Tier 4, that is administered by the New York State Energy Research and Development Authority. The program aims to responsibly deliver a significant increase of renewable energy to New York City, an area of the state that relies on aging fossil fuel-fired generation located largely in underserved communities, experiences the most significant air quality issues and health impacts from fossil fuel emissions, and has a marked need for improved grid reliability and resiliency. Once completed, Champlain Hudson Power Express will deliver 1,250 megawatts of clean hydroelectricity, enough to power over one million homes, and will reduce carbon emissions by 37 million metric tons statewide, the equivalent of taking over half a million cars off the road every year. The transmission line is expected to be fully operational in the spring of 2026.

This milestone comes after the New York State Public Service Commission approved the project’s first Environmental Management and Construction Plan for a 17.6-mile stretch of the transmission route between Putnam and Whitehall. The initial stage of construction activities, including site preparation and construction of a laydown yard, will begin in Washington County, near Whitehall, and is anticipated to continue through November 2024.

Hydroelectric project to be built on the Inukjuak River