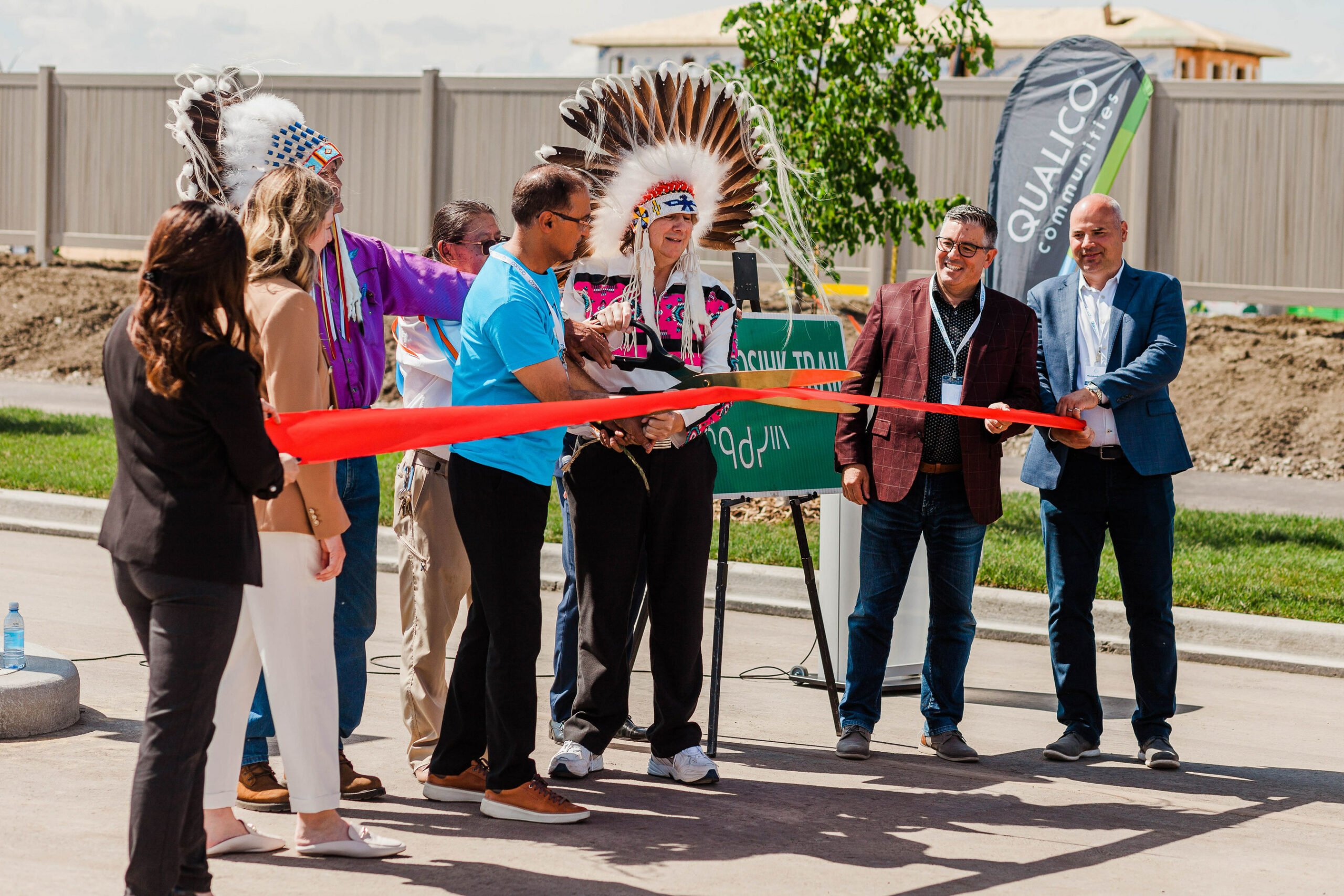 Qualico Communities celebrated National Indigenous Peoples Day by hosting the grand opening of the newly completed Maskêkosihk Trail. This 2-kilometre stretch of arterial road is the first major roadway in the City of Edmonton to be given a name in honour of the Cree First Nations.

“Just like the North Saskatchewan River (which borders Riverview to the South) was once an important trade route for the Treaty 6 people, Maskêkosihk Trail is now the main artery connecting all current and future residents of Riverview to the City of Edmonton to the East and to the Enoch Cree Nation, our neighbours’ to the West.” said Brad Armstrong, VP of Community Development at Qualico Communities

Maskêkosihk is the Cree word meaning the “lands of medicines” or “the people of the lands of medicines,” depending on how you say it.  Renaming this significant roadway in honour of the Cree First Nations is a show of respect and acknowledgment for the fact that we are creating new communities on Treaty 6 Territory.

Saskatchewan nears completion of more than $100M in highway construction