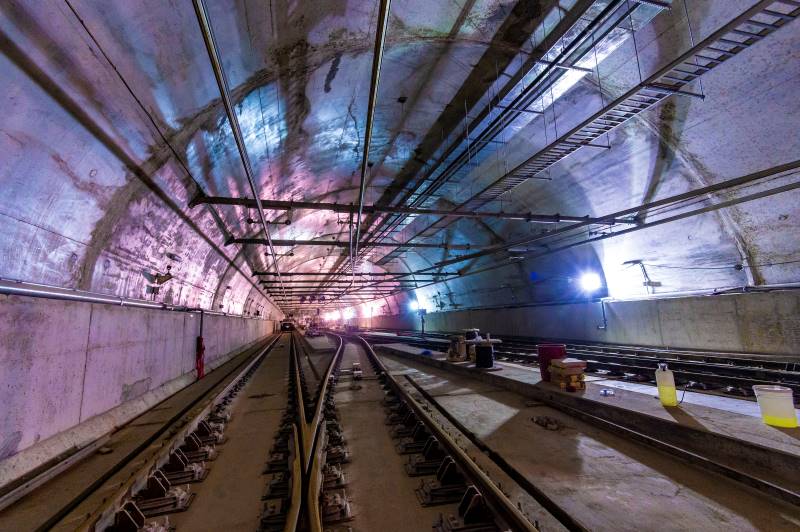 By Shoshanna Saxe and Matti Siemiatycki

There has long been talk of the urgent need to speed up the construction of major transit projects in Toronto. This comes amidst a widely held view that getting anything built in the city is unacceptably slow. This is reinforced by the recent announcement of another construction delay on the Eglinton Crosstown LRT and “priority” projects like the Waterfront LRT East still far from even starting construction.

In 2020 the province passed the Building Transit Faster Act to accelerate the environmental assessment process, expedite land expropriations by limiting opportunities for property owners to contest a forced purchase, and compel companies to move faster on relocating utilities that are in the way of transit projects. An effort to streamline construction and limit “red tape.”

To be certain, big transportation projects famously face delays during planning and construction, and if better coordination with utilities can be realized this could be particularly promising for limiting construction delay. But this is far from the main driver of slow transportation infrastructure. In recent research between the University of Toronto and University College London we look at what really happens between the time a large transportation project is first announced and when it opens? Where is time being spent or lost?

Our research on every major public transit project built in Greater Toronto over the past 20 years shows that the period of time it takes to design and procure complex transit projects in Toronto is respectable by global standards, even though delays during the construction phase are all too common.

Evidence from our research shows that “red tape” and lengthy planning processes are not what is primarily slowing down the opening of new transit projects in our region. Our biggest challenge and source of delay is a commitment problem about setting priorities, approving funding, and sticking to the plans that are set. This dwarfs the much more discussed time spent in environmental assessment or coordinating utility relocations. Focusing on environmental assessment or even the construction process itself misses the part of infrastructure delivery that is actually the slowest. Too often in our efforts to speed up construction we are looking at the wrong part of the process. To date, governments have focused on the years after funding is promised and technical engineering in progress. This misses the years and often decades it takes to even get to the starting line.

We talk seemingly interminably about which ideas have merit, which should get priority, and wait for the window where politics align and funding for infrastructure is available. The period of discussion before detailed planning even starts has too often lasted anywhere from a decade to upwards of 60 years, during which time projects are repeatedly reassessed and altered at the whim of the politicians in power. And our research only looked at project that did eventually get built, many others remain in this early prefunding, pre-design inception stage.

This is not a call for speed for speeds sake. After decades of dithering there is an undeniable urge in Toronto to ‘just get on with it’; to pick transit projects quickly and get shovels in the ground. But the need for speed cannot trump effective project selection, community consultation, and the use of evidence to inform decisions. To truly speed up transportation projects we need a clear process for setting priorities using evidence to select which projects deliver the greatest benefit, and a regional transportation plan that has the legitimacy to withstand changes in government, neither of which survive without public legitimacy.

It is tempting to blame slow infrastructure delivery on red tape. But what is really standing in the way of providing transit projects more quickly is a hesitancy to set definitive priorities, continually changing our minds and unwillingness to pay for the projects on the books.

Dr. Shoshanna Saxe is an assistant professor in the University of Toronto’s Department of Civil and Mineral Engineering.

Matti Siemiatycki is an associate professor in the University of Toronto’s Department of Geography & Planning, and Canada Research Chair in Infrastructure Planning and Finance.

Featured image: While it is tempting to blame slow infrastructure delivery on red tape, what is really standing in the way of providing transit projects more quickly is a hesitancy to set definitive priorities. (Eglinton Crosstown LRT-Metrolinx)