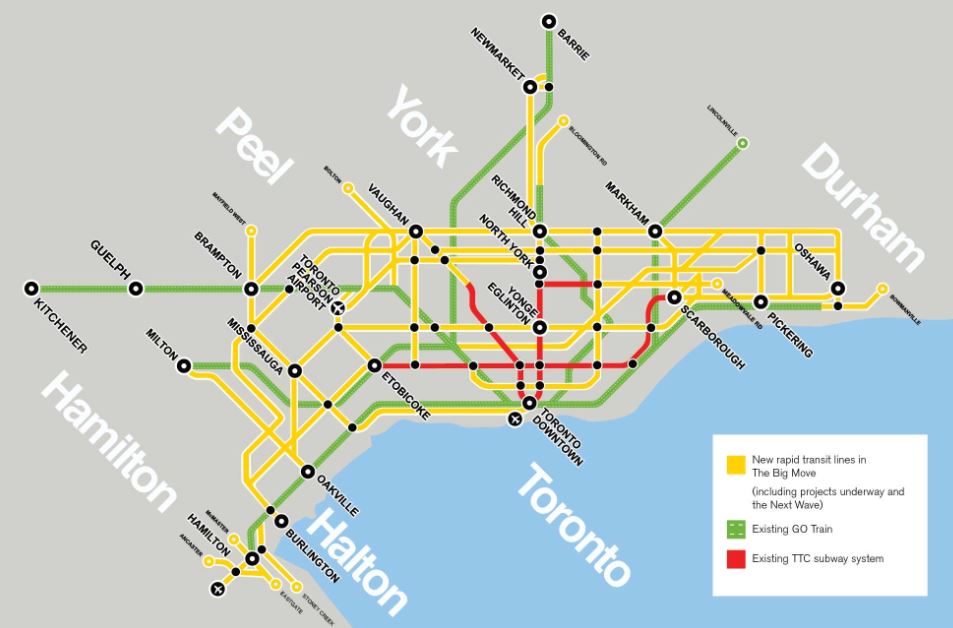 A recent survey, conducted following the unveiling of investment strategy by Metrolinx to fund and implement the $34 billion in proposed Next Wave projects of The Big Move, reveals that 84 per cent of the participating stakeholders have high levels of interest towards meeting and discussing their transportation infrastructure plans with decision-makers.

While this percentage may look astounding, there’s a split between those who wish to meet with government officials versus those wanting to meet with non-government organizations.

The survey, conducted by the Strategy Institute, goes on to identify the Top 3 challenges and the alternative methods of choice to support sustainable funding for transportation infrastructure development in the country.

Navigating the political decision-making process is voted as the most time-taking stage before the initiation of an infrastructure project with 60.3 per cent.

As Liberal Transportation Minister Hon Glen Murray leads a taskforce through the summer to review the Metrolinx proposals, stakeholders are welcoming the news of him addressing them with a more specific perspective in September.

City of Toronto councillor Adam Vaughan shares his perspective on decision-making process and investment priorities from a political standpoint. “We tend to think of infrastructure financing in terms of big ticket items, subways, LRTs, and major roads as examples, but infrastructure can be the small stuff, too. The detailed work of city building includes accessible sidewalks, beautiful and safe bike lanes, and mid-block access through animated lanes. These parts of a transportation system also need investment”, Councillor Vaughan says.

The study gets interesting, as nearly 40 per cent of the participants believed in securing long-term investments and sustainable project support through traditional funding strategies. While a relative majority could be skeptic on this approach, they will get an opportunity to hear about Edmonton’s unique approach on traditional funding with its Long-term Neighborhood Renewal Program..

P3 models are expected to emerge as a burning issue at the summit where industry leaders are expected to meet and discuss four successful case studies, including the Eagle P3 Mega-Project in Denver, Colorado. “Transportation infrastructure is the very backbone of any nation and few investments have as large of an overall payback, both immediately and in the future. The Summit will provide a key opportunity to explore the latest funding options and most innovative financing methods to help us build and maintain our vital infrastructure”, says Phillip Washington, general manager and CEO of the Denver Regional Transportation District.

The full survey report is available for free download at www.transportationfinancing.ca.