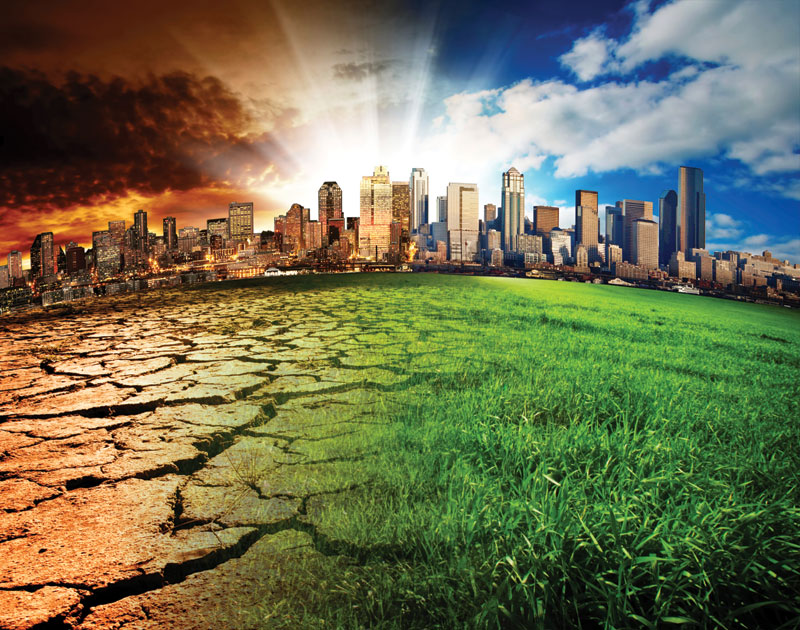 According to the World Meteorological Organization (WMO), atmospheric concentrations of the primary long-lived greenhouses gases (GHGs) reached new heights in 2013, and CO2 levels grew at the fastest rate since modern observations started 30 years ago. Many scientists have speculated the increase may signal the earth’s mechanisms for absorbing excess CO2 are becoming saturated, giving new urgency to efforts to mitigate GHGs.

As if to reinforce the point, 2013 was one of the worst years on record for weather-related disasters. In Canada, the insurance industry reported $3.2 billion in weather-related claims in 2013—a historic number that doesn’t even account for public expenses or uninsured losses. By 2050, the impacts of climate-related extreme weather could cost Canadians $43 billion per year.

Not surprisingly, recent extreme weather events in Canada and around the world have raised the profile of climate change adaptation resilience. There are limits to just how much warming we will be able to adapt to, but adaptation is no longer optional, and any rational long-term perspective on our built environment demands that resilience be a high priority in planning and infrastructure decisions.

The lion’s share of the costs of 2013’s extreme weather was from flooding. Flooding is already the most frequent type of natural hazard in Canada and this is intensifying as the climate changes.

To tackle the particular challenge that overland flooding poses to cities across Canada, Blair Feltmate and Jason Thistlethwaite from the University of Waterloo, in collaboration with The Co-operators insurance company, launched Partners for Action. This multi-sectoral group brings together property and casualty insurers, government policymakers, flood risk experts, professional associations, businesses, and the legal community to identify and promote solutions to protect our communities and our economy from extreme weather.

The Cement Association of Canada is a member of Partners for Action that recently participated in a roundtable exercise to identify priority areas to increase capacity to make sound adaptation and climate resilience decisions. With most of Canada’s population and civic infrastructure located in urban centres, it’s no surprise that Canada’s municipalities were a key focus of discussion.

Two of the three central points for action focus directly on cities. First is the need to assess the degree of preparedness of major Canadian cities to extreme weather events. While cities are at the forefront of the resilience conversation, there is limited information on what concrete actions and investments have been made and to what extent they have been effective in de-risking extreme weather. A national assessment is an important means to evaluating progress, identifying gaps, and sharing best practices. It could also highlight the role of other stakeholders, including other levels of government, as either barriers to, or enablers of, resilience.

In this vein, it’s already clear the infrastructure sector has a role to play—both as a solutions provider and as an advocate for change. In its September 2014 report, Priorities for Advancing Flood Resiliency in Canada commissioned by The Co-operators, Partners for Action highlighted built infrastructure as a top priority. The report focused on the following regarding the infrastructure challenge.

1. National and provincial residential building codes should be reviewed and updated to reflect the evolving impact of extreme weather.
Canada’s code system establishes minimum standards of safety for our built environment and represents a powerful tool for reducing the impacts of extreme weather. However, updating codes to reflect the realities of climate change poses a number of challenges. First, Canada lacks the strong aggregated data set on the cost impacts of extreme weather needed to inform a climate resiliency update to building codes. Where weather impacts are better understood, as is the case with overland flooding in some communities, there are few robust case studies documenting the effectiveness or return on investment for resilient design practices.

Finally, even where return on investment information is available and favourable—as is the case with many innovations in the energy efficiency domain—there is no robust mechanism for enshrining new solutions into codes and standards and the leadership capable of influencing stakeholders within the code development process has yet to emerge. Infrastructure professionals have an important role to play in pushing for leadership in the code process and in supporting efforts to appropriately price the risk of future weather into today’s infrastructure investments.

2. Cities should factor extreme weather into the design of new and to-be-refurbished infrastructure.
Municipalities are already wrestling with what climate change means for the daunting challenge of renewing our badly aging infrastructure. They are waking up to the reality that historical weather events are no longer an effective benchmark and that the increasing frequency and severity of extreme weather needs to play a greater role in infrastructure design criteria.

However, at a time when austerity and a preoccupation with initial cost predominate in public expenditure decisions, it is very difficult to garner enough public, bureaucratic, and political support to value “precautionary” public investments to protect against an uncertain threat.

The City of Toronto has taken steps to close this uncertainty gap with its Toronto Climate Drivers Study, which aims to help planners understand what projections on future climate mean for Toronto and to inform strategies for enhancing resilience. Similar efforts are needed at the local, regional, and national level in Canada.

During its next phase of research, Partners for Action will focus on the preparedness of cities, the one point that is not currently being addressed by any level of government or other organization. “Canada is well behind other nations when it comes to managing the risk associated with overland flooding,” said Rob Wesseling, executive VP at The Co-operators. “It is a complex issue that requires a multi-faceted response, which is why we brought together such a variety of stakeholders. Together, we’ve made very good progress on identifying the issues and mapping out a way forward to better protect Canadians and their property from the ever-increasing risks of extreme weather.”

Partners for Action represents a significant step forward in consolidating our knowledge of what changes in decisions and practices need to be made now to build a climate resilient future for generations to come. With decision makers and experts working together to address data gaps and to design integrated responses, climate-resilient infrastructure of the future will make best use of natural and human-made infrastructure that will withstand the challenges posed by climate change.