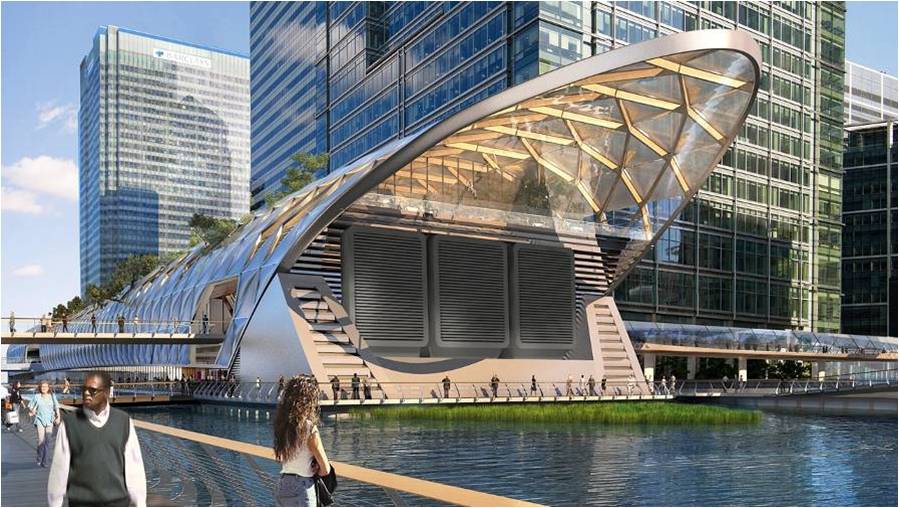 The United Kingdom has experienced significant challenges in the building of major infrastructure projects. Years of cost overruns and delays created a general fatigue in the population that left public support for large investments tepid at best. As soon as a small but vocal local contingent applied sufficient pressure, decision makers pointed to past experience as a reason for pulling the plug.

The United Kingdom is now in a position it has not been in for some time: with several major projects, such as the London Olympics and Heathrow Airport Terminal 5, having been delivered on time and on budget, there is positive momentum—and the appetite for additional projects is there.

One of those projects is Crossrail, which earlier in 2014 (at construction’s halfway point), announced that the project is expected to be delivered on time and within budget. Crossrail is one of the most significant infrastructure projects ever undertaken in the United Kingdom and is currently the largest construction project in Europe. At a cost of $27 billion (£14.8 billion), the railway development for London and South East England include 21 kilometres of twin-bore tunnels under the centre of London and eight new underground stations—a massive undertaking. When fully operational in 2018, Crossrail will provide fast rail links east to west across London and significantly cut travel times into and within the capital. The new infrastructure will serve an estimated 200 million passengers each year.

Success to date has led to a thirst for more. In the past few months, the mayor of London has put forward plans for a second Crossrail under London while the U.K. government has proposed a high-speed rail connection from London to the North of England (HS2) and the glamorously nicknamed Super Sewer (Thames Tideway Tunnel), also running beneath London.

Once a project has the green light, the way the procurement is managed is critical to ensuring organizations deliver complex projects of this size, cost, and complexity on time, within budget and to the required standard. There are a few key lessons to be learned from Crossrail that could equally be applied in Canada, which could help to gain a similar positive momentum and unlock the project pipeline.

Buyers don’t deliver
The first thing an organization should understand is that it is not delivering the end product—it is engaging partners and suppliers to do this. Many organizations gear themselves up with engineers and designers, focusing all their effort on specifying (often over-specifying) what they need for the procurement team to go out and buy. In these organizations, procurement is seen as a low-risk activity and merely a process to buy what has been specified at the cheapest price. This seems especially apparent in Canada, where use of the lowest conforming bid approach is relatively common for construction and infrastructure procurement.

The Infrastructure UK Cost Review Report 2010 and successive studies, including the National Audit Office’s Guide to Initiating Successful Projects, have all identified the need for a greater focus on the early stages of projects to ensure they are set up to succeed. This includes a focus on long-term value for money as opposed to lowest price. Rigorous focus on establishing the right delivery environment and capability, matched to the complexity of the project is seen as vital to improving outcomes.

A large proportion of risks can be mitigated by selecting suitable suppliers (by assessing capacity and capability in the procurement process) and by having robust methodologies for managing the risks in their delivery subsequently. As such, an organization’s thinking often needs to be realigned to the real task at hand: that of selecting the most appropriate suppliers to deliver what is needed at the right time, for the right price, and to the relevant quality standards. Procurement approaches need to be focused on outcomes, mitigating risks, and ultimately, ensuring successful delivery.

Buy outcomes
Another key element central to Crossrail’s success is the use of evaluation criteria that require a contractor to demonstrate and give confidence in their ability to deliver. The criteria should be linked to the successful outcomes of the contract and, on the other side of the coin, should aim to identify and eliminate the key risks that may arise during the contract. Expressed in these terms, the evaluation should identify areas of confidence and concern in a supplier’s proposed approach. These areas should be closely linked to the fundamental delivery areas of contract management.

The delivery team should be involved in the development of the criteria. At the very least, the low-scoring areas of the successful supplier’s submission should make it on to the contract’s risk register. Ideally, the findings of the proposal evaluation should be an integral part of the contract manager’s toolkit. The proposal assessment should therefore be used to identify and define the risks associated with each supplier’s delivery (as well as the background risks). Subsequently, the delivery team uses this information to track and proactively manage these risks through the delivery and operation of the program. While this might seem obvious, this is often lacking in public and private-sector buying organizations globally and often materially impacts the success of the program and reduces the benefit that may have been realized.

For strategic projects, failure to manage the risks effectively often results in an exercise of highly public political finger pointing and contributes to the public indifference (or even opposition) to investing in such important infrastructure. The money and risk involved in getting these projects wrong necessitates a more robust approach to procurement and contract management. In the case of Crossrail, procurement and contract management were at the heart of the organization and a key tenet of the risk management process.

Crossrail developed a full-program procurement strategy that was integral to the overall project rollout—and which was critical to the project’s success. This included proactive market engagement, rigorous supply chain tiering, and robust process management. The procurement was carried out in multiple phases and had to ensure timely and sequential delivery of the various categories along the project’s critical path—in this case, tunnel boring, excavation, signalling, and tracking. There were hundreds of interdependent sourcing projects to manage, each of which, if delayed, could have serious repercussions for the project timelines. Despite the astounding volume of goods and services that had to be acquired in a short period, Crossrail achieved this by the application of a well-planned procurement strategy and a purchase and supply-chain engineering model, which is now part of the recommended best practice for delivering projects of this nature.

The first train is on course to be carrying passengers on Crossrail as planned in 2018, and with that success, the United Kingdom could see many more major projects coming down the track.

John Cole is a principal consultant with Commerce Decisions Ltd. in the United Kingdom and formerly the evaluation manager (supplier selection) with Crossrail.