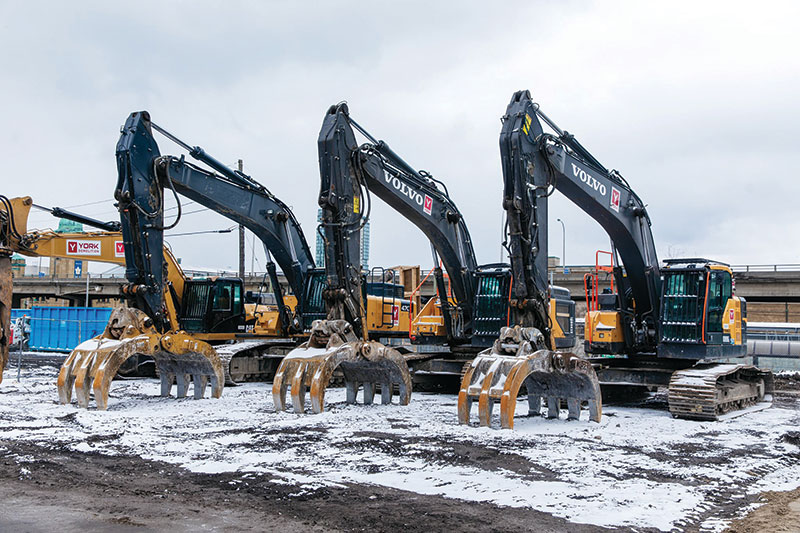 If Canada’s prospects for COVID recovery and economic growth crash in the forest of world business opinion, does it make a sound? Apparently not in Canada.

Canada depends on trade for more than two-thirds of its GDP and little over a decade ago Canadian users placed the country in the top 10 of global infrastructure rankings. In 2019, as trade has grown in importance, confidence levels in the country’s transportation infrastructure systems are ranked 32nd in the world.

The U.S. has also experienced a drop—of two points—from 11th to 13th, something hard to miss given the public alarm raised by President Biden, signalling that any drop is unacceptable.

Yet in Canada, our decade long decline has not raised the same level of alarm. To be sure, there have been moves to address the transportation infrastructure file such as the Pan-Canadian Competitive Trade Corridor Initiative, a National Supply Chain Task force and a National Infrastructure Assessment.

But governments are easily overwhelmed and sidetracked. Until elected leaders, federal and provincial, follow the Americans and forcefully commit to solving it, the problem will only get worse. This gives the appearance, correct or not, of a lack of commitment especially when contrasted to the reaction south of the border. Bold action is needed, and it is needed now.

What’s Canada lacks, and is critical to the improvement of its rankings, is a long-range, evergreen national plan.

Trade contributes three times more to Canada’s GDP than it does to the U.S. This money pays for COVID recovery, social services, a green future and all the things Canadians and the government say are priorities.

See also  Water Infrastructure: One Size Does Not Fit All

Canada’s drop in global rankings is an indicator of what has been long simmering. What is surprising is that the decline has been accompanied by capital spending by successive governments and massive private sector investment.

Yet these efforts by government and the private sector have not been enough for those rating Canada’s infrastructure.

The reason is identified in a recent analysis by the European Auditors comparing how the EU, U.K., Australia, and Canada manage large transport infrastructure projects. The study found Canada to be the only jurisdiction lacking coherent, institutionalized long-term coordination and planning.

The shorthand for this lack-of-planning approach is shovel ready—a term Canadians are familiar with thanks to the many government spending announcements since 2008.

Using shovel ready as a default to guide spending—even for emergency stimulus—is starting with an admission of failure. It signals that the country is incapable of, or indifferent to funding based on long-range, intelligence-based plans. It signals to domestic users and international customers that the country has not optimized infrastructure improvements to facilitate delivering goods and services. Shovel ready relegates to a secondary consideration whether investments are of top priority, will produce maximum return on investment, are of long-term value and can increase supply chain competitiveness. All these criteria define a shovel worthy approach.

Shovel ready is the wrong way to make large investments and an even worse way to manage serious long-term challenges like mitigating impacts of climate change and harms to traditionally marginalized communities. These are challenges best handled as components of a shovel worthy approach.

The first step is to follow what our competitors have done—produce ongoing, coordinated long-term national plans. As our competitors have found, fixing trade infrastructure also requires bringing in the private sector as a partner, not a consultee. Not only are they often owners, operators and users of transportation infrastructure, the private sector has unique, often proprietary knowledge that is critical for shovel worthy decision making.

The federal government’s National Infrastructure Assessment is a quiet yet potentially promising start to catching up with competitors and reversing the country’s decade long decline by laying the basis for ongoing national trade infrastructure plans. This needs to succeed. For that to happen, improving the country’s trade infrastructure and committing to permanent national plans need to be an articulated priority by government and opposition—federal and provincial.

Carlo Dade is the director,  Trade and Investment Centre at the Calgary-based Canada West Foundation.

Featured image: Shovel ready is the wrong way to make large investments and an even worse way to manage serious long-term challenges like mitigating impacts of climate change. (Government of Ontario)