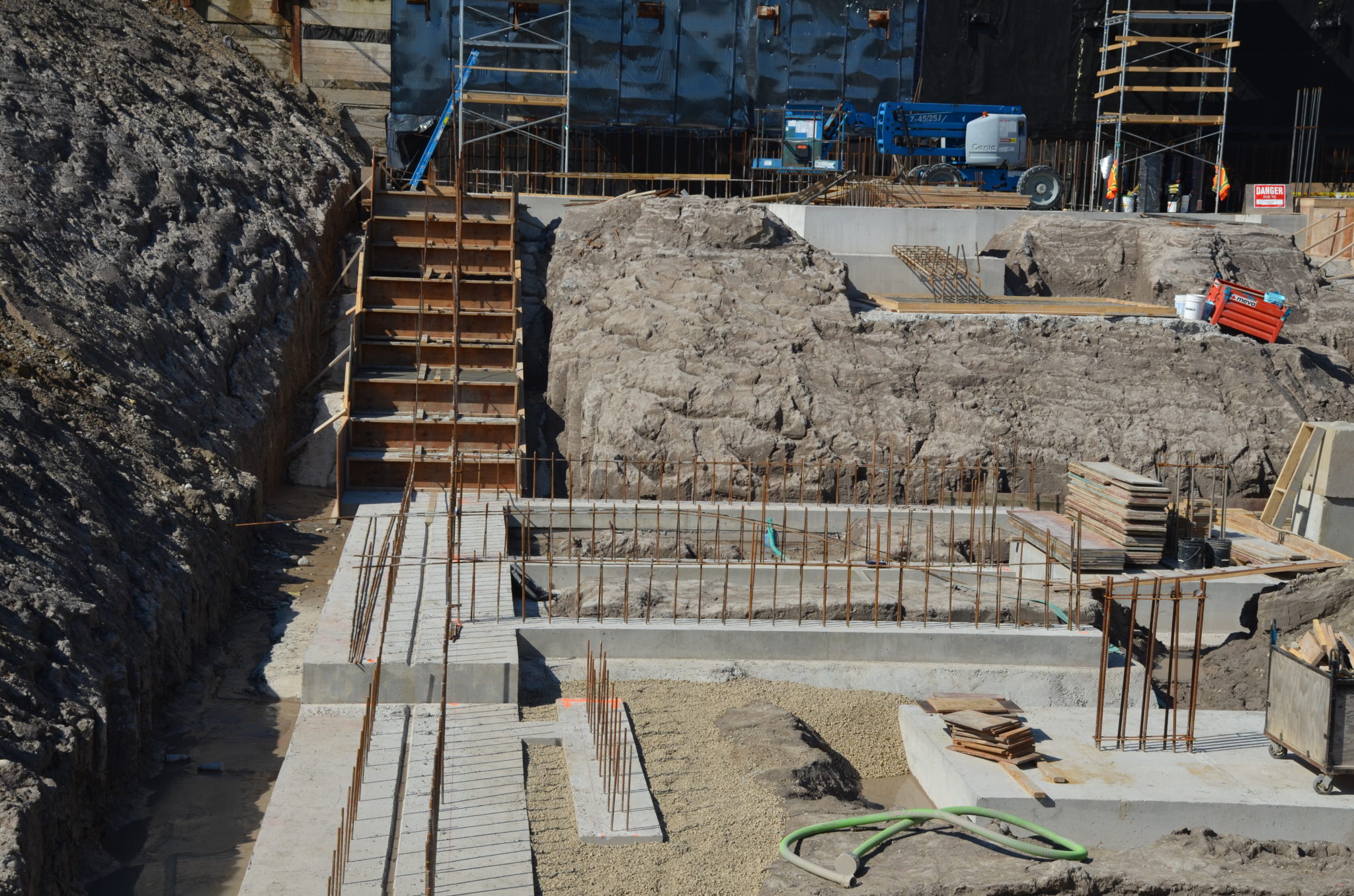 If anything can be said for the year that was in infrastructure, it’s that we enter 2018 with more questions than answers for so many key projects across the country.

Some of those unanswered questions are the result of political actions that have already come to pass. And with numerous elections slated for the coming year, we could face another calendar year where the powers that be cast a dark cloud over many of the assets we hope to see built or rehabilitated.

With that in mind, I have identified 13 key storylines that are bound to make headlines throughout 2018. With billions of dollars and thousands of jobs at stake, how these 13 stories play out in the coming year could very well determine the future priorities of infrastructure development across this country.

Here are the 13 stories to watch for 2018, presented in no particular order.

It wouldn’t be possible to create a list on 2018 infrastructure-industry headlines without starting with the Canada Infrastructure Bank (CIB). We have already seen the first example of just how the bank could work with the development of the $6.04-billion Réseau électrique métropolitain (REM) project in Montreal. With a growing list of projects that could be considered for the bank starting to accumulate, this should be the year when the money starts to flow to at least a few key infrastructure priorities.

Speaking of potential targets for the CIB, the proposed transit hub at Pearson International Airport near Toronto makes good sense so long as the business case is viable. There is no question that the airport needs better links to current and proposed regional transit systems, and the hub can fill the void.

The concept of a Northern Corridor that would provide a transportation link from coast-to-coast-to-coast gained traction in 2017 thanks to discussions in the Senate in June. With a projected cost of $100 billion according to a 2016 estimate, this could be the year where the Government of Canada could decide to spend the money on a business case for the massive project.

Speaking of business case, we discovered in 2017 that a report commissioned by the Ontario government suggested that $21 billion for a high speed rail link between Toronto and Windsor did make fiscal sense. Then, just a few months later, we learned of the potential for a second high speed rail link, one that would link Vancouver to Seattle and Portland. If there truly is a financially responsible case to be made for either project, could we finally see the development of high speed rail in Canada?

A new highway for Fort McMurray

In May of 2017, we learned that the Government of Alberta was dedicating $5 million to the design of a new highway to run through Fort McMurray. Dubbed the East Clearwater Highway, it is designed to link Fort McMurray, Fort McKay, and multiple oilsands sites to Highway 881. A basic concept submitted by the municipality of Wood buffalo estimated that the route would cost around $1.5 billion. Will the development of this new highway become Alberta’s biggest transportation priority for 2018?

The political uncertainly caused by our neighbours to the south has not slowed the development of multiple cross-border power projects, aimed at providing renewable power (initially) to customers in the U.S. In 2017, three key projects came closer to reality thanks to regulatory approvals, with the ITC Lake Erie Connector, Manitoba-Minnesota Transmission Link, and the Champlain-Hudson Power Link all nearing the initial phases of construction. And with power producers in Quebec and Atlantic Canada expressing interest in Massachusetts’ call for 9.45 terrawatt hours of new renewable energy by 2022, Canada is poised to capitalize on American energy needs.

Prime Minister Justin Trudeau announced at the Federation of Canadian Municipalities’ annual conference in June that the government would be committing tens of millions of dollars to a nationwide Smart Cities Challenge. As municipalities across the country prepare their proposals throughout this year, we should see some innovative solutions for building more resilient communities throughout Canada.

What will they do next?

Every change in government creates the potential for a shift in infrastructure priorities. But few predicted the lengths to which the decisions of the former B.C. Liberal government under Christy Clark would be challenged by Premier John Horgan when he took office. In the first few months, he called for the review of multiple projects, including the now $9.36-billion Site C Clean Energy Project, and tasked the new minister of transportation and infrastructure with analyzing the transit and transportation priorities of the mayors in the Greater Vancouver Area. With the majority of NDP support settled in the GVA and surrounding region, what impact will that have on infrastructure development in the province as a whole?

One of those transportation priorities in the GVA is the replacement of the George Massey tunnel. Under the previous government, it was decided that the tunnel would be replaced with a 10-lane bridge. However, when it was announced in September that an independent review would be held of the George Massey Tunnel Replacement project, and that the companies involved in the cancelled Request for Proposals process would receive up to $2 million to cover the costs, the uncertainty grew exponentially. In 2018, we’ll find out if the uncertainty was all for naught, or if a new direction will be taken for this vital transportation link.

A tale of two bridges

Speaking of bridges, on the same day that the B.C. government announced the review of the Massey project, the federal government announced its approval of the Ambassador Bridge Enhancement Project. With an early cost estimate of US$1 billion, the replacement of the 87-year-old structure comes despite the continued development of Gordie Howe International Bridge. Can these two projects really co-exist? Is there enough current, and future, cross-border transportation demand to make both of these projects viable for decades to come?

I think it is safe to say that this could be a make-or-break year for Bombardier when it comes to its involvement in the transportation industry. I think it’s also safe to say that no company playing in the Canadian infrastructure industry suffered more negative headlines in 2017 than Bombardier did, considering its ongoing disputes with Metrolinx, issues involving the Waterloo ION LRT, and the TTC’s decision to look elsewhere for new light rail vehicles for its current and future projects. If Bombardier is able to fix its supply chain issues, solve its problems surrounding low-floor capabilities and software malfunctions, and meet some of its delivery targets for Toronto’s multiple transit projects, then we could be singing the praises of their turnaround at this time next year. If not, then it could open the door wide for companies like Alstom, Siemens, and others to find new market share here in Canada.

It’s hard to talk about infrastructure and not mention the significant opportunities and challenges facing Canada’s largest city. With billions in projects underway, and billions more scheduled but unfunded, Toronto will need to find new revenues to build the infrastructure that it has recognized as priorities. And with both provincial and municipal elections scheduled for 2018, funding the unfunded could have a major impact on who governs the city at the end of this year.

Released in the fall of 2016, the Pan-Canadian Framework on Clean Energy and Climate Change signaled that the federal government would push infrastructure development towards the demands of a low-carbon economy. The report suggested the use of a green lens for looking at projects, and the need to change the procurement system for infrastructure development. As we enter 2018, we still don’t have a clear understanding of what that looks like, and how it will impact the business of infrastructure.

There is no shortage of important storylines playing out in 2018. To stay up-to-date with everything going on in Canada’s public infrastructure industry, visit the redesigned renewcanada.net and look for us on Twitter @ReNewCanada. You can also receive the biggest headlines in infrastructure right to your InBox by subscribing to the ReNewsletter at https://eepurl.com/c2DnW5