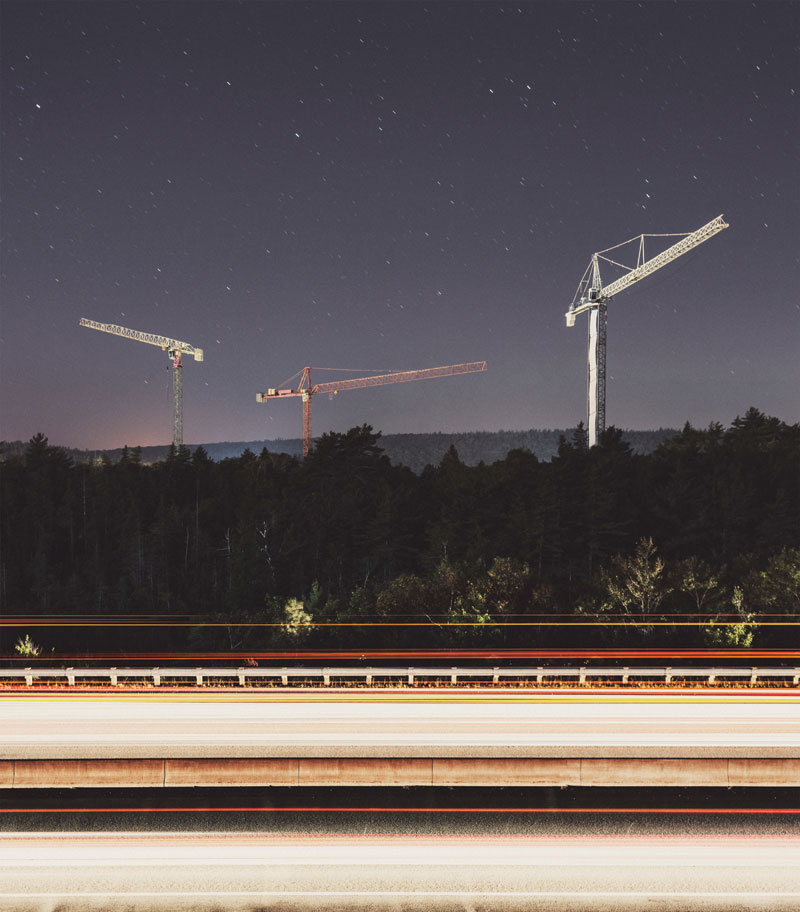 Transportation accounts for about a third of all greenhouse-gas emissions (GHGs) in Canada and, in most provinces, is the single largest source of emissions, followed closely by buildings and industry. As governments turn a sharp eye to meeting deep de-carbonization targets, it’s no surprise that parsing emissions-reduction opportunities in the transportation sector is a high priority.

At the federal level in Canada, we’ve already seen robust efforts to reduce the carbon intensity of cars by harmonizing with the new U.S. regulated vehicle efficiency standards. The new standards mean that cars built in 2025 will be, on average, almost twice as efficient as those built today. It’s an important development and a significant milestone, but one where the effects of the policy risk being washed out by potential growth in vehicle miles travelled.

The electrification of vehicles is another important strategy in terms of reducing the carbon intensity of cars and trucks. Market uptake of electric vehicles (EVs) is small but growing. Many provinces and municipalities are betting that this is a trend that will continue by scaling up their investments in EV infrastructure.

Getting people out of their cars altogether is a more difficult challenge, but one that large municipalities are keen to tackle as it aligns strongly with broader strategies for smart urban planning and quality of life. Walkable communities, public-transit-oriented development, and “human-scaled” densification are not new ideas from an urban planning perspective, but climate change has given them a new sense of importance and urgency.

Stronger efficiency standards for vehicles, rapid escalation of investments in the transition to electric vehicles, and climate-friendly urban planning strategies—these are the cornerstones of any strategy to tackle transportation-related GHG emissions. But what about the roads themselves? Recent research suggests that road design, materials, and maintenance can have a significant impact on carbon emissions at all phases in their life cycle from construction and maintenance to end of life.

See also  The Road Ahead

Across Canada, the way we design, build, maintain, and rehabilitate roads is based almost entirely on historical precedent. Very few governments even allow for alternative bid designs, meaning road-building contractors are artificially constrained from proposing innovations that could improve various qualities, such as price, performance, or carbon intensity.

On price alone, there is strong evidence that unleashing the competitiveness inherent to an unconstrained tendering process open to alternative bid design can lead to significant savings. Analysis of Oman Systems’ bid tab information confirms that competition between industries involved in the production of paving materials has a significant positive impact on pavement unit prices and agencies’ purchasing power. More competition translates to more roadways paved, with the same investment.

The same holds true when comparing life-cycle and initial costs. While initial cost has been the predominant factor in awarding road contracts, more and more evidence suggests that a life-cycle approach to costing would lead to more efficient spending on road infrastructure.

For example, most municipalities currently construct flexible (asphalt) pavements for virtually 100 per cent of their roadway network. Although suitable for lower-volume roadways, asphalt pavements may not always be the most cost-effective alternative when comparing life-cycle costs, particularly given that even the initial cost of flexible and rigid (such as concrete) pavements have equalized in recent years.

Paving the way to GHG reductions
Researchers at the Massachusetts Institute of Technology (MIT) have extended this life-cycle analysis approach to the question of the carbon intensity of road infrastructure to answer the question, “Can we pave the way to greenhouse-gas reductions?”

At the heart of MIT’s research are pavement-vehicle interactions and, in particular, how a pavement’s stiffness impacts fuel efficiency and, therefore, the carbon emissions of combustion-powered cars and trucks. While research had already shown, as intuition would suggest, that smooth surfaces are more fuel efficient for vehicles than rough surfaces, early attempts to study pavement vehicle interactions were challenged by the ability of even today’s most sensitive instruments to measure small differences in the field. So MIT developed a computer model calculate excess fuel consumption due to the deflection of pavements.

MIT found that typical flexible pavements result in more deflection than typical rigid pavements. That is, the weight of a vehicle is sufficient to create a microscopic depression in flexible pavements “so that, to a very small extent, the car is always going ‘uphill’ and uses more fuel,” according to a 2011 MIT News article. In contrast, “stiffer roads, such as those made from concrete rather than asphalt, can […] provide a slight boost in efficiency.”

This effect is more pronounced the heavier the vehicle and the softer the pavement, so the excess fuel consumption generated by deflection is greater for transport trucks than for cars, and can be exacerbated when temperatures are very high (when asphalt gets softer).

On average, stiffer pavements yield a three-per-cent improvement to fuel efficiency. MIT predicts that, in the U.S. pavement network, stiffer pavements could reduce annual CO2 emissions from cars and trucks by some 46.5 million metric tons. More impressively, MIT has shown how department of transportation data on pavement material, condition, and traffic patterns can be mapped to identify GHG hotspots and prioritize road rehabilitation and material selection. This kind of analysis could offer provinces and municipalities a powerful tool for prioritizing limited road rehabilitation budgets and choosing the most appropriate paving material to match the local conditions.

MIT’s findings demonstrated that design criteria for roadways tend to be generic rather than tailored to the local demands of a specific project. As a result, many roads are not properly engineered, resulting in wasted money and natural resources. When roads do need to be strong, rigid concrete pavements require 66 per cent less energy to build and maintain and 73 per cent less aggregate than an asphalt equivalent design, again resulting in savings and a lower overall environmental impact.

Maintenance schedules are not optimized to account for pavement smoothness. Increased maintenance frequencies, particularly for flexible pavements susceptible to potholes, rutting and cracks, would help maintain smoothness and reduce “excess fuel consumption” (though this would need to be balanced from with cost, increased resource consumption, and construction-related traffic delays).

Using high-albedo, lighter-colour pavements can reduce lighting demand (and electricity-related GHGs) by more than 22 per cent.

By the same mechanism, lighter-colour pavements reflect more sunlight, which can directly reduce the warming of the climate and indirectly reduce cooling demand in denser urban areas. In the case of concrete, this effect can be improved by adding lighter-colored aggregate (gravel or crushed rock) and/or slag as supplementary cementing material to the concrete mixture.

Greater use of low carbon concrete mix designs, such as those using supplementary cementitious material like fly ash or slag, can significantly reduce the carbon emissions associated with the production of the pavement material itself. A recent cement innovation in the Canadian market called Contempra (Portland Limestone Cement) reduces the GHG footprint of cement by 10 per cent while producing concrete with the same level of performance as regular cement.

Finally, there is the challenge of resilience and climate adaptation. In areas prone to frequent flooding, or at risk of flooding from storm surges, pavement design must account for increased water stress. Winnipeg, the only city in Canada to have used concrete extensively in their road network, did so on the basis of the frequent flooding in that city. Since concrete pavements distribute most of their load to the slab, they protect the subgrade during flooding events.  This effect was demonstrated after hurricane Katrina, when concrete roads in the city of Louisiana were relatively unaffected by the extensive flooding, whereas many flexible asphalt roads were significantly degraded.

The future of pavement design
Canada is on the verge of major investments in infrastructure. Many provinces and municipalities are looking to ensure that those investments support the long-term goal of creating low-carbon communities but also communities that are designed to weather changes in future climate. When it comes to pavement, we’ve made significant progress in understanding how life-cycle assessment and other tools can help us design, build, and maintain roads with a significantly lower carbon footprint. Researchers are also beginning to study how changes in our climate impact on pavements so that we can design more resilient roads (see “Northern Exposure” on page 16).

The key to leveraging this knowledge is:

This would foster innovation and unleash the unexplored opportunities to significantly—and cost effectively—reduce GHG emissions in the transportation sector.