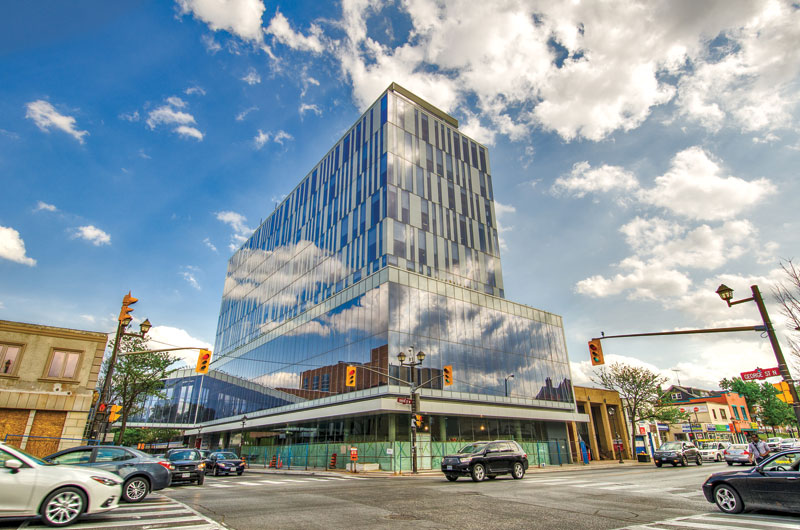 Champions of competitive dialogue advocate that it provides innovative solutions to the need to deliver value for money. Through enhanced competition between bidders to showcase their unique solutions and skills for the project, proponents argue that competitive dialogue can achieve better price discipline, improved bidder/owner relationships, and an overall less rigid methodology compared to a traditional procurement. The model’s objective is to find the best team and approach for the procurement, with value (as opposed to price) playing a much more prominent role. On the flip side, detractors of this model would counter that a competitive dialogue process is more time consuming and expensive, with less predictable variables, and contrary to Canadian procurement law and restrictions against bid shopping.

Although time will expose the true value of the competitive dialogue process, like most debates it likely falls somewhere in the middle of the opposing views. Competitive dialogue can potentially be more complex than traditional procurement methods, and care must be taken to ensure that both common law and statutory procurement requirements are adhered to. However, with the appropriate diligence, competitive dialogue has the potential to provide a unique mechanism for innovation procurement and can be expected to evolve in Canada into a new tool to be added to the project delivery toolbox.

What is competitive dialogue?
Competitive dialogue is a process whereby the procuring authority develops an outline for its project requirements and tasks the responding proponents with developing their own unique and innovative proposals to meet the needs of the project. Proposals can take on a variety of forms. Ordinarily, the only limitation is the project requirements. After proposals are received, there is a well-defined process prescribed to enable each proponent with a viable proposal to go through a confidential negotiation process with respect to their proposal. After negotiations, the proponents then submit a best and final proposal. The proposal that best fits the need of the procurement authority is selected.

Case study: City of Brampton
The City of Brampton’s southwest quadrant renewal plan used a competitive dialogue process, and illustrates some of the opposing views set out above. In 2009, Brampton, Ontario sought to secure additional and connected administrative space in its downtown area and opted to use a competitive dialogue process. Some of the guiding principles of the procurement included controlling space costs, ensuring value for money, contributing to the revitalization of the downtown core, and ensuring the city is recognized as an employer of choice. Brampton confirmed it would consider alternative proposals, including a Brampton-owned and operated building, a lease-leaseback arrangement, a build-to-suit arrangement, and a lease of the property with an option to buy.

Brampton received three proposals. One of the proposals was disqualified on the basis of alleged communications with Brampton, contrary to the requirements of the request for proposals (RFP). The disqualified bidder has commenced litigation against Brampton in respect of the disqualification, alleging negligence, bias, and breach of contract.

After going through the competitive dialogue process, Brampton selected a proposal for the construction of a new development on a “lease-to-own” basis. Brampton’s decision was immediately met with criticism by some citizens and media sources. The issues raised with the administration of the process focused on a lack of transparency and concerns in respect of budget overruns. At the centre of these criticisms was the competitive dialogue process. As set out by interest group Citizens for a Better Brampton:

“It seems very hard to understand why the City needed to go to the expense of hiring a highly paid consultant to recommend and help implement the ‘Competitive Dialogue’ RFP process, a European import procurement concept which was totally unfamiliar in Canada. It was only instigated in the U.K. in 2006 [sic] to be used in large and complex projects. To date, so few have been completed that there is limited experience with its success or legal exposures. The interpretation of the process by staff and the Canadian consultant resulted in extreme secrecy and control of information, shutting out even the elected politicians as well as the public. In our opinion, it was simply an inappropriate, costly, and unduly complicated concept to be used in Brampton to build its relatively small, straight forward City Hall expansion project for which the public demanded transparency and accountability. Too much authority and latitude was delegated to staff that were themselves unfamiliar with the process and seemingly not schooled in development matters.”

“In a situation in which the City knew how much space it needed, but was not in a position to define or design in advance the form in which its needs and objects were to be met, City Council and staff utilized a novel approach properly suited to the situation, and retained specialized consultants to assist in its administration, resulting in a fair and effective competition and evaluation process.”

Brampton’s experience with competitive dialogue would appear to be consistent with the commentary on the European experience.

One significant consideration is to ensure the procurement process does not offend legal restrictions in respect of bid shopping. Western Plumbing and Heating Limited v. Industrial Boiler Tech-Inc. (2000) defines bid shopping as follows: “conduct where a tendering authority uses the bids submitted to it as a negotiating tool, whether expressly or in a more clandestine way, before the construction contract has been awarded, with a view to obtain a better price or other contractual advantage from that particular tenderer or any of the others.”

At first blush, it would appear difficult to reconcile the avoidance of bid shopping with a negotiated procurement process. However, this matter is more nuanced than it appears. It is conceivable that appropriate safeguards can be built into the instructions to bidders to keep confidential the negotiations and bidder information to minimize the risk of bid shopping.

Another consideration, at least for public sector institutions, is the applicable procurement directives that must be adhered to in any procurement. One imposition imposed by such directives may be the need for a procurement to include standardized evaluation criteria, and to adhere to the principle of transparency. Again, these concerns can be managed in the instructions to proponents with a carefully crafted selection process that identifies who will be involved in the selection, and the criteria for determining the best value. The expectation is that different project delivery proposals will be considered objectively using pre-set criteria, which should assist to mitigate the risk of requiring a standardized evaluation process.

Conclusion
For a procurement involving differing proponent methodologies or specific propriety products, or a situation where the owner does not know what specific solutions are available in the marketplace to best meet its needs, a rigid traditional tendering process may not provide the flexibility necessary when compared to a competitive dialogue process. However, as with any new procurement method, appropriate legal diligence is required to ensure a successful process. This should not be a deterrent. While there will no doubt be a period of trial and error with the competitive dialogue process before sufficient learned lessons evolve, these lessons will refine the process for the Canadian marketplace. It can be anticipated that the development of competitive dialogue in Canada can result in an additional effective procurement tool.