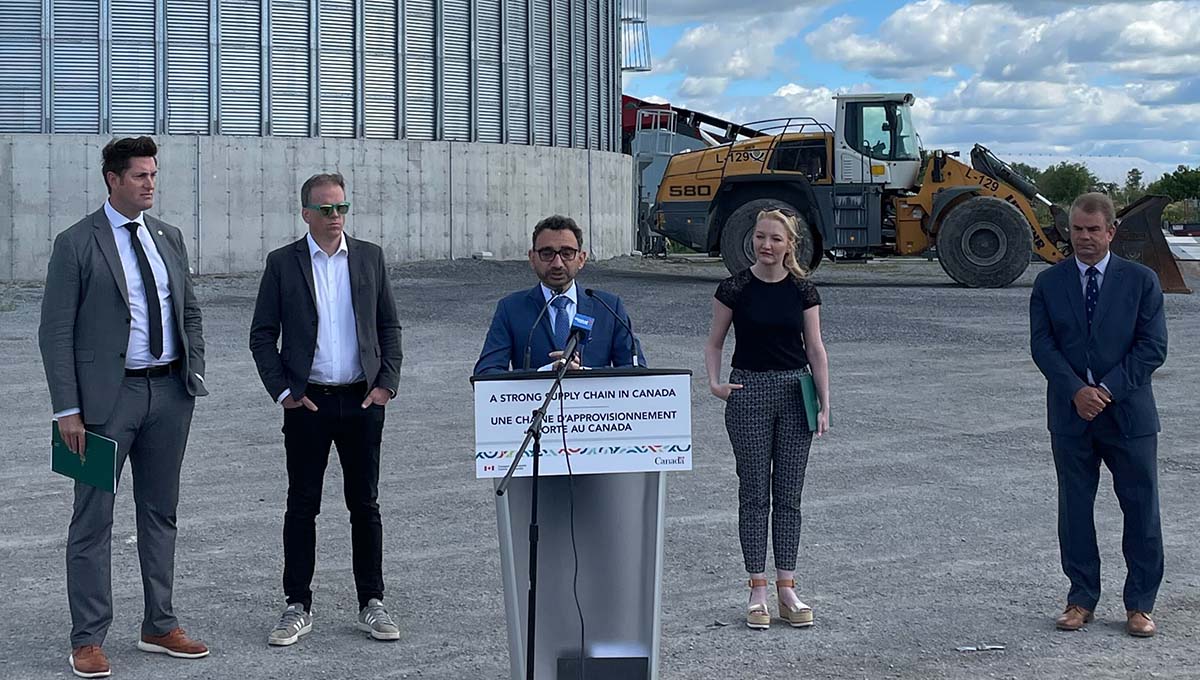 Transport Canada announced close to $14 million in funding for an export expansion project at the Port of Oshawa. As the recipient, the Hamilton-Oshawa Port Authority is contributing $16 million, representing a total investment of almost $30 million.

With this investment, new infrastructure will be built to modernize operations in the port’s main area and position it for growth. Other improvements planned at the port include expanding marine infrastructure, upgrading storage and container terminals, as well as extending and paving roads in the harbour. This project will also increase grain exports and improve the fluidity of deliveries.

“This project represents a major opportunity to increase capacity to import and export goods in and out of Ontario through the Port of Oshawa. By supporting the Hamilton-Oshawa Port Authority, we will improve the movement of goods across Canada’s transportation networks and keep Canadian supply chains competitive.” said Omar Alghabra, Minister of Transport.

Major rehabilitation work ahead for Victoria bridge in Montreal