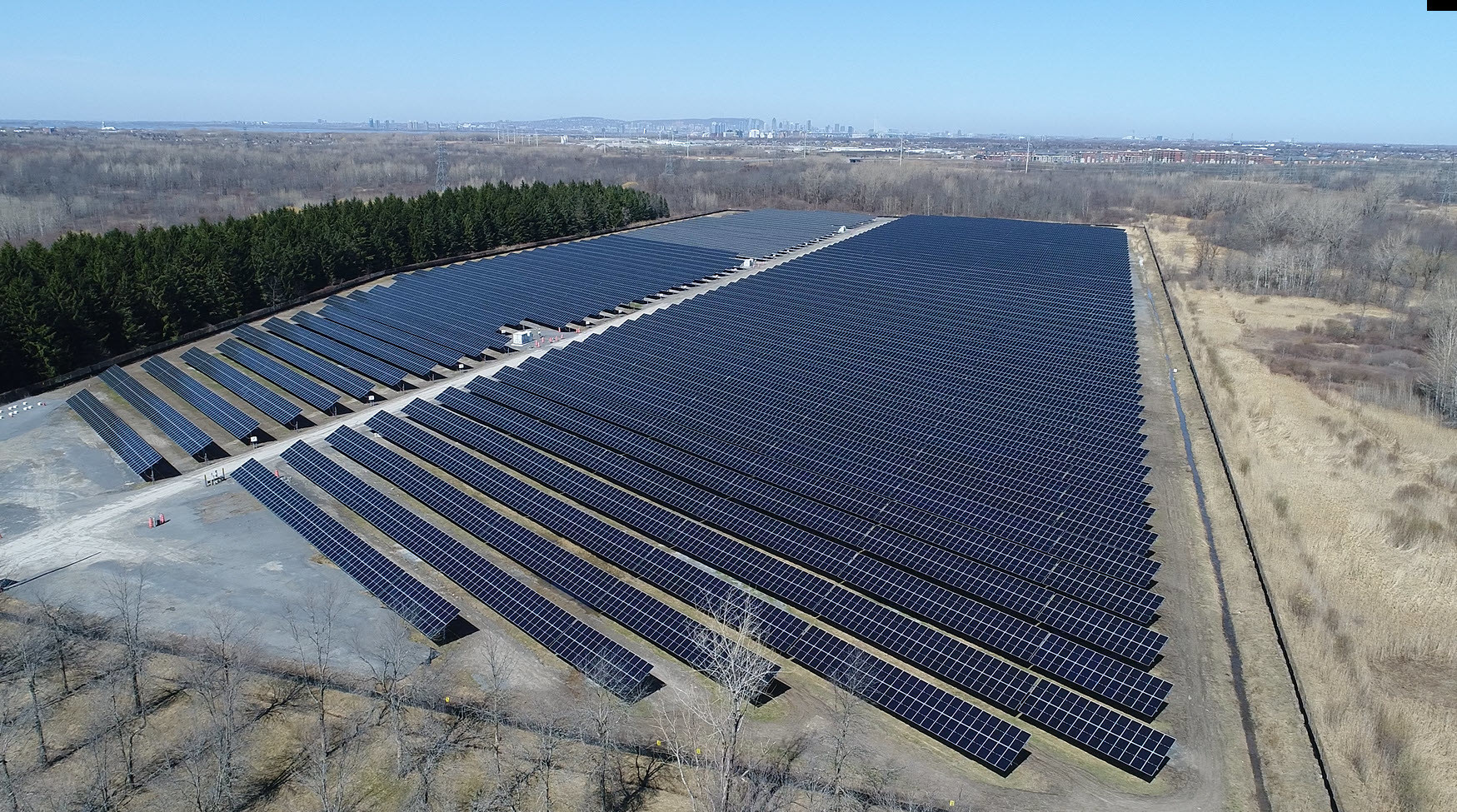 For the first time in Hydro-Québec’s history, solar power is now supplying the company’s grid. Gabrielle-Bodis generating station, located in La Prairie, and Robert-A.-Boyd generating station in Varennes were inaugurated.

The generating stations have a combined installed capacity of 9.5 MW and will be able to generate close to 16 GWh of solar power annually—equivalent to the consumption of 1,000 residential customers. These facilities will help Hydro-Québec determine whether solar power is a good fit for our generating fleet, our transmission grid and the Québec climate.

“We are pleased that Québec is entering the field of solar power generation by leveraging the expertise of local firms, both for the construction of the generating stations—with Borea—and for the purchase of some of the panels—with Stace,” added Jonatan Julien, Minister of Energy and Natural Resources.

She was still the only woman among the company’s 439 engineers in 1967, when she first started visiting jobsites (Carillon, Rapides-des-Îles, Première-Chute, Manic-2 and Manic-5)—something only men had been permitted to do up until then.

Robert A. Boyd
The first Francophone engineer hired by Hydro-Québec, Robert A. Boyd was a key player in the implementation of French within the company and the development of the Baie-James region. He also supported Lionel Boulet in the creation of IREQ, travelling with him throughout the world and helping to recruit key scientists. Together, they made a major contribution to Hydro-Québec’s international reputation.

HydroOne to develop and construct transmission infrastructure in southwest Ontario