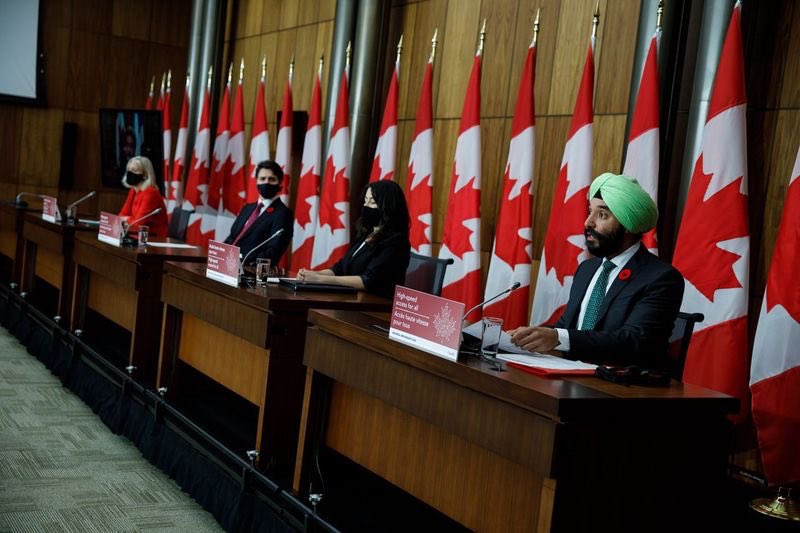 The Government of Canada announced an investment of $1.75 billion to help connect Canadians to high-speed Internet across the country by 2026, with the goal of connecting all Canadians by 2030.

During the ongoing global COVID-19 pandemic, Canadians have needed to rely on the Internet more than ever before. However, many communities, especially remote and northern communities, still don’t have satisfactory broadband infrastructure.

Announced originally in Budget 2019 as $1 billion, this additional funding of $750 million for the Universal Broadband Fund will help advance projects with partners, like the Canada Infrastructure Bank, to connect Canadian households and businesses in underserved communities over the next six years. This includes a $150 million Rapid Response Stream with an accelerated application process to allow shovel-ready projects to get started right away.

The federal government also announced an agreement of $600 million with Canadian satellite company Telesat to improve connectivity and expand high-speed Internet coverage to the far north, rural, and remote regions across Canada, through low-earth-orbit satellite capacity.

“The pandemic has made the Government’s commitment to connect all Canadians to high-speed internet more important than ever,” said Catherine McKenna, Minister of Infrastructure and Communities. “The Canada Infrastructure Bank’s $2 billion broadband initiative will help accelerate connectivity in Canada by developing and delivering large-scale, high-impact projects, including through a collaboration with the Universal Broadband Fund. The CIB’s investments in broadband will connect more than three quarters of a million households and businesses in underserved communities, improving lives and creating good jobs.”

This is the largest one-time federal investment in broadband. It will support Canadians living in rural, remote, and northern communities and move forward the federal government’s commitment to create over one million jobs.

“Our connections have been our biggest strength in response to the pandemic and it’s our connections that will drive our economic recovery in the post-pandemic world. Our government introduced the first national plan to connect all Canadians to high-speed internet and we are delivering,” said Maryam Monsef, Minister for Women and Gender Equality and Rural Economic Development. “Our investments will connect 1.7 million households to better internet and the Universal Broadband Fund will build on progress to date, placing Canada at the head of the pack globally for countries that are rapidly investing in their high-speed networks.”

The Canada Infrastructure Bank recently announced a $2 billion broadband initiative as part of the Growth Plan. This initiative will help connect approximately 750,000 homes and small businesses to broadband in underserved communities, so Canadians can better participate in the digital economy.

Featured image: The historic investment was made by the following, from left to right: Catherine McKenna, Minister of Infrastructure and Communities; Justin Trudeau, Prime Minister of Canada; Maryam Monsef, Minister for Women and Gender Equality and Rural Economic Development; and, Navdeep Bains, Minister of Innovation, Science and Industry.