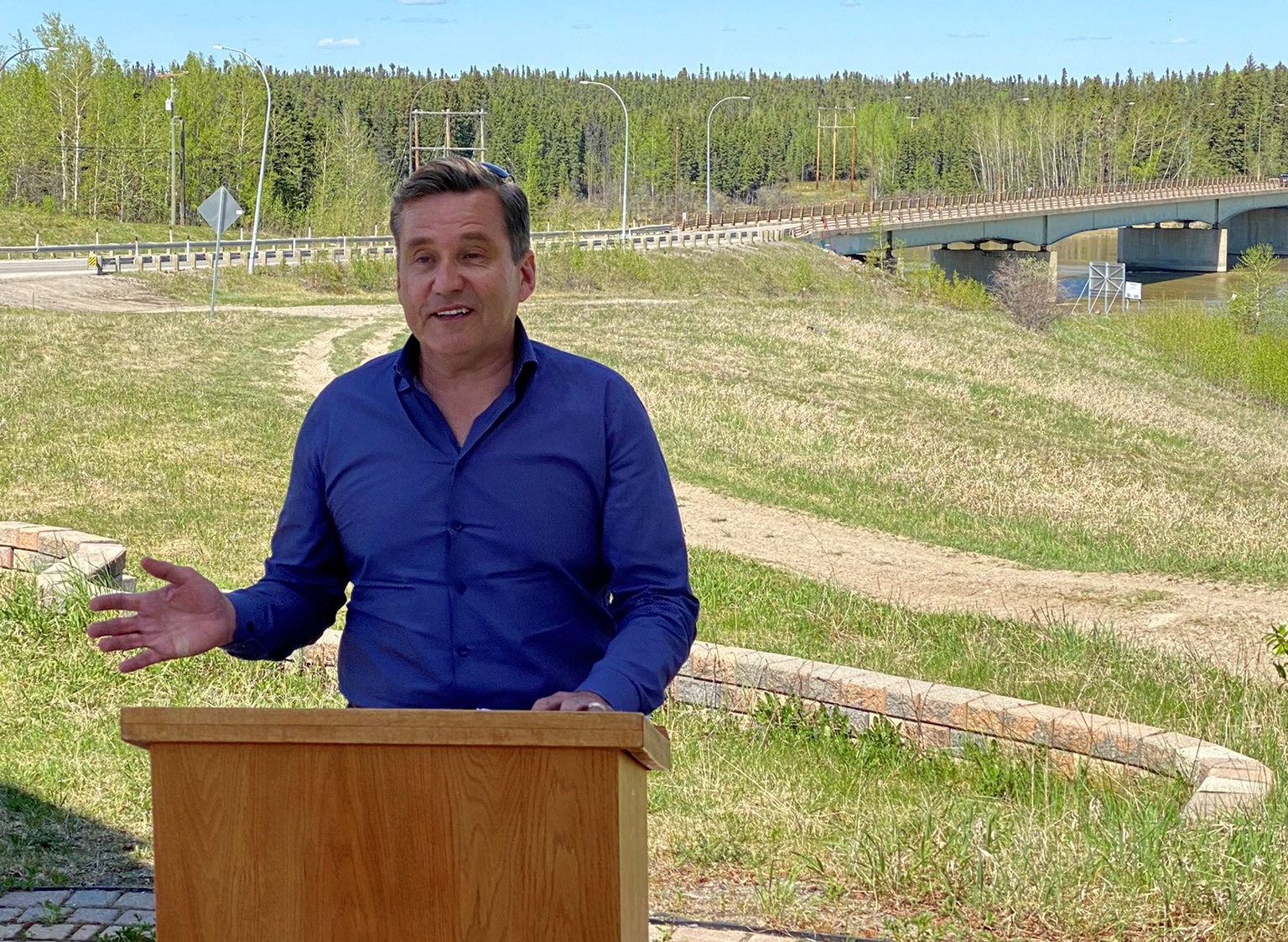 The Manitoba government is investing $36 million toward the rehabilitation of the Miles Hart Bridge, which spans the Burntwood River three kilometres north of Provincial Trunk Highway 6 in Thompson.

“Our government recognizes the importance of quality infrastructure in strengthening transportation routes and contributing to economic development, a commitment we confirmed in the three-year capital plan announced as part of Budget 2022. This project will provide an improved, safe and sustainable bridge crossing on Provincial Road (PR) 391 for residents and communities in northern Manitoba,” said Transportation and Infrastructure Minister Doyle Piwniuk.

“The Miles Hart Bridge is a vital link between Thompson and the northern communities we serve,” said Mayor Colleen Smook, City of Thompson. “It’s also essential to our place as a transportation hub for northern Manitoba, connecting road and rail cargo to our airport, one of the busiest ones in Manitoba. It’s served a growing north for more than fifty years; now, it can connect us for another fifty.”

Construction on the Miles Hart Bridge is scheduled to begin this August and be substantially complete in 2024, noted the minister. This project supports the development of PR 391 as the main thoroughfare for many northern communities that require PR 280 and PR 391 to access the provincial highway network. Manitoba Transportation and Infrastructure is partnering with the community to pay tribute to Indigenous culture by featuring inspirational sayings in local languages as part of the project.

“It is essential to see investments that maintain and rehabilitate critical infrastructure in northern Manitoba,” said Grand Chief Garrison Settee, Manitoba Keewatinowi Okimakanak (MKO). “MKO citizens travel to Thompson regularly to access health-care services. Everyone deserves access to safe highway infrastructure. I encourage the Province of Manitoba to continue investing in our region.”

As the entrance onto PR 391, the bridge rehabilitation represents an important investment in all-season access for residents of several communities, including Nelson House, Leaf Rapids and Lynn Lake, the latter being the site of the Alamos gold mine exploration project, the minister noted.

Once operational, the Alamos gold mine is projected to extract 145,000 ounces of gold per year with an expected mine life of 12 years that would create more than 500 jobs. The company has indicated ore hauling will begin next year, utilizing a significant stretch of PR 391