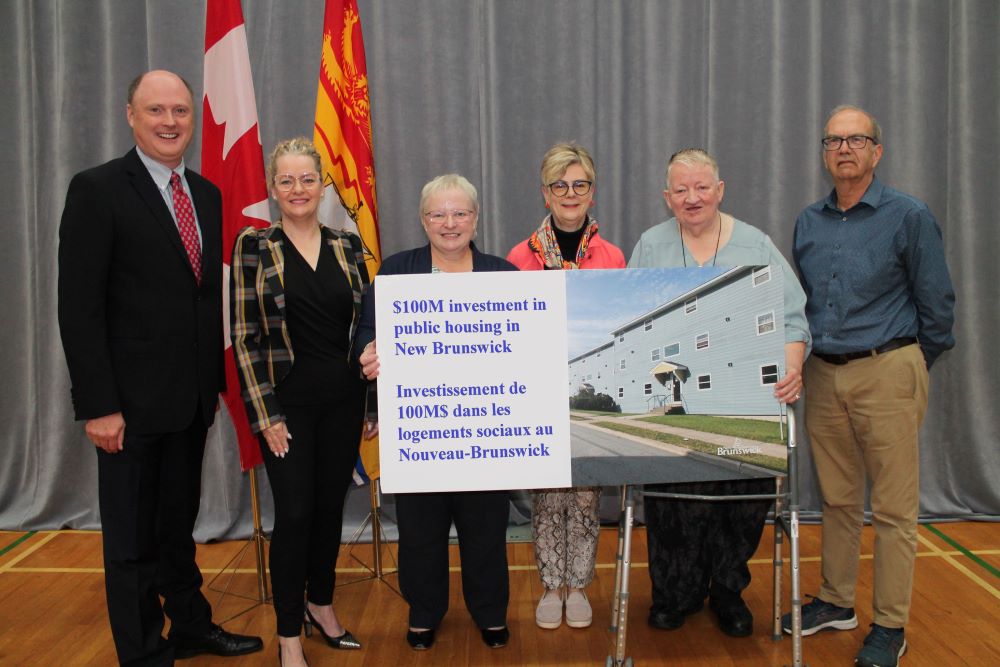 The Government of New Brunswick announced it will invest $102.2 million to build 380 new public housing units over the next four years and make immediate renovations to 110 vacant units.

“Significant cost-of-living increases, combined with a housing market boom, has contributed to an unprecedented demand for public housing units,” said Social Development Minister Dorothy Shephard. “This important initiative will result in the building of the first government-owned housing units in 38 years. This shows the commitment of this government in providing more affordable housing to eligible New Brunswickers.”

The new units will be built as follows:

The Department of Social Development currently owns and operates 808 public housing buildings across the province, containing about 3,800 units. Most of these units were built in the 1970s, with the average age being 52 years old.

“There has not been a major capital renovation and replacement plan for public housing in decades, which has contributed to the current poor state of the infrastructure,” said Shephard. “Currently, about $15 million per year is spent on maintenance and improvements through the ordinary budget. We now plan to invest an additional $2.2 million this year to ensure that 110 of the vacant units can be occupied as quickly as possible.”

Most of the vacant units are in need of repairs and modernization. While some renovations may be minor, others involve substantial work, such as the repair or replacement of windows, doors, flooring, bathrooms, kitchen cupboards, countertops, appliances or drywall. Due to the age of the units, some also require upgrades to electrical or plumbing systems.

“For the last three years, this government has been making major investments in housing,” said Shephard. “The budget allocated to the housing portfolio has increased by over 22 per cent, from $97 million to about $120 million this year. We have also exceeded our target for new affordable housing units created by the private and non-profit sectors over the last three years. We reached 177 new units, and we now work to see the creation of 405 more new affordable units on the market within the next three years, in addition to the new public housing units.”