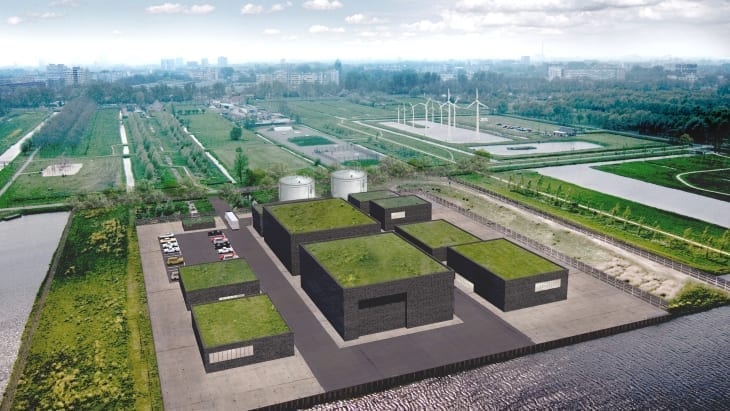 New support for small modular reactor (SMR) research and technology development in New Brunswick will help produce non-emitting energy and reduce storage of nuclear waste. SMRs, as a non-emitting source of energy, have the potential to support the fight against climate change and provide economic benefits as Canada transitions to a clean growth economy.

The Government of Canada recently announced an investment of $50.5 million in Moltex Energy Canada Inc., provided through the Strategic Innovation Fund (SIF) and the Regional Economic Growth through Innovation (REGI) program.

This contribution will help Moltex develop a Stable Salt Reactor – Wasteburner (SSR-W) that will produce emissions-free energy through the WAste To Stable Salts (WATSS) process that recycles existing used nuclear fuel to produce non-emitting energy. This technology has the potential to reduce storage needs for existing used nuclear fuel and could lead the way in establishing a first-of-its-kind, world-class non-emitting-energy system for Canada and the world.

“As we continue to protect Canadians and support them through the COVID-19 pandemic, we must also lay the foundation for a better-prepared, healthier and more prosperous Canada. The investments announced today have the potential to play a critical role in fighting climate change and will boost Canada’s economic stabilization after the pandemic,” said François-Philippe Champagne, Minister of Innovation, Science and Industry.

These projects support the Government of Canada’s Innovation and Skills Plan by building a highly skilled workforce and advancing research in new foundational technology—a key component for future economic growth and innovation. They also support Canada’s SMR Action Plan, which outlines a long-term vision for the development and deployment of this technology in Canada and the world.

“We are extremely grateful to the federal government for its support of our project to design and commercialize an innovative nuclear reactor and nuclear waste recycling facility,” said Rory O’Sullivan, chief executive officer for North America, Moltex Energy. “We are one step closer to providing clean, reliable and affordable energy to the province of New Brunswick, while growing the economy and creating high-value jobs. This investment will support economic recovery and help Canada meet its net-zero emissions and waste minimization goals.”

The SMR technology being developed by New Brunswick-based Moltex Energy is grid-connected and can produce 300 MW of electricity. It seeks to generate emissions-free energy through a process that recycles existing used nuclear fuel, potentially offsetting up to 2.1 million tonnes of greenhouse gases.